If army comes into power in Pakistan, people will distribute sweets: Imran 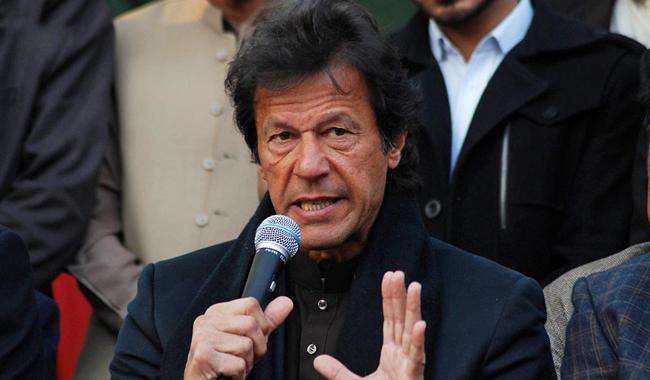 ISLAMGARH, MIRPUR: PTI chief Imran Khan said on Sunday that if the armed forces were to take over Pakistan, people would distribute sweets.

Addressing an election rally in Islamgarh, Mirpur, the PTI chief said that the Turks had sided with their civilian government and pushed back the army because their government sincerely worked for the masses.

"The Turkish public saved democracy in their country," he said. "Meanwhile in Pakistan, people are ruling as kings in the name of democracy," he added.

Imran said that Turkey was the first country who repaid all its debt. He also stated that Turkey spent three times as much money on its education as Pakistan. The PTI chief said that had the army taken over in Pakistan, there would have been a different scenario.

"Had the army taken over in Pakistan, people would have distributed sweets," he said.

Imran said that when the government sincerely worked for the people, then the masses sided with it. He also stated that democracy had nothing to fear from the army but Nawaz Sharif's dictatorship.

"The country is being looted in the name of democracy," he said. "Institutions are being destroyed and democracy is being ruined in the country," he added.