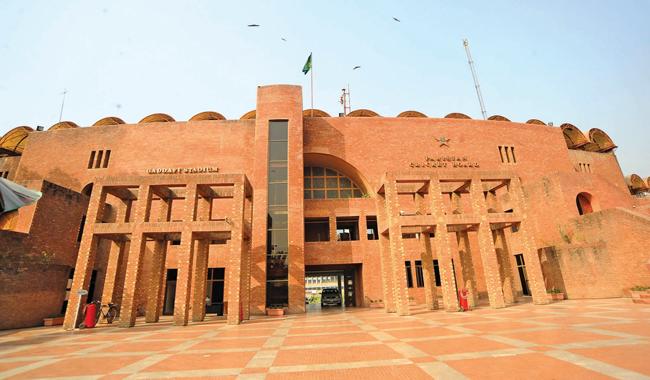 LAHORE: Pakistan Cricket Board (PCB) board of governors’ member Najam Sethi took to Twitter late Sunday evening to announce that he has proposed for the famous Qaddafi stadium to be named after the late humanitarian, Abdul Sattar Edhi.

Najam Sethi has requested the governing board to consider his request of renaming the stadium.

Another online petition to rename the new Islamabad airport after Edhi has also been gaining popularity across the internet; the petition has been signed by more than 36, 000 people.

The iconic social worker was given a guard of honour and a 19-gun salute by the Pakistan Army as his body was taken away from the National Stadium after a state funeral. His body was then taken to Edhi village, where he was laid to rest.

Video: Khushab citizens in panic as gang of half-naked robbers emerge in city