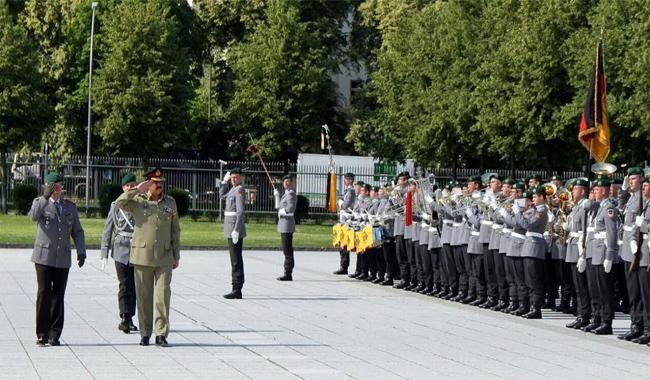 Army Chief General Raheel is on a two-day official visit to Berlin.

According to tweets by DG Inter Services Public Relations (ISPR) Lt-Gen Asim Bajwa, the COAS was given guard of honour on his arrival at the historic German Ministry of Defence.

It added, during the meeting, German Defence Minister specially appreciated COAS's consistency and will in fighting terrorism.

The Army Chief will visit Czech Republic where he will be meeting with political & military leadership after his visit to Germany concludes, according to ISPR.