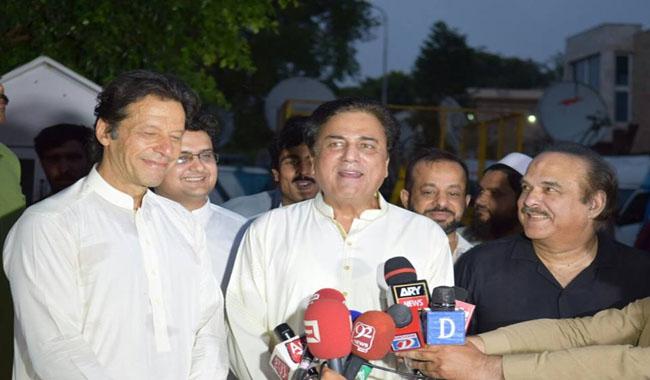 Imran Khan visited Bukhari at his residence before Iftar after which the formal announcement was made during a press conference.

Speaking on the occasion, Imran Khan thanked the lawyer for joining the PTI and expressed the hope that he would be helpful in party’s struggle against corruption.

He said Naeem Bukhari was his old friend who helped him in fundraising.

His open letter to former military ruler General Pervez Musharraf against Chief Justice Iftikhar Mohammed Chaudhry led to the dismissal of the Supreme Court judge in 2007.