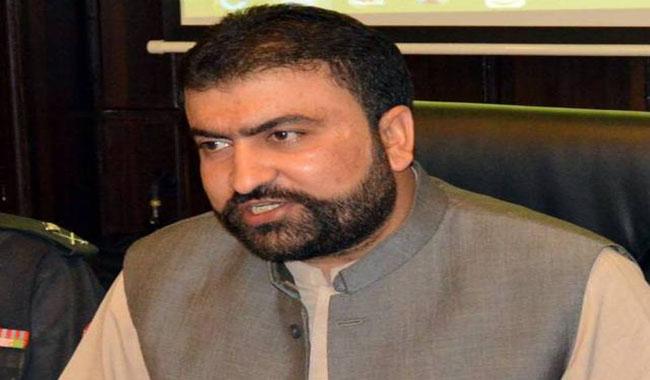 He said the suspects, most of them Afghan refugees, were planted by Afghan intelligence agency National Directorate of Security and Indian intelligence RAW and confessed to killing more than 40 Pakistanis in various acts of terrorism.

He said Pakistan sheltered the Afghan refugees and in return for its hospitality got stabbed in the back.

“Enough is enough, Afghan refugees will now have to leave…it is up to them whether they chose to leave honorably or get thrown out by people of Balochistan,” he said.

“Want to give the Afghan president a message that if Afghanistan involves in killing of Pakistani people then things will deteriorate to the level where relations between both the countries would suffer,” stated Bugti.

During Bugti’s press conference, in a video confession, an alleged under custody Afghan militant said that he paid 30,000 for a fake NIC in Pakistan.

“I am an Afghani from Helmand,” confessed the detained militant from Afghanistan.

The militant also said that he went to Afghanistan in 1996 and returned to Pakistan in 2005.

“During Hamid Karzai’s rule in Afghanistan we came to Pakistan and started living in Muslim Bagh refugee camp, “said the Afghan agent.

One of the Afghan agents said during the video confession that he had met a person named Qazi Noor Muhammad who works for NDS in Afghanistan.

“Noor Muhammad made me meet NDS members, who said that we will spread unrest in Balochistan,” said the Afghan agent