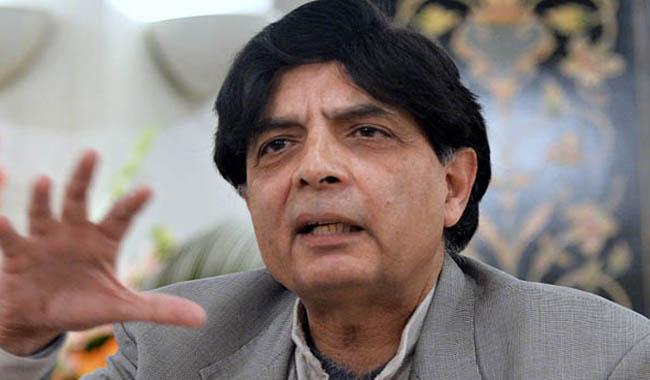 Speaking at a press conference, the minister rejected criticism for removing the name of former military dictator from the Exit Control List (ECL).

“Supreme Court’s decision should be acceptable to all, and the Attorney General of Pakistan didn’t commit a sin by saying the same thing,” he said.

He said Musharraf’s name was on ECL for the last two years and the prevailing government opposed removal of his name from the list.

He said those who bade farewell to Pervez Musharrad, accorded him guard of honor, and gave him safe passage are now criticizing the government which initiated the treason case on the orders of Supreme Court against him, an obvious reference to Pakistan People’s Party.

The minister said Prime Minister Nawaz Sharif had no personal enmity with the former president as he had pardoned him for the wrongs he had done to him.

He said Pervez Musharraf was facing treason case for imposing emergency. “The emergency was not imposed on us. It was against judiciary as judges were arrested after it was declared,” he said.

Chaudhry Nisar Ali Khan said the lawyers of the former military dictator had assured the Supreme Court that their client would return to the country and would face the cases in courts. He said Musharraf was allowed to travel abroad on humanitarian basis.

All industries, establishments in Punjab permitted to function 24/7 with coronavirus guidelines