Pakistanis being deported in violation of laws: Nisar 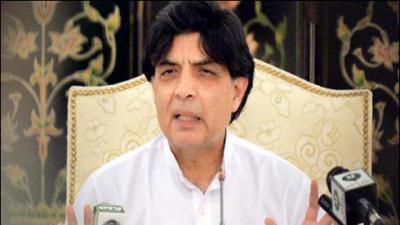 ISLAMABAD: Interior Minister, Chaudhry Nisar Ali Khan on Saturday said that the procedure being followed to deport Pakistanis is tantamount to degrading humanity and an insult for Pakistani nationals.

In a statement, Chaudhry Nisar expressed his dismay over the way Pakistanis were being deported, saying the relevant laws and agreements were not being followed in this regard.

“Performance of some of the embassies is very disappointing viz a viz deportation of Pakistanis,” he lamented.

He said on the basis of fake documents, citizens of Afghanistan, Bangladesh, Myanmar and India cannot not be acknowledged as Pakistanis.

He said Pakistanis were deported from European countries in the past week without any advance information.