Pakistan’s sports have faced huge casualties due to doping scandals which have been emerging one after another for the last few years. Most recently Ali Asad, a highly talented wrestler, failed a dope test. He was also stripped of his bronze medal which he had won during the Commonwealth Games in Birmingham recently.

It’s a huge blow for the country. Wrestling was the most successful discipline during the Commonwealth Games as in this discipline Pakistan had claimed three silvers and two bronze medals - now reduced to one bronze.

Ali Asad competed in the -57 kg weight category in the quadrennial event.

Before this case, Pakistan suffered setbacks in weightlifting a few months ago. As many as six weightlifters were provisionally suspended for doping violations. They included Pakistan’s leading weightlifter Talha Talib who had finished fifth in the Tokyo Olympics last year. The case proceeding and the weightlifters may face lengthy bans.

It was, indeed, a huge blow for Pakistan just ahead of the Commonwealth Games hosted by England recently as three of the six weightlifters had qualified for the quadrennial event.

This year, seven Pakistan kabaddi players also failed dope tests which hugely damaged the credibility of the sport in the country. Pakistan is one of the strongest nations of the world in kabaddi but this episode has added to the pains of the Pakistan Kabaddi Federation (PKF).

The PKF has now decided to deal with this menace with an iron hand. The PKF opted to conduct tests of its players when it came to know that a local player allegedly died after using steroids.

I will also mention here that Pakistan’s three top athletes, Olympian Mehboob Ali, hurdler Mohammad Naeem and sprinter Samiullah, had failed dope tests and had been stripped of their medals which they had won at the 13th South Asian Games in Nepal in 2019. These athletes are still serving four-year bans.

This issue forced the Pakistan Olympic Association (POA) to suspend indefinitely the membership of the Athletics Federation of Pakistan (AFP) in December 2020 after the federation reportedly failed to cooperate with the probe committee. The deadlock still continues.

In the 2016 South Asian Games in India, Pakistan’s leading squash player Nasir Iqbal failed a dope test, resulting in a four-year ban. He has now returned to the international circuit.

It seems to be a persistent problem for the Pakistan sports circle. Now the question: is how to tackle this matter deftly in order to make our sports clean.

Pakistan’s government will need to allocate a huge amount for conducting dope tests. The National Anti-Doping Organisation (NADO) cannot conduct random tests on large scale unless it is paid by the state massively. There is a big need of conducting random tests during camps, national championships and before departure of the athletes for international events. If we are unable to do so, such things will continue to occur and it will be a big blow to our reputation in the international circuit.

Besides random tests, it will be important to keep the athletes informed regularly about this issue and its effects on their lives and their careers. Pakistan’s sports governing bodies have started holding seminars and clinics in order to create awareness among athletes. This practice should be a regular affair now and must be intensified.

Athletes are the big culprits in this episode. Usually, athletes use these drugs secretly. As per my research and interaction with those who have used drugs it has been learnt that some have used such supplements on the suggestion of their junior athletes. And some claim that they took supplements without knowing that they might have some banned substances in them.

Departments also should play a vital role in the eradication of this menace. Departments have first-hand knowledge about their athletes. If we keep a check on athletes during their departmental events as well as National Games and national championships then I think no one will use such banned substances for enhancing their performances. The departments should demote those athletes who fail dope tests. Such vigorous steps must be taken by the authorities if they are to check this menace. In power sports especially, great care will be needed.

Moreover, the state should try to centralise the national camps. It is quite ridiculous that the majority of our top-level athletes undergo training on their own as the government normally is unable to give them continuous camps if they are to prepare for any major event. Even some athletes, like in weightlifting, train at their own homes. The benefit of centralised camps will be enormous. You may keep a tight check on athletes. You can observe what they eat as during camps no meal from outside the centre should be allowed. The players’ cupboards can be checked regularly and the kind of medicines which they keep in their table drawers could be checked randomly. Moreover, doping awareness campaigns can be easily run when athletes of different sports disciplines undergo training at the same centre.

Those who fail dope tests live miserable lives. I have talked to a few athletes who are serving suspension. They are extremely unhappy. If such athletes deliver lectures to other athletes on a regular basis, then it certainly will have a big impact. There is no short-cut in life and athletes should learn that they need organic growth and should win titles on the basis of their natural ability.

Using steroids also has an adverse effect on the body of an athlete. Many bodybuilders have lost their lives because of using steroids in recent years. So, it’s the need of the hour to stop this before it is too late. Let’s jointly fight a war against this menace and eradicate it completely from our sports. I will stress that the state’s contribution in this matter will be highly required because federations cannot do this alone. Tests are too expensive and the process is also time-consuming. 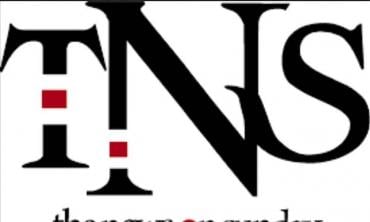 England have the most bases covered in T20. It’s no surprise they won the World Cup 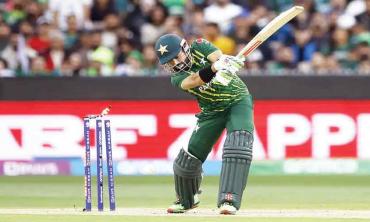 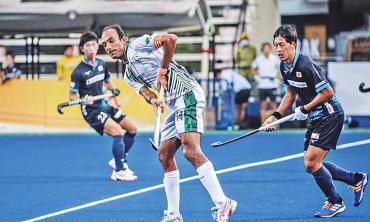