I am not talking about some famous children’s book series. But I’ll get to that in a bit.

My love affair with storybooks goes back over three decades now.

One of my earliest memories is reading Bachun ki Duniya and writing letters to its editor. Two of them got published and I still have those magazines in my collection as a cherished memory. Another fond memory is when I was in first grade in Faisalabad and one of my uncles would bring me locally written and published Urdu storybooks on Tarzan on rent from the local library. My mother and maternal uncle were the driving forces behind building my reading habit.

When I moved to Lahore, I came across the brilliant collection for children at the Ferozsons store. That was when I was first introduced to the amazing, vast and mesmerising world of Amir Hamza and Amar Ayyar. I had only read a few random stories of Amar Ayyar in children’s magazines by then, so it was a whole new world for me. The Ferozsons series comprised twenty books in all – the first ten introducing The Adventures of Amir Hamza, and the rest taking us to the magical world of Tilism Hoshruba, where Amar Ayyar takes the lead. I re-read them so many times that I knew all the events and characters by heart. I knew all the skirmishes and the big battles. I cherished how the most arrogant and evil villains would taste defeat at the hands of Amir Hamza, and whenever everything failed Amar Ayyar would come up with some shrewd and smart plan to save everyone.

At the end of one of Amir Hamza’s pre-existing tales, a villain, Laqa, is defeated and pursued by Amir Hamza’s armies. Amir Hamza chases the giant. which then becomes the starting point for Tilism-e Hoshruba. A world where we meet sorceresses, trickster girls, powerful wizards, and dreaded monsters that stir the tale with non-stop action, turning this into the first, the longest and the greatest fantasy of the dastaan genre.

I have to confess that I am a bigger fan of The Adventures of Amir Hamza but the Hoshruba experience was no less. At first, I was a bit disappointed not to see my favourite characters from the former appearing in the series because it really is Amar Ayyar`s show. He is everything in the series. Though according to the prophecy Hamza`s grandson Prince Asad is the one to conquer the tilism, this cannot happen without the help of the five tricksters led by Amar, who stand up against the resourceful and powerful Afrasiyab – the Ruler of Tilism. Tricksters play a bigger role in this story than the sorcerers.

It might seem like an overstatement but these stories (written/ told in the 1800s) provide the first blueprint to the world of magic. I read these books before the Harry Potter series. I never understand the craze about Harry Potter and the Horcruxes – the evil villain having his soul/ life in something else (outside his body far away from him) – as it isn’t something new to you if you are familiar with the Hoshruba world. I had read about the wars where mystery creatures would appear, the good would fight the evil in memorable one-to-one skirmishes. We had seen it all.

I’m glad that along with the abridged Ferozsons version, I’ve had the chance to read the English translations done by Musharraf Ali Farooqi, as these books do justice to the original story. I was lucky to get my hands on some other Urdu versions of the dastaan and to get a glimpse of the original version through Farooqi, but I always felt we needed a project where we can do justice to the original series, where we can present and preserve it for future generations.

This Hoshruba project spearheaded by Musharraf Ali Farooqi is one of the most ambitious and important literary projects ever taken in recent years. It is an effort to bring back the original dastaan to us in a simpler form, by presenting the story with Persian poetry, translated brilliantly. You get to experience the language of the yesteryears and relish the moment. The first volume has been beautifully illustrated by the very talented Michelle Farooqi. I have to say, she has made Afrasiyab very appealing. Tilism-e Hoshruba has been typeset in Sakkal Kitab Urdu and designed by the world’s leading Naskh font designer team of Mamoun Sakkal and Aida Sakkal. This is the first book to be published in this font.

It is one of the projects I had been looking forward to for a long time. I am so glad that the first volume is finally out and available at hoshruba.com. The book is worth the cost, especially at a time when publishing is becoming difficult, providing a rare break with great quality in terms of presentation and printing.

The reviewer is a digital communication expert currently working in the public health sector. He is the mastermind behind the digital platform, Sukhan 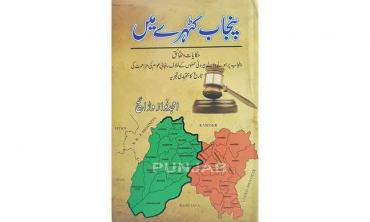 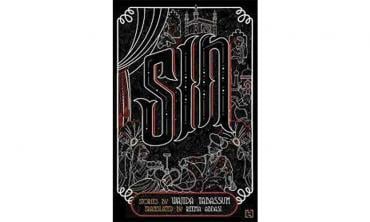