unir Husain was a very surila gawaiya. Like many others of the clan he was very successful as a film vocalist. Perhaps not so much in the kheyal and thumri, but the rababi musicians and vocalists excelled in geet and other folk forms.

Husain’s numbers became popular in the film Saat Laakh. He was closely related to Rashid Attre. He sang for Nooran with his song titled Panchhi Tay Pardesi and in the movie Mukhra with Dila Thehar Ja yaar da nazara lain day.

He then became a regular feature in the films and was asked from time to time to either render solo numbers or team up with some female vocalists. He rarely disappointed and his numbers scored high on the melodic content that the vocalisation introduced. In Koel, for Khurshid Anwar, he teamed up with Noor Jehan: rim jhim rim jhim paray phuwar. In the movie Heer Ranjha the same team rendered Wanjli walarya.

In the last century and a half with the rise of the Parsi theatre in the new centres of culture, Bombay and Calcutta attracted talent from all over India. One of the most outstanding stage actors was Bhai Nisar, a rababi. In the course of the Twentieth Century, many rababis have been associated with theatre and the films. Master Ghulam Haider was a composer in the theatrical companies and recording companies before the final flowering of his talent in the talkies. He was one of the founders of film music in the sub-continent and has the rare distinction of writing the success story of two of the leading singers of this emerging genre, Noor Jehan and Lata Mangeshkar.

Rababis are the progeny of Bhai Maradana, a Muslim master musician who played the rabab, and was one of the closest associates of Guru Nanak. It is said that he composed the poetry of the Guru and set it to music. The manner and the style in which the Sikh liturgical music is sung was determined to a great degree by the musical genius of Bhai Mardana.

Bhai Khushi Muhammed was an exceptional harmonium player. His son, Rasheed Attre, was one of the leading music directors of Pakistan. Though he made his debut in the film industry of undivided India he received fame and fortune in the Pakistani film industry. His son, Wajhat Attre, has continued with his legacy and made his mark in composing music for the films.

Bhai Lal Muhammed was one of the leading kheyalias of the Twentieth Century. Like most exceptionally talented musicians, he drank deep from many sources and evolved an ang that was very much his own. A descendent of one of the most outstanding lineage of musicians the most outstanding among whom was his own father Bhai Atta, he also became a shagird of Bhaskar Rao, the exceptionally gifted kheyal singer of his time. Bhai Atta Muhammed was the first shagird in the Punjab of Mian Bannay Khan who introduced the kheyal gaiki in the Punjab after a difficult apprenticeship with the legendary Haddo Khan of Gwalior. The combination of influences where Kapurthala Gharana had the gaiki of Gwalior tells the story of the making of an outstanding musician.

Its purity and authenticity were ensured when his progeny took upon themselves the responsibility of performing this duty. This trans-religious association between Guru Nanak and Bhai Mardana reveals the true spirit of the new faith. This strong association with the rababis has remained unaffected by the passage of time and the hardening of positions over centuries. The greatest blow to this relationship was the partition of the Punjab in 1947 when most of the rababis migrated to Pakistan. This, in a way, severed a vital link.

Rababis, over centuries, have been outstanding musicians and performers. The record of their artistic achievements, unfortunately has not been maintained properly. Only those close to princes and monarchs have been recommended. The oral tradition, the real repository of our history, quotes plenty of instances where the rababi musicians have made a significant contribution to the development of music.

Music, as it developed in the past eight hundred years, has made bridges between various religious in the sub-continent. The artistic expression of religion has retained the original spirit of fellow feeling and sharing of basic human values. The vicissitudes of history like military resistance against the central Mughal rule, the imposition of colonial authority and then partition of the Punjab failed to weaken that bond but some recent developments have severed that essential link. It is perhaps a statement on the growing fundamentalism in society and an unprecedented toughening of stance. Perhaps music in this particular case is as much the casualty as indeed the original vision of its founder. 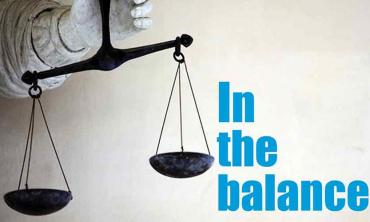 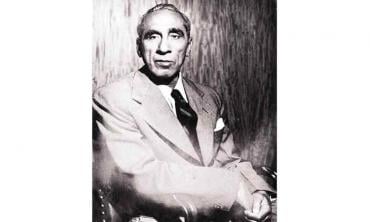