fter facing a salary cut in 2019, Muhammad Zahid, a media house employee, tried many ways to live on less, month to month. First, he removed from the grocery list items deemed as ‘luxury’. It did not work. With time, as inflation rose, haggling with vendors became a routine occurrence.

Now, for the past year, he has been going to a government-run grocery market called Model Bazaar in Township to buy kitchen and other household goods twice a month.

“With income steadily going down, prices going up and savings vanishing, you get to learn the value of every single rupee,” sighs Zahid.

As keeping your kitchen provided with limited means becomes an everyday struggle, more people like Zahid are visiting the bazaar during the week.

The Model Bazaar is an initiative of the Government of Punjab undertaken in 2011 to provide daily use and essential items at notified rates in a reasonably neat environment.

Muhammad Usman, an official in charge of the bazaar says that 25,000 to 30,000 people visit the Township bazaar on weekends.

For Zahid, it is the enforcement of the official rates that makes the bazaar his first choice. Zahida Perveen, a wheelchair-bound woman, chooses to come here for another reason.

“Perhaps this is the only market in my vicinity that has a dedicated washroom for the physically-challenged people,” she says. This is a facility that almost all markets, except for a few mega shopping malls, lack.

The bazaar management cites several features that attract the shoppers. These include the installation of surveillance cameras, cleanliness, provision of good quality vegetables and other items under one roof, free and spacious parking lots, food court, children’s play area and women-run stalls.

The 24/7 bazaar is just three kilometres from Zahid’s house who lives on College Road in Township, so he finds it convenient to visit it. The government runs such bazaars at 10 locations in Lahore: Township, Mian Plaza, Sher Shah, Raiwind, China Scheme, Chuhng, Thokar Niaz Baig, Sabzazar, Wahdat Colony and Harbancepura. The government runs similar bazaars in 10 other districts and may eventually expand the service to tehsil level.

How do model bazaars supply things on government rates or even less when the city district government faces problems ensuring compliance with price control?

“Well, a portion of the bazaar is, in fact, a farmers’ market,” explains Muhammad Usman, the manager of the bazaar.

“The bazaar provides space at subsidised rates, and in some cases, free of cost so the farmers can sell their yield to customers at lower prices. Moreover, they are not charged for water, power, lights and security services.”

Faisal Tariq, another official, says that the conclusion he has draws from the model bazaar experience is that cart vendors can easily sell vegetables at official rates for they too are not required to pay rent or utility bills.

“It is simply their greed or the lack of enforcement of fixed prices by the city district government that allows the vendors to exploit the customers,” he says.

As one roams around the bazaar, several stalls run by women vendors greet them. More than two dozen stalls offering garments, jewellery and other household items belong to women traders.

Saadia Perveen sells garments. She has been running the shop for five years.

“With time, my investment has grown to Rs 700,000. What keeps her going is the environment and the loyal customers. I always feel at home here.”

She is, however, worried about the customers’ shrinking purchasing power, especially after the coronavirus pandemic-related lockdowns.

The next stall is owned by Nageena Naeem. She sells ready-to-wear garments for women and children.

“Frankly speaking, I would not have been able to run a shop in another city market,” she says.

“Well, most of the markets are male-dominated and the customers are less receptive to women entrepreneurs. My family disapproved of my working there.”

She is waiting for the wedding season to make up for the losses she suffered during the months of Muharram and Safar. The wedding season will set in once the two Islamic months, associated with the mourning for the Karbala tragedy, are over and the temperatures come down in the city.

Nageena feels empowered as her business brings economic independence to her.

“Of course, I feel lucky and confident when people regard me as a businesswoman.”

PMBMC Chief Executive Officer Naveed Rafaqat says that the model bazaars are providing employment opportunities to women. This is an excellent thing, he says.

“We have plans to expand model bazaars to the tehsil level throughout the Punjab and allocate quotas for women entrepreneurs,” he tells The News on Sunday (TNS).

Despite model bazaars’ successful journey, some economists entertain reservations about the government’s running of the bazaars in the free economy market era.

Dr Qais Aslam, a former chairman of the Economics Department at the Government College University Lahore, says running shops and bazaars is not the function of a capitalist government.

“Their function is to set price ceilings or price floors in extreme circumstances,” he says.

“These measures distort the market and create surpluses or scarcity. Giving ration cards as subsidies is a better way to help. Model bazaars would function in richer areas where consumers have cars to buy in bulk, but do not help the poor. Also, corruption and lack of transparency will not make them achieve their goals.”

Abdul Rauf Shakoori, economist and lawyer with a specialisation in risk management, agrees with Aslam’s argument.

“By taking these measures, the government has limited its prime responsibility to holding such bazaars,” he says.

“The provision of quality products at notified prices is a fundamental responsibility. The duty must be performed across the markets to benefit all citizens. The open market players must be regulated and monitored so that there’s no artificial inflation.”

He says model bazaars are a costly recipe with high overheads as the access is limited to a few areas. For fruits and vegetables, the markets should be efficiently regulated to ensure that consumers are not manipulated. The biggest challenge is the reach of such initiatives. There are only 13 countries in the world that are more populous than the province of the Punjab. But there are less than 40 model bazaars to serve its population of more than 110 million.

Shakoori has free advice for the government.

He says the central government of India bears the responsibility for the procurement and supply of food grains such as wheat, rice, sugar and edible oils. State governments distribute additional items for mass consumption through the PDS mechanism. The National Food Security Act of 2013 passed in India provides coverage for up to 75 percent of the rural population and up to 50 percent of the urban population under the Targetted Public Distribution System.

Let us return to PMBMC CEO Naveed Rafaqat to discuss the economists’ concerns. He says government intervention to some extent is needed in developing or underdeveloped countries like Pakistan and India, in order to deal with hoarding, monopoly, inflation, and temporary price hike.

“Free market economy on its own cannot succeed in the developing countries. There has to be a mixture of centralised and market economy,” he tells TNS.

“The business model of model bazaars is quite unique and practical. Suppliers and consumers are equally facilitated. The government provides the middle class and lower middle class with public places to run their business against quite nominal rent as compared to the open market, free electricity, sanitation and other allied facilities. In return, they are expected to sell quality goods at lower rates. This creates a win-win situation for both sellers and buyers.”

Rafaqat says he believes that hoarding, artificial shortage of supplies, monopoly, inflation, hyperinflation and temporary price hikes can be managed with such a business model.

“I want to tell our economists that this model is functioning without continuous financial support from the government. The government has made a one-time capital investment to establish these bazaars. The operational expenses are being met by the company through its own rental income.”

By their very nature, such initiatives are ad hoc mechanisms with a limited beneficial reach. The government, in the end, will have to work on targetted subsidy mechanisms that can yield better results.

This requires a strong political will.

The writer is a media   veteran interested in   politics, consumers” rights and entrepreneurship 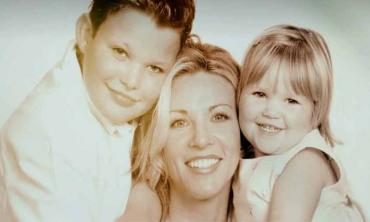 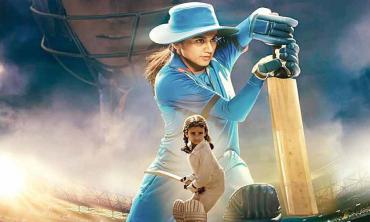 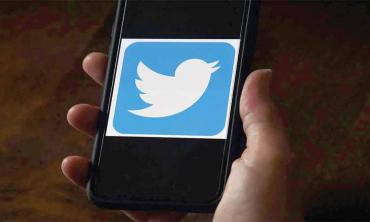