While most national athletes failed to impress in the ongoing Commonwealth Games, Shah Hussain Shah's bronze and Nooh Dastgir Butt's gold medal win gave Pakistan some reason to cheer about

Things have been going according to the script for Pakistan in the ongoing Commonwealth Games in Birmingham. Yes, there is a slight miss as the country's premier judoka Shah Hussain settled with a bronze in the -90kg competition. It was expected that he would win the gold medal or at least silver keeping in view his stature as a prominent fighter in the world, having the experience of playing in two back-to-back Olympics.

He defeated South Africa's rookie fighter Breytenbach Thomas-Laszio in the bronze medal fight to collect his second Commonwealth Games medal. He had snared silver in the -100kg in the 2014 Glasgow Commonwealth Games. He won it by ippon after a two-minute and 51 second tough contest.

Shah's quest for gold had ended when he was beaten narrowly by Harrison Cassar of Australia in the quarter-finals. It was the first time in his international career that Shah competed in the -90kg weight category. He had opted to shift to this weight from -100kg soon after he fell in the first round in the Tokyo Olympics.

Pakistan's young fighter Qaiser Khan fell in his first round when he was undone by New Zealand's Jason Koster in the -100kg pre-quarter-finals which was his first fight in the event.

Shah was the first from Pakistan to win a medal in the ongoing games. Just after him, the country was gifted its first gold by none other than the highly talented and now experienced weightlifter Nooh Dastgir Butt.

Nooh, the super heavyweight athlete, clinched the +109kg gold with a record total of 405kg. He also set new Games records in the snatch with a 173kg effort and 232kg jerk, although not his best.

He was a confirmed gold medallist and he knew this himself and also weightlifting authorities had shared this information with me keeping in view the stats of the event. And in the weightlifting curtain raiser from Birmingham, I had also mentioned that Nooh would play for the gold.

Nooh is not a surprise package. He has been tested many times and it was expected of him. There is no doubt that he is a top-level player and needs proper state patronage. He can become a world champion if we provide him with the facilities which a world champion needs.

The other weightlifters did not click. Haider Ali finished fifth in the 81kg competition. He also hurt his elbow in snatch. Nooh's younger brother Hanzala Dastgir got a poor ninth position. He would lift more weight in training but at the major stage he faltered.

But he is just 19 years old and was the youngest of the pack in the 109kg event and will learn from his defeat.

In athletics, emerging sprinter Shajar Abbas is doing well. No medal is expected from him but he has proved that he can turn out to be a tough sprinter if he is properly groomed.

He equalled his personal best of 10.38 seconds in 100 metre but missed the semi-finals spot by a slim margin. Yes, on Thursday (Aug 4) he qualified for the semi-finals in the 200m race by clocking 21.12. He finished first in his heat. His semi-final was scheduled to be held on Friday (Aug 5) after this piece was written.

Female sprinter Aneela gave a poor show. Olympian swimmer Bisma Khan and Jehanarab Nabi pulled off their best in their favourite events but they were far behind in rankings. Our swimmers lack the standard which is needed to compete at this stage for a medal.

Mishael Hyat Ayub and Olympian Syed Haseeb Tariq also just fulfilled formalities. Swimming is a tough sport and investment is needed. A swimmer spends a huge time on improving by microseconds and we should not blame them. If we don't spend on our swimmers then our standard will remain the same.

The 39-year-old gymnast Mohammad Afzal, having the experience of playing in two Asian Games, also failed to impress.

Badminton is another game in which we failed to impress. Our shuttlers lost badly in the mixed team event losing to India and Sri Lanka cheaply. They recorded only one win -- against Australia, which was a weak side. I will again not blame the players but the badminton authorities. No plan was seen during the preparation and everything was just handled casually. The shuttlers were busy in the rest of the competitions when this article was being written.

Pakistan once again returned empty-handed in boxing as the last medal hope Ilyas Hussain's journey also ended on Wednesday (Aug 3) when he went down to Jude Gallagher of Northern Ireland 0-5 in men's featherweight quarter-finals at the National Exhibition Centre.

Ilyas had begun his journey with a win over Lesotho's Moroke Mokhoto in the round of 32. He then defeated Anthony Joseph of Trinidad and Tobago 3-2 to qualify for the quarter-finals.

Zohaib Rasheed's entry in the draws was missing and so he could not compete in the event. Pakistan had claimed its last medal in the Commonwealth Games in boxing when the now professional fighter Mohammad Waseem snared silver in the 2014 Glasgow Commonwealth Games.

In squash, Pakistan mostly depends on the performance of Nasir Iqbal. Although squash events were in progress till the writing of the article, Nasir was unfortunate when he fell in men's singles to England's James Willstrop in the pre-quarter-finals at the University of Birmingham squash court. The show's time had been unexpectedly changed and that hurt Nasir, who had taken his lunch just before the match. He was informed just after lunch that the game had been preponed and that he would play at 2:15pm in place of 10:45pm local time.

Nasir had taken a bright start when he downed Julian Morrison of Jamaica 3-0 in the round of 64. He then toppled his teammate and Pakistan's seasoned campaigner Tayyab Aslam who left the court in the second game due to injury.

In cricket, our women team played poorly. The Bismah Maroof-led side lost all three matches -- against Barbados, India and Australia.

In hockey, Pakistan did well in their first game, holding South Africa to a 2-2 draw. However, in their second Group game they were beaten by New Zealand 4-1. They were scheduled to face Australia in their do-or-die battle on Thursday night (Aug4).

National wrestlers were expected to win some medals as their events were set to begin on Friday (Aug 5). The country's premier grappler Mohammad Inam was to defend the title. If he wins gold this will be his third in the Commonwealth Games. He won his first in the 2010 Delhi Commonwealth Games and second in Gold Coast four years ago.

The wrestling authorities expect medals from all six wrestlers.

When this article appears on Sunday, Pakistan's medal hope and the country's leading javelin thrower Arshad Nadeem will compete at the Alexander Stadium.

In the absence of India's Neeraj Chopra, who developed an injury during the World Championship in the US where he got silver, Arshad should take the front seat. It's the perfect time for Arshad to win gold. After finishing fifth in the last year's Tokyo Olympics, Arshad also ended fifth in the World Championship in Eugene, Oregon, US, last month. And at the Commonwealth level he needs to give good news to the nation. 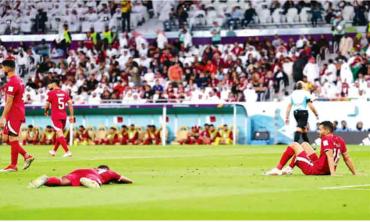 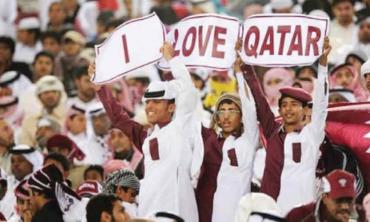 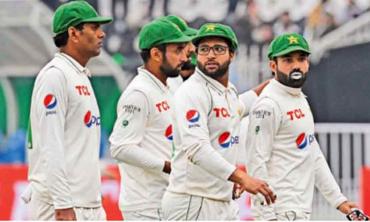