hen it comes to public figures, especially people who become legends, their public persona often only embodies the side of their personality people get to see and experience in public. No matter how much information about their personal life is available to the public, there are aspects of their lives that only a few are aware of.

Poet Faiz Ahmed Faiz was one such individual. His revolutionary ideas have inspired generations but for the first time, we get to see him through the lens of one of his daughters.

Conversations with My Father: Forty Years on, a daughter responds by Moneeza Hashmi, is a book that can be judged under several categories. It can be seen as a memoir done in the format of letters exploring the relationship between a father and daughter, showing a side of Faiz not much known to the public. It can also be labelled as a coffee table book, with lovely pictures and a format that allows the reader to open any section and get a well-rounded insight.

“This has been a private matter between myself and my father. The letters I mean. He wrote them to me and at the time none of us probably ever thought they would get published,” writes Hashmi, in the opening section of the book.

Letter writing is a genre unto itself in Urdu literature. Before technology seeped into every aspect of our lives, letters were the standard mode of long-distance communication. With the thought and time that went into writing this, even the brief ones, well-crafted letters were almost worthy of being treated as pieces of art.

In Conversations with my Father, Hashmi goes on a cathartic journey through time, marked by a rollercoaster of emotions, ranging from heartache to pure joy.

In these letters to her father, she discusses the various experiences she went through after he was gone, introduces her grandchildren to him, and talks about the ups and downs of her professional journey. Interlaced are actual letters from Faiz that feel relevant to each subject at hand, shared both in Urdu and English, along with the images of the original letters.

She laments that she was not able to spend as much time with the poet in his last days, not only because of all that was happening in his life but also because she herself got caught up in her responsibilities. However, she says she cherishes the time that they did spend together and that her own life is mirrored by the principles she saw him not only preach, but practice too.

Faiz’s revolutionary ideas have lived through generations but for the first time, we get to see him through the lens of one of his daughters.

“It is a journey of love and a tribute to the one human being, who I know loved me unconditionally, hugged me, held my hand, and gave me a smile in those times when I felt lost, alone and abandoned.” “A person, who I too (in my own very limited way), have loved back unconditionally. Despite that time and again I wanted to have a confrontation with him, yell at him, fight with him, tell him off or forsake him. And who now, in the twilight of my life, I miss more than when he was actually present here with me.”

Being related to a literary giant like Faiz automatically puts you in the spotlight. Hashmi also describes the experience of having lived in a ‘semi-limelight’ in all its various shades from it becoming an ice-breaker for her during her work which got her to interview a range of famous and powerful people, to her feeling of being an imposter of sorts.

As one reads the letters, one gets to know Faiz as a caring and doting father. Someone who didn’t let the adversities of life make him bitter to the extent that they overshadowed everything. He taught his children his formula – switching off in situations where one can’t do anything and just letting it flow – by example. The lesson served Moneeza Hashmi well during her own battles.

What will resonate with most readers of this book is the emotional connection between a parent and a child that has been described so well, how that bond has an everlasting impact on the child and how the connection has the power to go on beyond the realm of this world.

Conversations  with my Father

The reviewer is a digital   communications and marketing    professional. She tweets at   @FatimaArif 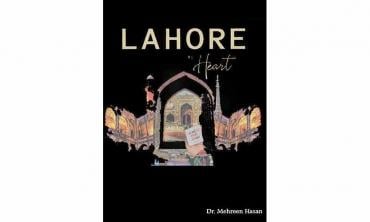 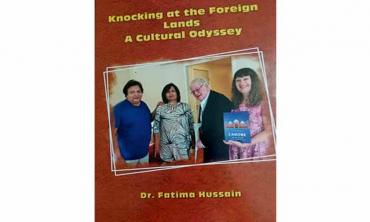 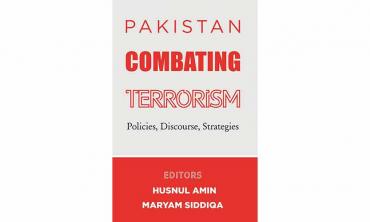