Morgan, the best limited overs batsman and captain England have had, quits the show

England’s one of the finest batsmen and their white-ball captain Eoin Morgan has called off his 13-year-long career for the country. But he will continue his domestic career.

Morgan had made just two fifties in his last 28 international innings in the white-ball formats. He was twice out without opening his account during the recent ODI series in the Netherlands and withdrew from the third game with a groin issue and later at the Lord’s he announced his retirement from international cricket.

Eoin Joseph Gerard Morgan is one of the few players who played international cricket for two teams (Ireland & England). He began his international career with his native Ireland in 2006 at the age of 16 and made his debut memorable with 99 against Scotland -- he is the only player in the history of the game to have been dismissed for 99 on debut.

He made his maiden ODI century against Canada on 4th February 2007 and became the youngest non-subcontinental player to score an ODI century – at the age of 21.

After Ireland secured qualification for the 2011 World Cup, in April 2009, he was called up by England.

He played in all three formats after switching over to England in 2009 and became an essential component of English team in the white ball game.

Morgan played just 16 Test matches for England, scored 700 runs, averaging 30.43 with the help of two hundred and three fifties. He played his last Test a decade ago against Pakistan in Dubai in February 2012.

Morgan was more successful in the limited overs cricket. He played 225 one-day internationals for England in which he scored 6957 runs, averaging 39.75. The number of matches and the number of runs are both England records. His 202 sixes in ODIs are also a record for England.

He also holds the world record for the highest number of sixes in an ODI innings – 17 against Afghanistan at the 2019 ICC Cricket World Cup.

Out of his 126 ODIs as captain, Morgan won 76 matches with the winning percentage of 60 the best by an English captain in one-day internationals.

He led England to the top of the ICC world rankings during his seven years as ODI skipper, winning important series against all the major international cricket teams.

In the shortest format, too, Morgan was on top for England. He played most 115 T20Is, scored most 2458 runs and hit 120 sixes, highest from any English player.

In the shortest format, he captained the England side in 72 matches, equalling former Indian captain MS Dhoni’s record.

In his 13-year international career with England, Morgan became the first captain to lead England to World Cup glory in 2019. The left-handed batter was also a part of England’s 2010 T20 World Cup-winning squad, held in the West Indies. He is the only England player to have won both limited-overs World Cups, having helped Paul Collingwood’s side triumph in the 2010 T20 format in the Carribean.

Morgan was named England's white-ball captain in December 2014 and led the team to the final of the ICC Men's T20 World Cup in 2016. He also led them to the semifinals of the T20 World Cup last year.

Under Eoin Morgan, England won the 2019 World Cup and reached the top of the one-day and Twenty20 rankings.

The left-hander took over from Alastair Cook as ODI captain and oversaw England's miserable 2015 World Cup campaign when they were knocked out in the group stages.

He implemented a new, attacking approach which helped England break the record for the highest one-day total three times. 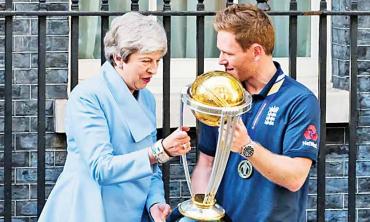 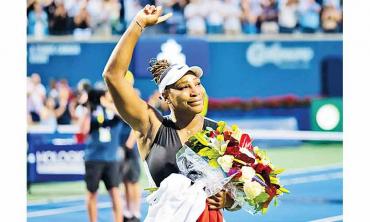 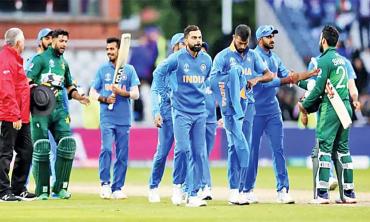