Hina Shamsi’s recent novel is about love, marriage and hope

We are all frightened to live our life to the fullest. We are scared of the light that would penetrate through the cracks and enter the darkness of our hearts. The burdens of our past exhaust us.

he title of this novel takes its name from a traditional Turkish pendant called Kazaziye or the Love Knot. It is made of silk and coated with pure silver. A myth holds it that when you look at the person you love through the holes in the love knot the other person will fall in love with you as well. But as myths are myths for a reason, Aaira, the protagonist of the novel, gets her love knot after a lifetime of trauma and regret.

There are no free lunches and no happiness for free in this world. Aaira gets her share of happiness but not all women who undergo a distressed marriage, divorce or widowhood, single parenthood and social pressures ever find happiness in a far-off fairyland like Aaira does. The knight in the shining armour is just another folklore attraction. Hina Shamsi gives the reader some dramatic relief by giving Aaira her share of a fairytale ending.

One of the strongest messages of this book is that while women are like caged birds, either in their personal or public lives, they are equally capable of falling out of the nest like birds do before they can start flying on their own. Aira, an architect, has a troubled marriage. Her husband, Saafel, is a distinguished surgeon. The trouble begins when he refuses to take her with him to England as promised earlier. She finds him abusive and narcissistic but no one else sees any wrong in her husband, who is also her first cousin. Things keep getting worse until the whole family starts blaming Aaira for demanding to be with her husband. The ensuing rift between the two mothers-in-law, who’re also sisters, is also blamed on Aaira. She files for divorce but things end in Saafel’s death, leaving Aaira with a son, Meerub, and a strained relationship with her family.

Meerub grows up not knowing what happened to his father. Aaira undergoes continuous therapy trying to divulge the reality of what happened to her husband. Even though her friend, Maria, keeps trying to convince her to look for a companion she refuses to begin her life anew. In the meantime, Aaira gets a project for which she has to travel to Turkey. Between the Arabian Sea and the Aegean Coast lies her journey of falling out of the nest and learning to fly again.

One of the strongest messages of this book is that while women are like caged birds, either in their personal or public lives, they are equally capable of falling out of the nest like birds do before they can start flying on their own.

Shamsi uses natural images of trees, a fish, Lolo, and the caged bird, Ada, to describe the conundrum of the protagonist, and to substantiate the spiritual narrative of the novel that hinges on the Islamic premise of the importance of nikah and companionship. In a beautiful dialogue between Aaira and Meerub, Aaira tells him the importance of honour and dignity in a marriage – which can only be maintained when couples do not let other people interfere. Once in Turkey, she finds her soul mate. Together they begin the beautiful journey that she for the longest time thought was not for her. They visit all the beautiful historic places of Turkey and relish epicurean foods. Shamsi’s descriptions are vivid and visual. One can experience the taste, smell and texture of the place in detail. In Topkapi Palace Aaria says, “Gardens are the places for rest, reflection and contemplation. So one can contemplate the wonders of the Creator.” This is where her true flight begins.

One of the dialogues that really stay with you is when Aira tells her son about his father, “Our marriage suffered because of our failings.” She remembers the abusive nature of her deceased husband but does not disclose it to his only son. While the struggle between the individual and the society goes on in the novel, we know that people’s expectations of us and our own expectations of ourselves are bound to clash. The challenge is being the person who can find a level-headed resolution.

Falling out of the nest is important to be able to fly. Keeping the next generation away from past trauma is a feat of true bravery. There is a lesson for those of us who aim to raise responsible and caring children. 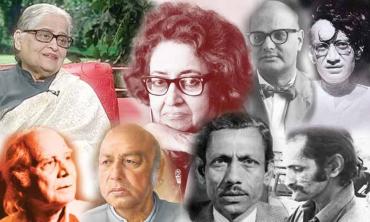