Sadly, the state and the society seem to care little about people like Prof Gulzar Haider in our midst

rof Gulzar Haider has written extensively on various aspects of culture, its relationship with the metaphysical and with cosmology. Muslim architecture, with a special focus on the architectural structure of the mosque, is his forte. To him the structure of a mosque is the material reflection of the Islamic cosmology.

Here it is pertinent to underscore cosmology for the sake of clarity for those not initiated into that branch of physical science. By definition, cosmology is a science of how the universe started and how it is structured. An example of cosmology is the study of the Big Bang theory. It can be a philosophical, religious or mythical explanation of the nature and structure of the universe.

This branch of epistemology deals with the physical situation that provides the context for human existence: the universe is of a nature that makes our lives possible. This means that although it is a physical science, it is of particular importance in terms of its implications for human life.

Prof Haider foregrounds something novel by forging a synthesis of modernity with the Islamic tradition. Doing so unfolds new vistas of theory as well as practice in the realm of architecture. The theoretical depth Prof Haider offers in his writings and oral discourses is scarcely heard of in Pakistani academic milieu. A striking feature of his conceptualisation is the centrality of house as a choreographer of culture.

No definitive information is available about the earliest origins of the house. However, its history can be traced back to the simplest forms of shelter. An exceptionally well-preserved house dating to the fifth millennium BC and with its contents still preserved was excavated at Tell Madhur in Mesopotamia (the modern day Iraq). Similar examples of human shelters called ‘houses’ can be witnessed in Harappa and Mohenjo-Daro, the principal sites of the Indus Valley civilisation.

In the Middle Ages, the manor houses or havelis (in Lahore and other parts of Pakistan) facilitated various activities and events. Furthermore, the houses accommodated numerous people, including family, relatives, employees, servants and guests. Their lifestyles were largely communal, as areas such as the Great Hall enforced the custom of dining and meetings and intended for shared sleeping beds.

Houses may express the circumstances or opinions of their builders or their inhabitants. Thus, a vast and elaborate house may serve as a sign of conspicuous wealth whereas a low-profile house built of recycled materials may indicate support for energy conservation.

Home ownership provides a common measure of prosperity in most economics. From this discourse, one thing is evident. The culture, its birth and gradual evolution into maturity were always a bourgeoisie phenomenon, in which the lower strata of societies hardly had any role.

Another noteworthy aspect of the ‘house’ is its being sedentary. In the medieval ages, a sedentary lifestyle was affordable only by the affluent classes, usually engaged either with the business of the state or preoccupied with agriculture. Most of the poor or the dispossessed were always on the move. Therefore, in the social process resulting in the formation of a culture, the poor or dispossessed had little role.

Artisans, it seems, were the only exception. Culture or civilisational practices, despite the upper class/ bourgeoise phenomenon, were articulated by the artisans. With respect to architecture, their significance was paramount. Now we revert to the ‘house’ as the primary constituent of culture as well as civilisation, culture being a building block of the former. The last point, of course, begs some explanation.

When culture exerts its potential to the optimum, and after passing through various stages of evolution, it realises itself in the form of civilisation. The inference, therefore, can safely be drawn that the socio-cultural institution of ‘house’ with its architectural aspects, creates an environment whereby social relations are bred, evolve and are translated into social formation. Therefore, ‘house’, social relations, culture and society have a very strong connection. Their healthy synthesis lays down the foundation of a civilisation.

Prof Haider has a great deal to say on culture. Therefore, defining it here will not seem out of place. The word culture implies truth, beauty and goodness. Culture is that which being transmitted orally by tradition and objectively through writing and other means of expression enhances the quality of life with meaning and value, making possible the formulation, progressive realisation, appreciation and achievement of truth, beauty and moral worth.

I hope that Prof Haider concurs with this definition. Coming back to Prof Haider’s originality when he foregrounds the importance of ‘house,’ it is worth noting that he inverts the pyramid by employing a bottom-up approach. By doing so he has accommodated the territorial variety along with cultural multiplicity in the concept of the Muslim Ummah which in view thereof, assumes a plural/ cosmopolitan character.

I believe in all earnestness that such a formulation of the Muslim collectivity engenders an intellectual antidote to the curse of exclusionary tendencies. Plurality culminating in a unity is the most definitive way of bringing about a fresh social synthesis that may serve us as a springboard for the re-invention of the Muslim Ummah. I reckon it is a worthwhile contribution of Prof Haider. He de-centres the monolithic conceptualisation of Islam as a cultural code and gives it a humanist touch.

Dr Absar Ahmad, a former professor of philosophy at the University of the Punjab, writes enlightening pieces under the rubric of Distant Thunder published in a leading monthly magazine, Afkar Inquiry. In a letter that he sent to me after reading the first part of this piece, he writes, “under the editorship of M Iqbal Asaria and S Pervez Manzoor, the Inquiry published the research articles of a galaxy of knowledgeable and erudite writers like the famed Zia-ud Din Sardar, Karim Alwari, Sally Rabbaniha, Sara Saleem and Merryl Wyn Davies.”

I wish, Prof Haider publishes all that he has written in a volume for the benefit of the seekers of knowledge about art and culture. Sadly, the state and the society are largely oblivious of illuminated souls like Prof Gulzar Haider in our midst.

The writer is Professor in the faculty of Liberal Arts at the   Beaconhouse National   University, Lahore.  He can be reached at   tahir.kamran@bnu.edu.pk 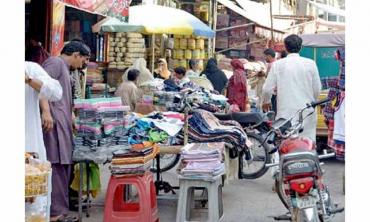