alochistan is the graveyard of microfinancing programmes,” declared a senior development professional recently during a discussion in Islamabad. Counting them on his fingers, he named several financial programmes in the region that he judged to have been failures.

Low concentration of clients, less developed market linkages and a much higher cost of transportation may have put microfinancing interventions in Balochistan at a relative disadvantage compared to similar programmes elsewhere. However, visits to some remote communities in Khuzdar and Kech districts of Balochistan provide an alternative perspective about the communities’ demand for financial services to boost their income.

Balochistan stands at the lowest rung in terms of human development indicators amongst all provinces in Pakistan. According to a report by the United Nations Development Programme (UNDP), 71.2 percent of Balochistan’s 12.34 million population are multidimensionally poor. This is far worse in villages where 85 percent of population lives below the poverty line. The political elite in Islamabad have long ignored these numbers and the underlying socio-political crises that plague Balochistan. It is in that context that a delegation of the European Union to Pakistan joined hands with the Rural Support Programmes to help the government of Balochistan reduce poverty through communities’ institutions. The Balochistan Rural Development and Community Empowerment (BRACE) Programme based its interventions on a household-level census called the Poverty Scorecard (PSC) that ranks every household in target districts according to their means of livelihood. The diverse programme offers specific interventions for households in each poverty band. The most interesting of these interventions is the Community Investment Fund (CIF), a sub-grant to local community organisations so that they can loan it out to community members who plan to initiate or strengthen income-generating activities.

“When we started providing loans, people were sceptical, some even used religious rhetoric against us. But we were able to establish credibility,” said Sanaullah Umrani, who heads a rural community organisation, Gwarikh, in the Abi Noghay union council of Khuzdar. For an initial capital of Rs 2 million, the community has already helped 201 borrowers in two years. “Now we have to hide from community members who are desperately looking to us for community loans to increase their income.”

Gwarikh in Brahvi language means ‘tulip.’ This small community institution is one of the hundreds across Balochistan that is benefitting its members through the Community Investment Funds (CIF) under the programme. Appreciating the high demand for financial services, community members in this union council recently submitted a request to the Balochistan Rural Support Programme (BRSP) for facilitation of more funds.

While it is true that not all rural communities are managing financial interventions as efficiently as the few discussed above, Balochistan is suffering from an absence of financial solutions.

“This is an idea that travelled bottom-up. We didn’t offer CIF to communities; it is the communities that practiced such interventions and we learned from them,” says Agha Ali Javad, the general manger of the National Rural Support Programme (NRSP). Community members in Makran division pooled in their savings and offered loans to members who had income-generating ideas.

Travelling further down south, strengthened the belief in communities with capabilities to manage financial services on their own. A rural community institution, Mirani, in Turbat had been circulating a fund of mere Rs 200,000 for more than a decade, benefitting hundreds of households. This idea was adopted and scaled up by the National Rural Support Programme (NRSP). With a grant of Rs 2.7 million under the BRACE programme a few years ago, Mirani has gone on to disburse funds worth Rs 19 million to 500 households. Their current portfolio is worth Rs 3.4 million and one can bet that many banks would envy their 100 percent recovery rate.

Baloch women with limited education are leading some of these community initiatives. In case of Shoorma, a women-led community institution in the Solband union council, women have managed a grant of Rs 3 million benefitting 476 households in two years. Sammi Hussain Jan, a female borrower, used the loan to establish a tyre repair workshop for heavy vehicles along the Makran coastal highway, hiring a male labourer on a partnership deal.

The Rural Support Programmes Network (RSPN), which draws on these rural community experiments across Pakistan, commissioned a third-party to measure the impact of community loans on the income of borrowing households. It emerged that an average loan size of Rs 27,000 had triggered an average increase of 25 percent in the monthly income of poor households.

While it is true that not all rural communities are managing financial interventions as efficiently as the few discussed above, Balochistan is suffering from an absence of financial solutions. Apart from the public sector, there is also so much that the private sector can do. There are districts like Jhal Magsi, for instance, that don’t have a single private bank and residents have to go to Shahdadkot for almost all services. Taking note from experiments such as those under the BRACE programme, the government could focus on partnering with the private sector to carve out innovative financial solutions in order to bring Balochistan at par with the rest of the country.

The writer is a Rotary Peace Fellow and a graduate of global studies from the University of North Carolina at Chapel Hill. His research and activism revolve around human rights and development challenges in the Pakistan-Afghanistan region. He is associated with the Rural Support Programmes Network (RSPN) and tweets @Changovski 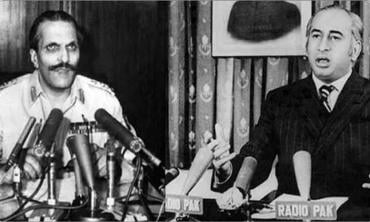 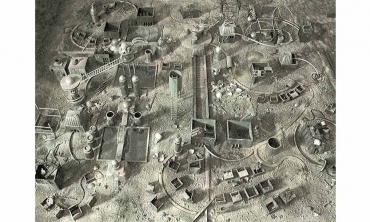 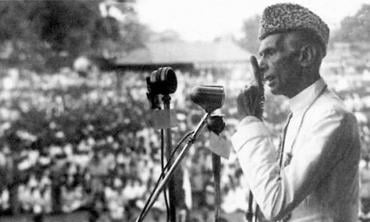