In her work, Mehwish Abid, a Lahore-based architect and a seasoned academic, is distinctively interested in exploring art and architecture journalism

ssumed the omnipresence of colonialism, particularly in South East Asia — the quest for decolonisation may seem utopian, elusive and mythical. Nonetheless, many researchers and scholars suggest that an essential aspect of decolonisation is the perpetual and part subjective critique of Western worldviews and enriching the dissemination of indigenous knowledge pools could be the right direction. However, the problem remains intact as to how to differentiate the values of indivisibility in-between the wholeness and the singleness. India, Pakistan and other adjacent territories are still under the significant influence of the colonial past, particularly with the obtainability and accessibility of the robust institutional systems and structures, multifoil sub-cultures and the imported materiality mixed with the local indigenous craft — replacing it.

Being a curious student of language aside, sometimes I think colloquially and obliquely that as a nation we could have come up with a few appropriate words for the most appliances, gadgets and technologies invented and introduced to us through the industrial age to the information age, i.e., train, bus, taxi, fridge, air conditioner (AC), computer, internet to title a few. The same, by and large, applies to the army, the judicial system, banking, public offices and government. Maybe a few linguistics had worked on this dimension, but multilingual vernacular precedes the convenience of just listening and repeating the terms or words without much thought. A unique form of hybrid knowledge, the ability to align with the global perspectives and even the third culture – multiple unrequited views, some validated, some predominantly overruled: no or little archival efforts to trace and record the untold stories.

Mehwish Abid, a Lahore-based architect and a seasoned academic, is distinctively interested in exploring art and architecture journalism, an essential genre of journalistic undertakings rarely practised in the Global South — exploring transdisciplinary intersections and formations of immersion through material culture. She emphasises hypothesising unprecedented inquiries and experiments with the medium of sound, text, image and objects. Her practice is research-based and roots itself in decolonising notions of investigation.

Recently, Mehwish was selected for an eight-week residency/ artist fellowship at the Mittal Institute at Harvard University, Massachusetts, for her thought-provoking project, Decolonisation of Home Through Objects (DHTO). During this atypical residency mentored by Harvard’s intellectual community, the project turned into a fervent exhibition about the material culture exchange during intra-cities and cross-border migration after the 1947 Partition. It poses questions of decolonising the architecture of homes in Lahore post-Partition, which subsequently developed into the methodological approach of the DHTO. It envisioned creating a public archive with the help of people’s historical narrative and the participative process — an open-source space for future trans-disciplinary academics and practitioners alike. This can be turned into a living digital museum of visual and tactile memory, as memorabilia influenced the architecture and spatiality of homes that abounded after the creation of Pakistan. This archive facilitates one to generate a small talk with the object — a photograph of archival pieces becomes a two-dimensional diagrammatic constituent. Each archival photograph is accompanied by a text that helps these objects relive and retell their stories. Reports have been developed with the help of the oral history technique from the original owners of these objects.

In her recent video interview with the Harvard professor, Jinah Kim, she emphasised that the DHTO ensures cross-border research for unfolding the narratives from 1947 Partition and beyond, related to altered socio-economic and spatial realities, which can create an impactful ripple of a larger public discourse generated across borders through the shared history and material cultures. This way, she also supports Gayatri Spivak’s apprehensions with the Third World scholars and subalterns to share and speak about their personnel, individualistic and subjective material choices. These hidden and raw voices are always considered somebody on the fringes of history in the presence of Western worldviews. It is imperative to learn the matrix of the archival data sets colonisers had developed with a specific agenda, i.e., governance, politics or census, to re-create the decolonised version.

The objects that are part of this exhibition belong to three categories: furniture, server and jewellery. An intangible lineage is associated with the objects families and heirlooms that resided in the institutions with the colonial legacies: railways, army and banking. The selected objects of appraisal and material culture are from a long list of acquired/ collected, restored and preserved over the past five to eight years. The DHTO challenges the conventional ways of curating archives and invites the viewer to experience the object and associated oral histories through various multimedia tools/ technologies. To understand an object, it is imperative to learn or read the associated story and the contexts in which they were settled and re-settled, simultaneously reinterpreting the idea of the archive and museum.

In today’s world, forced migrations are one of the biggest challenges to humanity; hence the importance of re-creating spatiality in the so-called home. People have usually appropriated their spaces with the material culture they associated/ inspired in any known past. On the contrary, the notion of being apt as a modern individual in South East Asia has been to become a European/ American. The notion is still intact — so is the material culture.

Mehwish Abid showed objects through the archival photography, text and sound in the exhibition, including Muiz Uddin Sheikh’s recliner circa 1945. Sheikh, the first chairman of Pakistan Railways after Partition, brought this rosewood rattan chair to Lahore on a special train from Delhi. This chair changed its location numerous times from Delhi to Habibullah Road to Model Town until the artist’s acquisition for restoration/ archiving purposes. Another object presented is Kammar Begum’s cutlery and jewellery collection. Some of this was brought to Pakistan in 1947 and a few pieces in 1965 when Indo-Pakistan borders were still porous. There was Maj Muhammad Ali’s silver glass from the British Indian Army in 1942, a pair made for his fiancé Zarina Begum, was later found on the shelf in his family’s drawing-room as an essential memorial piece. These objects are considered time capsules for the original owner and their children/ families. The decolonisation of the object is to understand the journey from one place to another and from one era to another — creating new memories, spatiality and a dialogue. The subaltern from the Global South must keep exploring the objects and stories and speaking out more often till they are heard as a viewpoint. 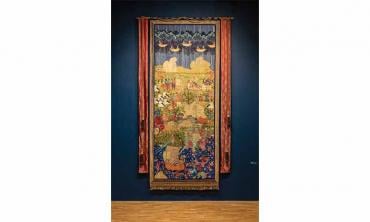 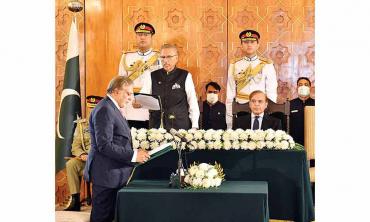 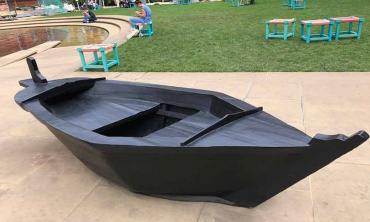