This year's premier clay court tournament, the French Open, is set to start in Roland Garros on Sunday (today). It promises to be scintillating, boisterous, glitzy but very different as there will be mostly new arrivals with very little representation from the old guard. Leading the charge will be a teenager, a new kid on the block, Carlos Alcaraz, whose latest on court exploits have won him much acclaim besides landing him at number 6 in ATP rankings.

With the exception of top seed Djokovic and number 5 seed Nadal, the top10 contestants are tennis 'newbies'. Will the French Open be swept away by the young, fast and furious?

The buildup to Roland Garros has been dramatic. With the exception of the Italian Open, all clay court events have been won by the young brigade. But Djokovic had the last say in the Italian Open, where he outshone Tsitsipas to lift the title. During the course of the tournament, he won his 1000th game to join Jimmy Connors, Ivan Lendl, Roger Federer, and Rafael Nadal.

With so many able contenders for the Roland Garros prize, who could be the ultimate winner?

Nadal, one of the favourites for the title, has not had a good run on clay this season. He has played in two clay court events: in the Madrid Open, he fell to Alcaraz in the quarter final; later, the Italian Open saw him losing to Shapovalov in the last-16 stage after his old foot injury flared up and saw him grimacing in pain during the match.

In March, at Indian Wells Masters, Nadal had suffered a stress fracture to his rib which kept him out of contention for 6 weeks. By his own admission, Nadal is not new to pain and has dealt with it for most of his illustrious career, but now the combined onslaught of age and pain can cause a big dent in his quest for a 14th French Open.

Nadal has 13 French Open and 21 grand slam wins. One more French Open would eternalise his 'King of Clay' label and take his record of major wins to 22, which may prove unassailable for a long time.

Alcaraz, another Spaniard, is also among the favourites for the French Open crown. He would enter the arena with all guns blazing and would be hoping to win his first grand slam title. His buildup to Roland Garros has been phenomenal. With 4 ATP title wins this year, including the clay court event at Madrid, he is buoyant beyond belief. He beat Nadal, Djokovic and Zverev on consecutive days at the Madrid event, which has further boosted his confidence. With an outstanding form announcing his arrival at the red clay of Paris, Alcaraz has all the reason to believe that he can topple the opposition to win his first major.

The only impediment would be the fact that the French Open is a grand slam event, played over 2 weeks, where the winner is expected to play and win seven best-of-5 matches. Alcaraz may have proved his worth in the best-of-3 format of ATP 1000 and ATP 500 circuit, but a grand slam requires a different strategy and in addition to fitness and fire power, which Alcaraz has aplenty, requires patience and attitude. For youngsters, these commodities are usually fully consumed in the first few rounds of a grand slam. Hopefully, for millions of his fans, Alcaraz will overcome this challenge.

Alcaraz's burning desire for his first major has been all too evident in his various public appearances.

Like a wounded lion, Djokovic is also waiting in the ranks, determined to claim the French Open crown for a third time. He had to miss the first major of the year, the Australian Open, due to his Covid stance and, for the same reason, was disallowed to contest several tournaments in America. He, however, played ATP tournaments in Dubai, Serbia, Madrid and Monte Carlo but could not win any of these. The 2022 season seemed to be passing him by till he won the Italian Open. Facing Stafanos Tsitsipas in the final, he was a showpiece of sublime tennis skills. Clinical in execution and several notches above the competition, he clinched the title in a convincing manner.

Djokovic appears to have found his lost form a week before the French Open commences. Since the French rules allow non vaccinated players to contest, Djokovic would be going all out to prove himself on the red clay of Paris. Djokovic would want to overhaul his grand slam tally to 21 and riding on his French Open form, he would want to annex the Wimbledon title later in July to become the player who has won the most grand slams.

Contenders like Felix Auger-Aliassime, Alexander Zverev, and Matteo Berrettini would also be lying in wait. They have shown enormous potential and can cause an upset to annex their first tennis grand slam. 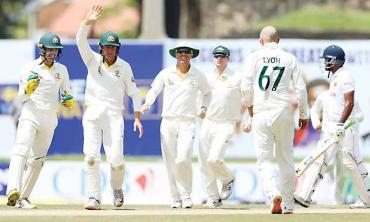 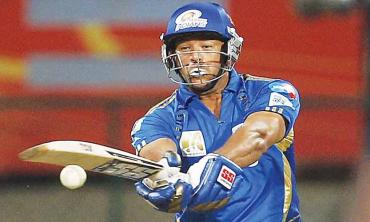 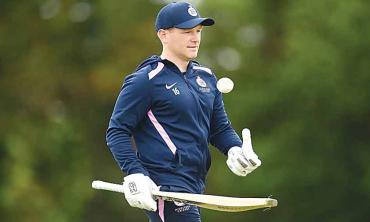