The Lady of Sohenbela by Irshad AbdulKadir opens on the wedding night of Kamila, who is the protagonist of the novel, and Mansoor, an influential landowner in a rural area of Pakistan who is a widower and a father of two girls. The reader realises that the marriage is the result of based on some unusual circumstances rather than love. However, witty exchanges between the two with subtle flirtation makes for a promising start that leaves one wanting more of the love story.

Kamila is the gaddi nasheen to a huge dargah located in Sohanbela and Mansoor, a powerful sardar of the region. The book revolves around the past and present lives of the principal characters. Kamila is a liberal, educated and tenacious woman with a mind of her own and a tongue in sync with it. Mansoor comes across as a thorough gentleman, highly educated, a respectful son and a doting father, leading a strictly disciplined life with many responsibilities but not wanting in wit.

All the main characters in the novel are seen grappling with the heavy burden of their past. This includes the haveli. I thought it was clever of the writer to make the setting where all action takes place a character. The haveli has endured the mistakes of Mansoor’s father, given strength to his mother and has seen Mansoor’s first marriage bloom and then wither away. It is the haveli where Mansoor’s daughters live happily and where Mansoor finds love yet again.

Kamila goes through many twists and turns of fate. She has the endearing quality of kindness at the core of her existence. There are strong women characters in the novel – including Mansoor’s mother Bibi Gul. She runs the haveli and the lives of those tied to her. It is a relief to see female characters with kind hearts and exteriors.

The novel takes a deep dive into the world of sufi shrines and their workings while simultaneously throwing light on the lives of landowners and the responsibilities and animosities that come with sardari. It is particularly interesting to have fairly modern and liberal characters in as traditional a setting as possible and a plot rooted in rural culture. I liked how the writer goes into detail about certain sufi practices. The description of the shrine and the dhamaals that take place there is so vivid and detailed that for someone who has no knowledge of the matter, I could visualise entire scenes as if they were taking place in real-time, in front of my eyes.

It is particularly interesting to have fairly modern and liberal characters in as traditional a setting as possible and a plot rooted in the culture of rural areas of the country.

The novel somewhat lacks in dialogue, especially between Kamila and Mansoor. The opening chapter of the novel makes for a promising start for the love story between the two but as the writer delves deeper into other areas of the plot, he is unable to develop the relationship between the couple. This leaves the reader feeling uneasy about their love scenes and dialogues that lack a natural flow. The conversations feel forced and unlike regular dialogues, one can imagine two people to have. Some of the details of Kamila’s past relationship appear unbelievable. I found myself turning over the pages, waiting for the story to go back to Puran Sharif. The plot runs deep and detailed with a story that is anything but uninteresting. However, the lack of relationship development between the two principal characters causes the dialogue to feel shallow – almost insincere.

While the love story disappoints, other relationships the main characters have, do not. Kamila’s relationship with Mansoor’s daughters, Masooma and Tehmina, is a much-needed break from the overdone evil stepmother rhetoric in South Asian novels and films. The relationship between Kamila and Bibi Gul is also based on mutual respect and genuine care for each other’s welfare.

The lady of Sohanbela lacks in many areas where the writer could have gone a step further – the transfer of power at sufi shrine to a woman should, for instance, probably have been given more space. Overall, the book is a valuable addition to literary fiction from Pakistan on account of its refreshing plot alone. If you can get past the shallow dialogue and the archaic vocabulary used by the writer at times and bear with the disappointment of a love story that feels brimming with excitement at first – the storyline is worth it.

Book: The Lady of Sohanbela

The reviewer is a writer and journalist based in Lahore. She has studied at Mount Holyoke College and Columbia University Graduate School of   Journalism. 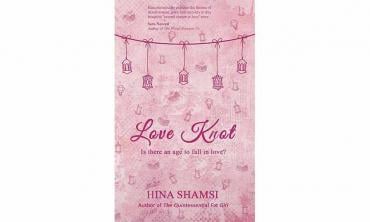 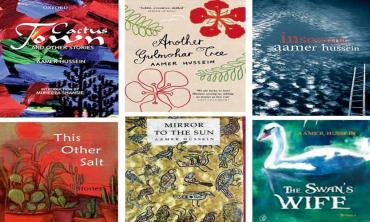