ast week, the Pakistan Meteorological Department (PMD) warned of record shattering day-time temperatures throughout the country. Temperatures in the Punjab remained 7 to 9 degrees Celsius above the normal summer average. This spell of extremely hot and dry weather manifested by stressing the already dwindling water reservoirs, driving up energy demand and increasing the burden on a crumbling healthcare system with cases of heatstroke.

The aftereffects of this heatwave will continue to impact water flow in rivers, casting doubt on steady availability for irrigation purposes and potentially affecting crops, orchards and plantations. Already, the beginnings of a long drawn drought are visible in areas of Balochistan and Sindh where precious livestock raised for Eid-ul-Azha is succumbing to the hot, dry weather.

A fleeting day or two of spring, unexpected hailstorms in the federal capital, rivers sweeping away bridges up north, and an unanticipated heatwave to break 61-year extremes are just a handful of the climate extremes 2022 has brought along. Whilst the populace revelled in the apparent ‘defeat’ of SARS-COV-2, or coronavirus, a stark reality that has been staring us in the face for long has begun to knock harder at the door.

The Global Climate Risk Index by Germanwatch analyses global extreme weather events and their socio-economic impact. In 2019, Pakistan was ranked as the 8th most affected country by extreme weather events on this index. Germanwatch added, “Countries like… Pakistan that are recurrently affected by catastrophes continuously rank among the most affected countries both in the long-term index and in the index for the respective year.”

Between 80 and 90 percent of all documented natural disasters in the past decades have on average been a result of floods, heatwaves, droughts and storms. The consequences for a developing nation like Pakistan have been immense; with the impact of the 2010 “super flood” alone being estimated at a whopping $10 billion accounting for loss of agricultural productivity, economic activity, damage to infrastructure and loss of lives and livelihoods.

While much of Pakistan is no stranger to climatic extremes, this particular heatwave stands out with its unexpected timing, rapid onset, and severity which, the experts believe, will continue in the days and weeks to come.

A heatwave is generally the byproduct of a high pressure layer in the atmosphere which compresses and heats the air while causing the clouds to move away or dissipate entirely. The dual combination of hot air and absence of cloud cover means that intense sunlight hits the ground, stripping it of what little moisture may remain. Clear skies and lack of precipitation compound heating of ground by solar radiation. Stretched out over a period of a few days or weeks, the heat intensifies, particularly during the longer days and shorter nights of summer.

As summers continue to grow longer and more extreme around the world, experts measure survivability in extreme temperatures against the “wet-bulb temperature” (the highest temperature at a certain amount of humidity where water will not evaporate; in other words, you can no longer cool your body by sweating.) The maximum wet-bulb temperature a human can tolerate is 35°C. Above this temperature, it becomes impossible for the human body to cool itself through sweating, and it enters survival mode. A few hours of sustained exposure, and you face imminent death — even in young, healthy adults in their prime. This factor was behind thousands of deaths that shook the nation during the 2015 heatwave. Fortunately, the current dry heatwave is accompanied by low humidity, and will likely not be as fatal.

The buildup of extreme heat is more pronounced in urban areas, where the increased presence of asphalt (roads and bridges) and concrete (buildings) absorbs more heat than soil, increasing temperatures in vicinities where people live, work and travel.

The alarming disappearance of green cover from cities is another contributor to unanticipated increase in temperatures. Less tree cover deprives all kinds of life of precious shade, while the absence of green spaces — parks and plantations, for example — deprives surrounding areas of precious cooling effect. A 2019 study by Aram et al discovered that parks reduce the temperature of surrounding areas up to 350 metres away by 1-2°C.

Disappointingly, during the seven-year period from 2010 to 2017, the tree cover in Lahore fell by nearly 75 percent, a presentation by the Lahore Development Authority (LDA) reports. The loss of three quarters of our green spaces is chalked up to the mushroom growth of private housing societies, acquisition of public land for infrastructure development, and the reallocation of agricultural lands on the outskirts of the city and beyond. In 2019, the Lahore High Court (LHC) observed in Farooq vs Federation of Pakistan that Pakistan had the world’s highest deforestation rate.

To any citizen witnessing the rapid urban sprawl over the last decade, the disappearance of green spaces — plantations, parks, green belts, and urban gardens — has become synonymous with “development.” The transformative nature of urbanisation is converging with climate change in an ominous manner.

This also points to a more serious question at the policy level: how and why did the loss of 75 percent of the city’s vegetation continue unabated; and why effective measures were not planned and implemented over the last two decades?

Whilst the population of Lahore is now reportedly 11 million, the public parks we have were originally planned for a much smaller population.

One worrying aspect amidst the heatwave is the increasing frequency and duration of power outages. Increasing temperatures mean that air conditioners and refrigerators are operating at a much lower efficiency for those that can afford them. Power plants themselves need to be cooled and become less efficient, while the capacities of power lines fall under extreme heat. At best, load shedding can be overcome in the next few weeks; at worst, the national power grid could face a catastrophic failure.

The impacts of a heatwave, compounded by short-sighted policy, are not limited to a few heatstrokes or load shedding. For starters, any type of extreme heat spells disaster for an agrarian economy like Pakistan, by contributing to water stress. Pakistan is already on its way to becoming water stressed by 2025; when water availability per capita will be below 1,000 cubic metres per year. The unforeseen consequences of this for crop yields may spell disaster for food security. The economic fallout associated with cash crops like tobacco and cotton, and power rationalisation for the industrial sector may impact exports during the crucial time.

The time to act is now — not next week, or next monsoon, or next year, or next decade. Firm commitment by local and provincial governments is essential if the menace of climate change is to be tamed. From a regulatory perspective, provincial Environment Protection Departments (EPDs) must be strengthened, instead of acting as headless organisations without functioning and empowered directors or staff. Environment protection and climate change mitigation must be adopted as crucial parts of all development sector projects, and the Planning Commission and Executive Committee of the National Economic Council (ECNEC) must mainstream climate change mitigation instead of sidelining it to a list of checkboxes inserted under a forgotten annexure.

Finally, a behaviour change communication strategy must be framed by both the federal and provincial governments, in order to nurture sustainable steps in communities via school- and society-based plantation programmes; regulations for water use control at residences, car wash stations, and other avenues; promotion of a hybrid work regime as and where practical; and encouraging carpooling and staggered operating hours for businesses and schools to control traffic flow and reduce harmful emissions that not only contribute to temperature increases but are also the biggest component of smog.

Climate change and environmental protection can no longer be sidelined. These challenges must be tackled with a multi-pronged response that combines government actions as part of the larger lens of public health, food security, productivity and economic activity.

The writer is a development sector professional with nearly a decade of experience in communications and reporting. He has supported the implementation of The World Bank’s Disaster and Climate Resilience Improvement Project (DCRIP) and ADB’s Flood Emergency Reconstruction and Resilience Project (FERRP) in Pakistan 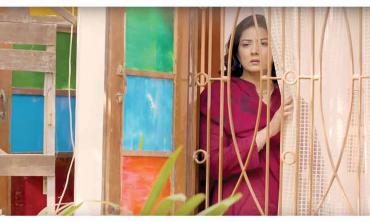 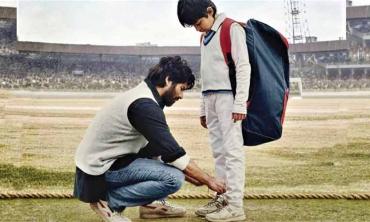 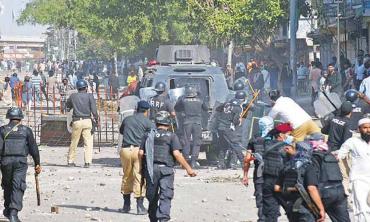