Algham is a collection of Sarmad Sarosh’s poems (nazms) in Urdu. In his foreword to the book, there is a lament on the reasons behind his preference for composing nazms as opposed to ghazals. Poetry, in his view, is a profound intellectual endeavour that requires sustained effort and in a transient culture with fleeting attention, is fast losing relevance. With this backdrop, he alludes to his dissatisfaction with the predominant trend of ambiguity in Urdu nazm and expresses his concern that the nazm is devoid of charm and allure even for those who pay heed. He espouses to avoid these blemishes in his work. He also disparages the use of plain language in poetry. Altogether, his aspirations are big. I leave it to the reader to decide whether or not his achievement matches his ambition. I enjoyed reading the poems and recommend these to serious readers of modern Urdu poetry.

Modern Urdu nazm evolved during the later part of the 19th Century under Western influence during the colonial period. The British rulers in partnership with local scholars encouraged translations from English poetry. The modern nazm matured the in the 20th Century. Some of the greatest Urdu poets in the Twentieth Century were primarily writing nazms; NM Rashid, Meera Jee, Allama Iqbal and Majeed Amjad are some examples. Urdu nazm is diverse in content and versatile in style. It is no mean feat to make a mark in Urdu poetry in general and nazm in particular. Creating a distinct style through creative use of language and poetic tools like metaphor, symbols and images is highly desirable. Sarosh has successfully employed these tools in his nazms. Many of his metaphors, images and symbols are new. He has tactfully maintained a connection with the tradition through use of language. He borrows the method of construction of metaphor, image and symbol from great masters but uses them to generate his own. We can hear an echo of those masters in his nazms but we do not see an imitation. His success lies in striking this fine balance. See this example in the first nazm of his collection. We can see a reflection of NM Rashid here but the images are not an imitation. The boundaries between different senses and ideas are blurred to create a haze that conveys a holistic artistic experience.

We can find similar examples in many of his poems. In his nazm ik khawab taar taar hai (A dream is tattered) he alludes to Chagai where Pakistan conducted its nuclear tests and then weaves other associations around that image.

In his nazms he captures his experiences in the contemporary world. In mairee aur bailon ki ik dastan hai he describes how the domesticated oxen are provided with fodder in return for the hard labour in agriculture. He draws a parallel between that and his experience of earning his living in a modern economy. This resentment with routine swells to engulf the loveless marital bond in Badar Jan. The pressures and demands of modern life have dehumanised and degraded us into virtual machines. This is a recurrent theme in his poems. He feels helpless in the face of this crushing grind. To deal with this he indulges in momentary pleasures but the spectre of demons keeps hovering in the background. Uboori mussarat ka din (The day of temporary pleasure), Shafee Khan, Jahan-i-Moor (an ant’s world) are a few examples of that. He, however, does not give up his struggle to deal with the mundane and is annoyed by those who choose to do so. In Ghulam Akbar pahunch gai hain? (Has Ghulam Akbar arrived?) we sense that annoyance underneath the satire. He does not give up on his search for a more fulfilling life. Sometimes sweet dreams come to his rescue, for example, in hum nay marna naheen (we will not accept death).

Sarosh explores multiple dimensions of love relations in many of his nazms. He examines different aspects of emotions in a rational manner. Through this effort, he is able to create a distance from his participant role and becomes a beholder. In Nai Rishtay the tension between the modern and traditional ways of relating is described in a matter of fact manner. Here the traditional form is not a desirable one. In Doosra Zaiqa the connection with the woman is harmonious because the sharing involves intellectual pursuits. When he is praising the beauty of a woman in his nazm, Taleeqa Jassi instead of using a familiar Urdu poetry technique of mubaligha (exaggeration), he blames the laws of nature that are preventing nature to bow down in respect of her beauty. This indirect expression brings freshness to the poem. There are a few poems where he allows his emotions to erupt, for example, visal ki subh. In qatl say darguzar kar gia hoon he describes his emotions towards his rival in love but then rationality prevails.

Sarosh’s poetry chronicles the present-day life in Pakistan. He has a rational lens to watch and poetic language to portray the scenes on the stage.

The reviewer is a poet and researcher. He is a senior research fellow at University College London, UK. He can be accessed at ayubawan@hotmail.com 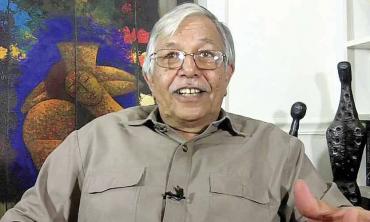 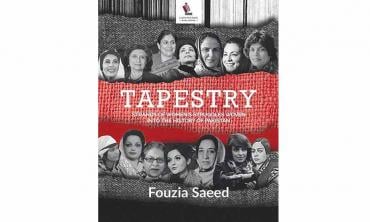 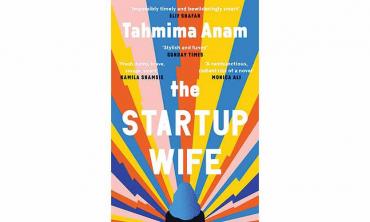