Words are eluding the ‘poet of the city’

In a room full of people who love him, are inspired by his work, and whose lives he’s touched, tributes are paid to Punjabi poet Irfan Malik battling dementia and logopenic aphasia

could not tell you about the first time I met Irfan Malik. But I can tell you that I have always called him Irfan Malik. He would visit my mother at our house in Shadman, Lahore, on his trips back from Boston. We would listen to music, he would read out his poetry to my parents and would encourage me to read out mine.

He had a fondness for correcting people’s rhyme schemes and meter (which continues even now that the words elude him), but would eventually tell you to do away with convention altogether. Whoever became a great poet by being conventional? Irfan Malik was the only one of my parents’ friends whom I could comfortably call by his full name. He was one of the people who never treated children like children.

Like any good storyteller, Irfan has a patience that helps him get along with children. Suneeta Gill, a filmmaker who has also known Irfan since she was a child, sent a beautiful video message, in which she said, “It has been an honour to have your life imprinted on mine.”

Recently, his partner, Amna Buttar, came to Lahore to make sure he was settled and, well… to say goodbye. She and I organised an event, titled Beyond Words, at SAFMA to celebrate Irfan’s body of work: eight poetry anthologies and a Punjabi translation of his friend Gösta Friberg’s work. We wanted to do it while he could still enjoy it. His fellow poets and leftists from Lahore were all in attendance. Friends and collaborators from Stockholm, Cambridge and New York sent video messages to be played at the event. Writer friends recited Irfan’s poetry, and many poets like Raja Sadiqullah and Hasan Mujtaba read out poems that were inspired by Irfan. There, with his daughter Ariana by his side, in a room full of people who loved him, amidst a celebration of his work, it felt like he almost remembered who he was… not hazy, muddled bits and pieces of himself, but the totality.

Irfan is in the last stages of dementia and logopenic aphasia. Amna was a professor of geriatrics at NYU when they first met. As she tells it, he read a poem to her and she was smitten. Back then, the symptoms were first starting to appear and they both believed that love and literature could conquer anything. And so, the poet who was losing his words fell in love with a doctor who treats the disease that was stealing them.

On a trip to Lahore during their honeymoon phase, he told me about her for the first time, referring to her simply as his “mashook” (beloved). When he and Amna had dinner at my flat a month ago, I asked him who she was and he said “bandar” (monkey). What hasn’t changed is the way he looks at her, the way he hugs his children, his sense of humour and his readiness to carry a tune.

We had coffee on the roof after dinner and Irfan recalled, in minute wordless detail, the many misadventures we faced when he was helping me move into my dorm, as I was starting college in an alien city. It took five minutes and lots of help from me and Amna for him to tell the story: The Red Sox had a game; it was raining; we couldn’t find parking; my mother (whom he referred to as my sister) was throwing a fit. He said I had too many suitcases; I said I was carrying my whole life. Amna and I were stunned — for him to recall a memory from 11 years ago so accurately was astonishing.

In Boston, Irfan, a fellow writer and displaced Lahori, became the person to call when college wasn’t exactly bringing out the best in me. In 2011, during my freshman year, I went to see him at a bar in Cambridge. His father had died a few days ago, in Lahore, and he had not been there. On his way to meet me, he got lost and arrived quite late and disoriented. At the time I had chalked it up to grief, but the dementia had started setting in. Once he got his bearings, he pulled out a crumpled piece of paper and read out a poem he had written for his father, lamenting the unpayable debt that he owed him.

During my time in college, Irfan continued to worsen. His symptoms were initially mistakenly diagnosed as the aftermath of a mini stroke. He was only diagnosed with dementia when the aphasia became noticeable — he would stutter and struggle to find English words. The doctors concluded that he would lose his languages in the order that he had learnt them. When he told me, we spent all night contemplating a writer’s existence without words and attempting to imagine a worse fate. We were not entirely correct, because when I see him now I know that love does not need language, nor do music or humour.

rfan Malik, or so the story goes, was born in Dabbi Bazaar inside the Walled City. He once explained to me that he had deep roots in Lahore, and you could tell by the way he couldn’t pronounce the letter . I don’t remember the exact logic, but it was something about how the sound waves moved in the topography of old Lahore that shaped people’s palates a certain way — they couldn’t pronounce palatal consonants correctly. The word was not friendly to Irfan Malik, long before all the other words would turn on him.

It is difficult to find a linear thread to this story, especially after having heard so many versions of it. For most of the time that I have known him, Irfan Malik worked in the IT Department at Harvard. But he has always been primarily a poet, one who chose his mother tongue, Punjabi (the only language he has left now), as his medium. But, as his friend, fellow poet and professional Punjabi pedant, Mushtaq Soofi, said at Beyond Words, Irfan has always been a poet of the city. And this, according to Soofi, is what makes Irfan unique to Punjabi literature, which has been kept alive in the villages but left behind by the cities.

But Irfan’s story only begins and ends in Lahore. Over the course of his life, he would remain cosmopolitan. He lived in many cities, but always carried with him his mother tongue and the timeless ethos of Lahore, for which I would seek him out whenever I felt unmoored in Boston. But he was influenced by Lorca and Neruda too, and he brought the flavour of modern poetry to Punjabi urban lyricism.

Imprinted upon that mother tongue is the music of all his other languages, and superimposed upon the map of Lahore in his subconscious are the maps of all the other cities in which he has lived, even if now the lines are fading. It is the poetry of the cities, yes. But it tells the story that is never told, reveals the shame beneath the facades of chastity and moral rectitude — reveals it so effortlessly and with such reverence that it no longer feels shameful. His view of The Mall is of someone who knows what lies beneath the surface, almost innately.

Irfan’s poetry does not shy away from the romantic, or the titillating, or even the vulgar and grotesque. I am amongst many when I say that I am better for having known him, as a person and as a writer.

A couple of weeks before the SAFMA event, Soofi read to Irfan one of his own poems that he was considering reciting at the event. Irfan, at the moment not recognising his friend or his poem, told Soofi that he thought he was a very good poet. The room erupted into laughter, because even though Irfan the poet didn’t remember writing the poem, Irfan the critic still knew that it was good.

The author is a writer and academic based in Lahore

Words are eluding the ‘poet of the city’ 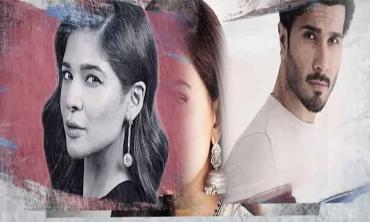 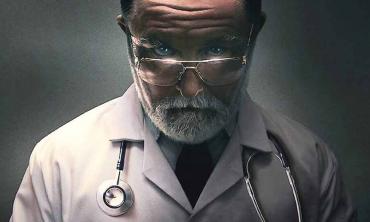 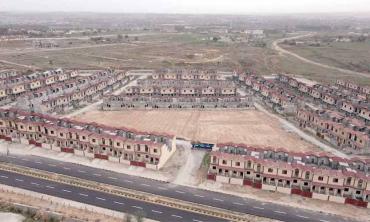