NATO: a (neo-)imperialist tool — I

In the 1990s, the alliance was a tool for the stabilisation of Eastern Europe and Central Asia

Since Ukraine was invaded by Russia last week, the question of the North Atlantic Treaty Organisation and its raison d’être after the collapse of communism (Soviet Union) has crop up yet again. As a treaty specifically signed to conjure up a coalition of states to ward off an impending threat from the communist nations, primarily Soviet Union, it should have ceased to exist when the Soviet Union was dismantled in the early 1990s.

Not only did it continue to exist but new members were added to it. Why was its ambit widened to include Ukraine, after Russia had repeatedly warned against a NATO expansion in its neighbourhood? Another question relates to its role as an instrument to serve the interests of Anglo-Saxon nations.

But before going into these questions, the historical context and circumstances that necessitated the establishment of the NATO need spelling out.

In the wake of the World War II, two developments were of extreme importance: the establishment of United Nations to replace the League of Nations and the setting up of North Atlantic Treaty Organisation. As in the past, the states of Europe hedged their bets by establishing military alliances, whereby they pledged to come to each other’s defence in case any one of them was attacked. Thus, in March 1948, Great Britain, France, Belgium, the Netherlands and Luxemburg signed the pact of Brussels. It served as the military component of the subsequent Council of Europe which most of the nations of the West joined.

The United States joined members of the Brussels pact in the North Atlantic Treaty Organisation in 1949. In 1952, Greece and Turkey became members of the Alliance, joined later by West Germany (in 1955) and Spain (in 1982). Later, several other European countries too joined the Treaty. These included Italy, Iceland, Denmark, Norway, Portugal and from North American continent, Canada.

The NATO now has 30 members, 28 Europeans and two North Americans. Inclusion of United States changed the character of the organisation. It became anti-Soviet in an unequivocal sense. This intensified the US-Soviet animosity, triggering the Cold War. More to the point, the NATO assumed the role of advancing the (neo)imperialist interests of the United States.

A noteworthy aspect of the arrangement was that the US seemed to have ensured that the potential military engagement would be far from America. Prior to 9/11, the closest that America ever came to an attack on its territory was the Cuban missile crisis in the early 1960s. The American response to that crisis put the entire globe in existential jeopardy.

Given the background, a benign view of the NATO is that of an international organisation with the aim of guaranteeing the freedom and security of its members through political and military means. It was founded by countries that were concerned that the Soviet Union would expand its political and economic system, called communism, beyond the Eastern Europe. Before proceeding to an overview of its operational side, it seems pertinent to shed some light on its structure.

While the signing of the treaty had created allies, it had not created a military structure that could effectively coordinate their actions. This changed when growing worries about the Soviet intentions culminated in the Soviet detonation of an atomic bomb in 1949 and the outbreak of the Korean War in 1950. In the Treaty’s renowned Article 5, the new allies agreed that “an armed attack against one or more of them… shall be considered an attack against them all” and that following such an attack, each ally would take “such action as it deems necessary, including the use of armed force” in response.

Significantly, Articles 2 and 3 of the treaty had important purposes not immediately germane to the threat of attack. Article 3 laid the foundation for cooperation in military preparedness between the allies, and Article 2 allowed them some leeway to engage in non-military cooperation.

The alliance’s creation was part of a broader effort to serve three purposes: deterring Soviet expansionism, forbidding the revival of nationalist militarism in Europe through a strong North American presence on the continent and encouraging European political integration. This was during a time called the Cold War, which ended with the collapse of the Soviet Union in 1991.

NATO’s Command Structure is under the authority of the Military Committee, NATO’s highest military authority composed of the Chiefs of Defence of all member countries. The NCS consists of two strategic commands: Allied Command Operations (ACO) and Allied Command Transformation (ACT).

The NATO soon gained a consolidated command structure with a military headquarter based in the Parisian suburb of Rocquencourt, near Versailles. This was the Supreme Headquarters Allied Powers Europe, or SHAPE, with US Gen Dwight D Eisenhower (later, the American president) as the first Supreme Allied Commander Europe (SACEUR).

Soon afterwards, the allies established a permanent civilian secretariat in Paris, and named NATO’s first Secretary General, Lord Ismay of the United Kingdom. NATO’s capacity to deter and defend is supported by a mix of nuclear, conventional and missile defence capabilities, which complement each other, and is underpinned by an array of civil and military resources to support these capabilities and the posture more broadly.

The most recent figures published by the NATO show that the US is the single largest contributor to the alliance. Based on NATO estimates for 2021, the US contributes 1.4 million armed personnel, making up 41 percent of the 3.3 million armed personnel in the alliance. The remaining 59 percent come from Canada and European countries. It has an essential role for international peace and security.

For decades, the United States has had nuclear weapons on the territory of some European members of the NATO as part of its deterrence and defence capabilities. These weapons remain under the custody and control of the United States. Since the fall of the Berlin Wall in 1989, Article 5 has been invoked only once, immediately following the terrorist attacks of September 11, 2001.

NATO: a (neo-)imperialist tool — I 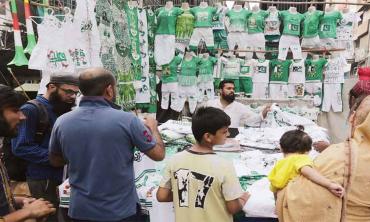