Another wave of violence?

On January 19, the Peshawar Counter-Terrorism Department (CTD) issued a statement saying that Bilal, an Islamic State-Khorasan Province (ISKP) commander, had been killed in a police encounter.

Many questions remained unanswered. Bilal Khan, 35, was a resident of union council Adezai in the Mattani area of Peshawar. Mattani is the area most affected by terrorism in the southern part of Peshawar. Sleeper cells here have been quite active recently and are believed to have been involved in more than 50 percent of the attacks in Peshawar.

Earlier, Tehreek-i-Taliban Pakistan (TTP) commander Tariq Afridi’s group was active in the same area. Tariq Afridi was popular in Sipah-i-Sahaba Pakistan (SSP) and Lashkar-i-Jhangvi (LeJ) circles. When a faction of the Tehreek-i-Taliban Pakistan (TTP) split and joined the ISIS in 2015, Bilal Khan too joined the ISIS and pledged allegiance to Abu Bakar Al Baghdadi. The group was accused of attacking the US Consulate and security offices. However, only two FIRs were registered against him on January 9, 2010, and August 8, 2011, registered with Mattani police.

Bilal’s killing in a police encounter comes as police officials in Peshawar and Khyber Pakhtunkhwa are once again being targetted by militants. In another significant incident, Abdul Hameed Rahmati, an Afghan religious scholar, based in Peshawar, was shot dead by unidentified assailants.

Sources said Rahmati was likely targetted by the ISKP for his links to the Afghan Taliban. However, the ISKP has not claimed responsibility for the assassination. It should be noted that the ISKP is currently emerging as a major challenge to the Taliban in Afghanistan. Their attacks against the Afghan Taliban are on the rise. However, the Afghan authorities have sought to suppress these reports.

The authorities are apparently trying to use the ‘Swat Model’ to stem the tide of terrorism. In 2009, the coalition government of the Awami National Party (ANP) and the Pakistan Peoples Party (PPP) had reached an agreement with Sufi Muhammad of the Tehreek-i-Nifaz-i-Shariat-i-Muhammadi to control the Swat insurgency in Khyber Pakhtunkhwa. There was a belief that those who really wanted peace would lay down their arms and cooperate with the government after the agreement. If that did not happen, an operation would be launched against them. At that time, the peace deal had come under sharp criticism both from within and outside the country.

The then provincial government had apparently believed that after the peace deal, the militants would lose popular support, and thus the military operation in Malakand would gain. Success was claimed later when the government’s writ was finally restored in Malakand.

According to the Pakistan Institute for Peace Studies, there were 207 incidents of terrorism in Pakistan in 2021, a 45 percent increase over 2020. As the attacks intensified after the ceasefire ended in December, the Pakistani Taliban alleged that a missile had hit the hideout of their leader, Faqir Mohammad in Kunar. Meanwhile, Abdul Wali alias Omar Khalid Khurasani from Mohmand district opposed the ceasefire. This gave the impression that commanders from north of Peshawar may have certain reservations about the peace deal.

After the fall of Kabul on August 15, 2021, Pakistani Taliban prisoners were set free from Afghan jails. Maulvi Faqir Muhammad, a fighter from Bajaur, was among them. Earlier, he had escaped from Pakistan during the Malakand operation.

Pakistan’s position regarding the Pakistani Taliban taking refuge in Afghanistan has been that they had support from India. After the arrival of the Afghan Taliban, some quarters argued that the Afghan Taliban should take action against them.

The Haqqani Network and young Afghan fighters do not want to take action in Afghanistan against those who sheltered them in Pakistan despite US pressure.

An important consideration is that if too much pressure is exerted on the Pakistani Taliban by the Kabul authorities, they might end up joining the ISKP. It was with this scenario in mind that Pakistani authorities started a dialogue with the TTP. The TTP announced a one-month ceasefire on November 9.

When the TTP declared a ceasefire, differences cropped up within its ranks.

The problem was gaining the trust of the affected fighters. Afghan Taliban fighters questioned their leaders about the need and legitimacy of talks with their enemies.

The Pakistani Taliban, who believed that the US is their biggest enemy and Pakistan has been supporting it, are not averse to talks. They believe that after the departure of the US, there is no reason to continue the fight. A majority of these commanders and fighters are from the southern region.

However, the militants directly affected by the Pakistani military operations are not in favour of the ceasefire agreement. They believe that the Afghan Taliban have defeated the United States and that they can achieve similar results in Pakistan.

The TTP has therefore resumed its attacks against security forces in Paksitan in particular and against civilians in general. According to the Pakistan Institute for Peace Studies, there were 207 incidents of terrorism in Pakistan in 2021, an increase of 45 percent over 2020. As the attacks intensified after the ceasefire in December, the Pakistani Taliban alleged that a missile in Kunar had hit the hideout of their leader, Faqir Mohammad. Meanwhile, Abdul Wali alias Omar Khalid Khurasani from Mohmand district opposed the ceasefire. This created the impression that commanders from north of Peshawar may have reservations about the peace deal.

After an attack on police in Islamabad, Interior Minister Sheikh Rashid Ahmed said that a fresh wave of terrorism has hit the country. The TTP is now targetting policemen in major cities because they want to breach the first line of defence. If they can break through it, a flood will follow.

Moazzam Jah Ansari, the inspector general of Khyber Pakhtunkhwa police had warned earlier that the ISKP can be a bigger threat than the TTP.

He had told the media about the police plan to counter these threats. However, capacity is a real issue. The KP police have the experience of fighting Al Qaeda.

Sources close to law enforcement say contacts are still being maintained with the TTP and the government wants a peaceful solution to the issue. A five-member delegation of the Mehsud tribe visited Afghanistan on January 9. The delegation met with TTP chief Mufti Noor Wali Mehsud. The manner in which the delegation was received suggests that at least Mufti Noor Wali and the militants from Waziristan are interested in negotiations.

The meeting had a background. In December 2021, a local PPP leader was assassinated in South Waziristan. A jirga of three major Mehsud tribes was convened to discuss such incidents with the TTP leaders. There is no doubt that Mufti Noor Wali is under pressure from his hardline comrades. Even if the talks succeed, there is a risk of a post-treaty Swat-style disagreements.

The writer is a Peshawar-based journalist, researcher and trainer on conflict and peace development. He can be reached at frkakakhel@gmail.com

Another wave of violence? 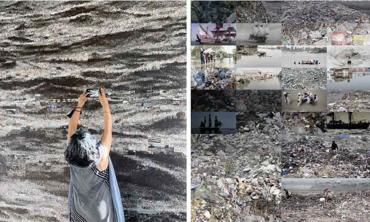 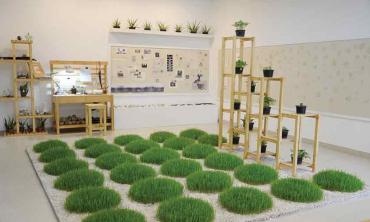 The notion of the unprecedented 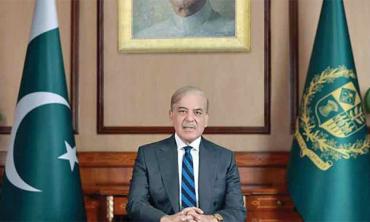