It's one of golf's charming differentiators - the ability for the average Joe to identify with the world-class Pro. You and LeBron James have virtually nothing in common. Nor do you have any idea what it's like to play quarterback in the NFL. But surely you've found yourself in a position similar to Russell Henley's on Sunday: You're playing lights out, closing in on a round for the ages, when suddenly the finish line appears. An hour later, you're wondering what the hell happened.

After sleeping on the Sony Open lead, in search of his first win in nearly five years and trying to break an 0-for-4 streak when being out front after 54 holes, Henley made the turn in six-under 29 on Sunday to stretch his advantage to five shots with nine holes to play. His worst nine-hole score for the week had been one-under 34. He'd made 22 birdies and two eagles through 63 holes when, like clockwork, the entire tenor of his round shifted. It's a time-honored tradition in golf, that shift from playing freely and thinking positively to swinging defensively and just trying to get it in the house.

It wasn't that Henley collapsed, per se - he made just one bogey coming in, on the 11th. But he looked like a man trying to avoid a choke, not one trying to slam the door shut. It's like in soccer, when a team goes up 1-0 then reflexively cedes possession to the opponent. Or in football, when a team goes up by two scores and starts playing prevent defense.

As you know by now, Henley blew that five-shot lead, ultimately passed by the galloping horse known as Hideki Matsuyama. The two men's body language down the stretch at Waialae couldn't have been any more different: there was Henley, fidgety and nervous; and there was Hideki, assertive and purposeful. On the last hole of regulation, trailing by one, Matsuyama swung out of his shoes and ripped a 340-yard tight draw that cut the corner and left him a 6-iron into the par 5. Henley, playing next, fanned a 3-wood into the right bunker and had to lay up. Henley hit that same fanned 3-wood into that same right bunker in the playoff. Matsuyama then hit the shot of the year-it's early, but as of this moment it's technically true! - a 277-yard soaring 3-wood that plopped down five yards short of the pin and trickled out to set up a brush-it-in eagle.

Matsuyama now has three wins in his last 18 starts after going nearly four years without one prior to his victory at Augusta National. Speaking of that victory ... it didn't just give Japan its first men's major championship, it forcefully removed a massive weight from Matsuyama's broad shoulders. Having covered roughly 40 tour events over the past three years, I'm always amazed at the traveling media flock that documents his every move. In non-COVID times, there were a good handful of Japanese journalists following Matsuyama from tournament to tournament, waiting in interview zones to drill him after a 65 or a 75. He's a naturally shy person who seems genuinely uncomfortable with all the attention. And while his lack of English-and our lack of Japanese-hampers our ability to truly understand what makes him tick, one answer from his post-win press conference jumped off the page.

He was asked how his life has changed since winning the Masters. The normal answer here would be something along the lines of I have more media obligations, I seem to get better pairings, people recognize me more, yadda yadda yadda. Instead: "The pressure of not winning a major has been gone."

From an Xs and Os perspective, Matsuyama's putting performance - he led a full-field event in strokes gained/putting for the first time in his career - brought him the W. But focusing solely on statistics ignores the circumstances that produced them. It is hardly a coincidence that Matsuyama carried himself the way he did on Sunday. He is now unburdened by the hopes of a golf-mad nation. He is free to play (and putt) with aggression and conviction. The back nine on Sundays are always a cauldron of emotion, and the player who comes out on top is usually the one in the positive mental space. Matsuyama's accessing that space with growing frequency, and it's the reason he added his eighth PGA Tour win. –Golfdigest.com 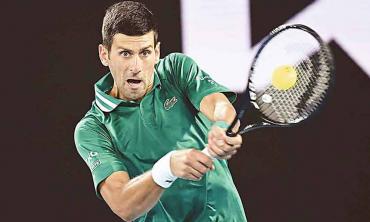 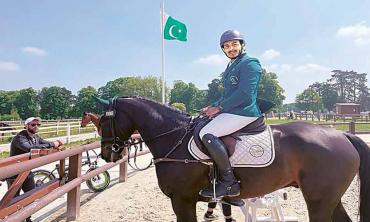 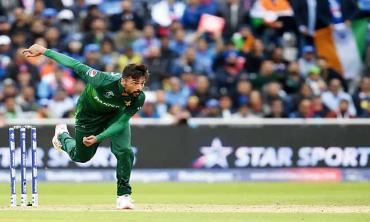