Women may love bad boys, and men might want to be bad boys, but why is this a trope we love so much? 7th Sky Entertainment’s Ruposh, starring Haroon Kadwani underscores the charm of the anti-hero, and why they make such great protagonists.

In 2022, we are all well-aware of toxic behaviours. We are aware of them in ourselves and can spot them in others. In fact, never before has the world been so open about sharing information about mental health and accepting it as it is now. Hopefully this will result in cycles of trauma being cut down for future generations, and give rise to a healthier global community.

That said, who doesn’t love a bad boy? It goes all the way back to Danny in Grease and Patrick Verona in 10 Things I Hate About You, and Karan in Karan Arjun, and leads us into the era of Walt White and Dexter and anyone on the Netflix series Dark, which creates a universe where everyone equally, genuinely sucks and is led by nurture rather than nature.

The anti-hero – the man or woman with so many flaws but a really good heart and way too much nurture-related baggage – always has us as the audience rooting for them. We want them to know better so they can do better because deep down they are better.

You’d think that we would have grown out of this trope over time, but honestly, it remains as attractive as ever. Case in point, Asad Qureshi and Abdullah Kadwani’s Ruposh features Salaar Shah as the ultimate anti-hero, who apart from being arrogant and handsome, also does things like pay his classmate’s tuition when the latter can’t.

If we examine Salaar Shah’s character, we will realize that he is just a kid who hasn’t really grown past the trauma of his mother abandoning him, and tends to gain attention in place of affection through intimidation.

We may think that just this very persona would put viewers off. But the opposite is true. At press time, the YouTube views for Ruposh had exceeded 25 million, just within 8 days of release, and were close to 200 million across all digital platforms.

The anti-hero – the man or woman with so many flaws but a good heart and way too much baggage – always has us as the audience rooting for them. Case in point, Asad Qureshi and Abdullah Kadwani’s Ruposh features Salaar Shah as the ultimate anti-hero, who apart from being arrogant and handsome, also hasn’t really grown past childhood trauma, and tends to gain attention in place of affection through intimidation. We may think that just this very persona would put viewers off. But the opposite is true.

So what is it that drives interest in productions that feature characters we would probably tell our best friends to just steer clear in real life?

Of course, as many, many studies and examinations of the anti-hero have stated, the first thing that attracts an audience to an anti-hero is the fact that they’re just more complex and interesting than the straitlaced hero. And because the anti-hero is flawed, they may strike a chord with the best of us. And because they are striking that chord, their redemption means that we too, could strive toward a similarly satisfying conclusion in our lives.

In Ruposh, Salaar Shah, played by Haroon Kidwai, is both awful and vulnerable. When repeatedly turned down by his object of interest, Zuhnera, played by Kinza Hashmi, he resorts to behaviour we would definitely plant a red flag into, in real life. But for some reason, when he flips and tries to become a better person for love, we breathe a quiet sigh of relief.

At the same time, Geo TV’s Aye Musht-e-Khaak (see cover for details), features Feroze Khan’s narcissistic and borderline sociopathic Mustajab aka Bobby, and despite our best efforts, we sympathize with him. Many of us will continue to invest time into watching the serial, waiting for Bobby to become a better person for Sana Javed’s Dua.

And can we forget Bashar Momin? Here was a guy who was ‘bad’ on so many levels, but we somehow saw the romance in that behaviour too.

While we do think that selling the stereotype of bad-boy-gone-good is a dangerous one, we also realize it makes for successful, engaging, bankable TV. Perhaps what can be done to storylines is add nuances that show the actual character development of our anti-hero, by allowing them to acknowledge their issues and find solutions for them. As we’ve said many times before, if mass media is how we’re educating people on acceptable and expected behaviours, let’s nudge them in the right direction. 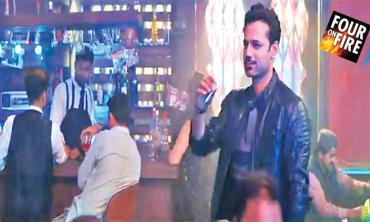 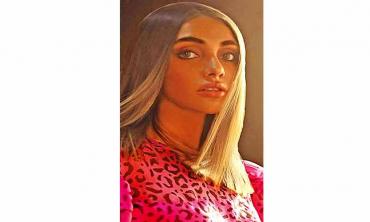 BEAUTY STATION: Seasons in the Sun 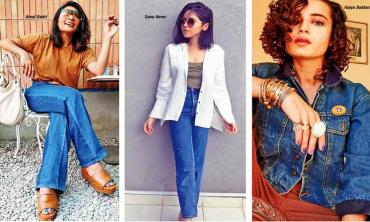 The fabric of our lives – denim edit