Pakistani bowlers and most international wickets in a calendar year

Pakistan is renowned for producing cricketers with natural flair and elan. Flamboyance, pomp and panache, prodigious talent tinged with a certain unpredictability, this is the face of Pakistan cricket

For many years now Pakistan has prided itself on it’s bowling strength, being blessed with some of the best pace bowlers and spinners of the modern era. It is therefore no surprise that in 10 of the last 40 years a Pakistani bowler has been the leading international wicket taker of the year. Interestingly, the honours are equally divided between pacemen and spinners, both having attained this distinction on five occasions each.

Imran was the first Pakistani bowler to head the tally for most international wickets in a calendar year. 1982 was a golden year for him, when he was entrusted with the national Test captaincy and truly came of age as perhaps the best fast bowler of the time. It was a singular honour for a man who had started out as a medium pacer and now terrorised batsmen with his sheer speed, accuracy and a newly displayed lethal weapon called reverse swing.

His 76 wickets for the year included 62 Test wickets from just 9 Test matches, at a miserly average of 13.29 runs per wicket. His strike rate was an imposing 38 balls per wicket, and he took 5 fifers and 2 hauls of 10 wickets in a match. Against Sri Lanka at Lahore he took 8 for 58 in the first innings and followed it up with 6 for 58 in the second innings for match figures of 14 wickets for 116 runs. This is still the best match analysis ever by a Pakistani bowler in Test cricket. He also took 8 wickets for 60 against India at Karachi in December 1982, the 2nd best figures ever recorded in a Test innings by a captain in the history of the game.

The spin wizard who revived leg-spin bowling, Qadir astounded and endeared audiences with the sheer variety and bravura of his bowling. Clothed in layers of mystique were a vast variety of leg breaks, top spinners, flippers and multiple varieties of googlies, bowled at different speeds with different trajectories and grips, that left batsmen baffled and bewildered. An exaggerated flourish of twirling arms and a goatee beard added to this magician’s aura and allure, making him the role model for a whole generation of leg spinners who followed.

1987 was Qadir’s halcyon year. He was the year’s foremost wicket taker in international matches, with 77 wickets at an average of 23.63 and a strike rate of 50.27 balls per wicket. Test cricket accounted for 45 of his victims at 25.08 runs apiece and a strike rate of a wicket every 63.71 deliveries. He had 4 fifers and 3 ten wickets match hauls. His best innings performance of 9 for 56 as well as his top match figures of 13 wickets for 101 runs, were both achieved against England at Lahore. In ODIs that year Qadir reaped 32 wickets costing 21.59 runs each, with a strike rate of just 31.2 balls per dismissal.

Waqar arrived on the international scene in 1989 and soon made an explosive impact. He provided a captivating sight, gathering momentum in a fast, rhythmic run-up to the wicket and a long arching delivery stride before the ball was hurled with a slightly round arm, slinging action, traveling through the air at speeds of over 150 kph. Swinging late and prodigiously, the red cherry would hone in like a target seeking missile to strike the batsman’s toes or the base of his stumps. Yorkers delivered with unfailing precision, scorching pace and deadly reverse swing accounted for 49 Test victims at 17.04 runs per wicket in 1990, at an impressive strike rate of 38.7 balls per wicket. This included 5 fifers, with a best of 7 for 76, and two match tallies of over 10 wickets with 12 for 130 as his best. His best innings and match hauls were both against New Zealand at Faisalabad.

In ODIs that year he took 47 wickets at merely 12.63 runs apiece, with an unbelievable strike rate of a wicket every 20.1 balls. In five of these ODI’s he took over 5 wickets, with 6 for 26 against Sri Lanka at Sharjah as his best. His 96 wickets for the year were taken at an average of 14.88 runs each, and at a strike rate of 29.66 balls per wicket. With this haul he sat atop the list of most international wickets for the year.

In 1993, Waqar was again the leading international wicket-taker of the year with 91 wickets, averaging 19.21 runs per wicket and striking every 30.79 balls. In Tests his tally was 55 wickets at 15.23 runs apiece and a strike rate of a wicket every 29.5 deliveries. He had 6 fifers and a solitary 10 wicket match return. His leading innings return of 7 for 91 and match figures of 13 for 135, were both versus Zimbabwe at Karachi. His ODI figures were not as arresting, with 36 wickets at 25.30 runs each, a strike rate of 32.6 balls per wicket and a single five wicket pick-up of 5 for 25 versus South Africa at Durban.

Wasim was the world’s premier international wicket taker in 1992. Arguably the best left arm fast bowler of all time, Wasim would make the ball talk. He could move it both ways, both in the air and off the wicket, sometimes in two different directions in the same delivery. A true magician with a fast whippy arm action, a venomous yorker and a deceptive slower ball, he had different varieties of bouncers that rose off a good length at express pace, and also made clever use of both the wrist and the crease. Switching from bowling over the wicket to going round the wicket, to change the angle of delivery, equally skilled in both conventional and reverse swing, Wasim was a complete bowler, a true master of his art whose like will be difficult to find again.

Saqlain was the first Pakistani bowler to take over a hundred international wickets in a calendar year. In the 1990’s Saqlain introduced the ‘doosra’ to the modern game, the ball that moves away from the right handed batsman despite being delivered with an off spinner’s action. It completely flummoxed batsmen when they first encountered it and Saqlain’s action made it almost impossible to pick it from the hand. Though the legitimacy of the doosra has subsequently been questioned, Saqlain indisputably bowled it with a lawful and legal action, that he has repeatedly demonstrated to any doubters, showing how he would twist his wrist round the side of the ball at the point of release to send it the ‘other’ way. A few quick short steps and then a fast arm action gave him great control so that he was often the bowler called to deliver at the death in ODIs.

In 1997 he took took 101 wickets at a cost of 21.85 runs apiece and a strike rate of a wicket every 39.89 balls. Out of his 101 victims 32 were snared in Test matches at an average of 28.56 and a strike rate of 66.9 balls per wicket. The remaining 69 wickets were picked up in ODIs at an average of 18.73 and a remarkable strike rate of just 27.3 balls for each wicket. This is still the highest number of wickets ever taken in ODIs in any year. His best Test figures were 5 for 54 versus the West Indies at Karachi and in ODI’s 5 for 38 against Bangladesh at Colombo. Saqlain was the first spinner from Pakistan to take most international wicket-takers in a calendar year.

For three consecutive years, from 2011 to 2013, Saeed Ajmal headed the list of bowlers to take most international wickets in a calendar year, a remarkable and unprecedented feat that will be difficult for anyone to emulate. In a short career blighted by concerns about his action, Saeed Ajmal became one of only four bowlers to take 100 Test wickets despite making their Test debut after the age of 30. He was confident enough to give the ball sufficient air, trusting in his ability to deceive batsmen through subtle variations of flight and speed. His doosra was almost indecipherable, especially when bowled from round the wicket, and batsmen were never sure when to expect it or the faster one, the two together constituting his best wicket taking deliveries. His control was impeccable and at times he appeared to be almost toying with the batsmen, daring them to read him and take him on. It was a battle that he usually won.

Saeed’s wicket catch in 2013 outdid both preceding years, as he picked up 111 wickets, the highest number ever by a Pakistani bowler in any year. These were captured at an average of 22.97 runs each with a strike rate of 40. 5 balls per wicket. In Tests he gathered 39 wickets averaging 27.23 runs per wicket and a strike rate of a wicket every 62.9 deliveries. His best innings figures of 7 for 95 and match analysis of 10 for 118 were both attained in the same Test against Zimbabwe at Karachi. In ODIs Saeed harvested 62 wickets, the 3rd highest ODI return ever by a Pakistani bowler in one calendar year. These cost 20.45 runs each and his strike rate was 29.6 balls per wicket. His T20I tally for the year was 10 wickets at 22.0 runs apiece and a strike rate of 20.4 deliveries per wicket.

The latest Pakistani entrant to this exclusive club of bowlers with the highest number of international wickets in a calendar year is the new fast bowling sensation Shaheen Shah Afridi. Standing 6 feet 6 inches tall, he is able to extract steep bounce from any surface and when added to searing pace in the 150 kph range, seam movement and the ability to swing the ball both ways, it produces a very potent combination that can trouble the best batsmen in the game. And so it has.

In the recently concluded year of 2021, Shaheen Afridi was the world’s leading international wicket taker with 78 victims at an average of 22.20, coupled with a strike rate of a wicket every 32.4 balls. His best performance came in Test matches where he got 47 wickets at 17.06 runs each and a strike rate of 37.3 balls per wicket. His leading innings and match performances were both in the same Test versus the West Indies at Kingston, with 6 wickets for 51 in the first innings and 10 for 94 in the match. In ODIs he had 8 wickets costing 41.37 runs apiece with a strike rate of 39.3 balls per wicket. In T20Is he was again in devastating form, securing 23 wickets for 26.04 runs each at the phenomenal strike rate of a victim every 19.8 balls. The images of Shaheen Afridi removing both Indian openers in the space of seven balls in Pakistan’s first match in the T20 World Cup will be permanently etched in our national memory.

Pakistan is renowned for producing cricketers with natural flair and elan. Flamboyance, pomp and panache, prodigious talent tinged with a certain unpredictability, this is the face of Pakistan cricket. Nowhere is it’s unconventional genius more evident than in it’s bowling, the pioneers of reverse swing and the doosra, the sultans of swing, masters of the mysteries of wrist spin, esoteric and unorthodox they continue to entertain and enthrall.

Pakistani bowlers and most international wickets in a calendar year 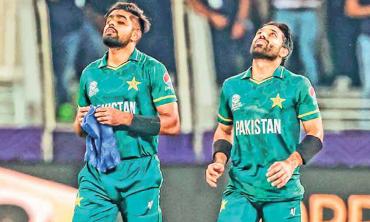 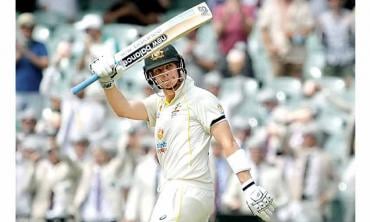 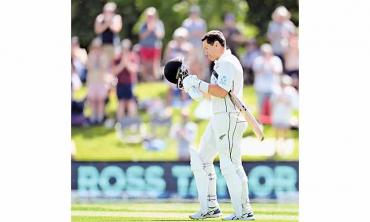