It seemed that Noor Jehan would be here forever. So great was her dominance that it appeared that nothing could dislodge her from her place at the very top of the music scene.

During the course of the 20th Century, the most popular or most heard music was film music or the film song. It replaced all other kinds of music in the sub-continent since film songs could be recorded. The talkie became the rage in the third decade of the century. The songs were available independently on the 78 rpm discs and could be heard away from the situation and the physical locale of the film. This guaranteed its popularity coupled with its relatively cheap and easy access. It could be availed off greatly by the people starving to listen to film music or other kinds of music.

Since the very beginning, Noor Jehan was around to see the new genre being initiated and then grow and mature as an authentic form of musical expression. Due to the immense appeal of music, especially the song; films always had plenty of songs. The singing stars dominated the music scene till the technology to synch the visual with sound developed. A specialised branch of film music evolved but some who were too important as vocalists or had a huge draw switched over to the new technological facility and continued to act and sing, though in a manner different from the times when they started.

Noor Jehan was one of the pioneers of the film song. She made her debut in the films when the song was recorded or filmed live and then made the transition to playback and continued performing both the functions till the end of the 1950s. Afterwards, she switched over completely to the playback mould and there again had a very long stint till she fell ill and could not sing to the satisfaction of the high standards that she set for herself.

So it was not too naïve of the people who had heard her while growing up in her prime to think that she would be there forever and her position at the top was, so to say, stay unchallengeable. In a sense, she is still with us in the form of recorded music that has survived her mortal years.

Noor Jehan was one of the pioneers of the film song. She made her debut in the films when the song was recorded or filmed live and then made the transition to playback and continued performing both the functions till the end of the 1950s.

It was easy for film vocalists to record their music untarnished as the technology facilitated the kind of music that was being produced .Actually it would not be wrong to say that it was the product of that technology and grew along with its development as compared to the kheyal, thumri and even the earlier ghazal that was “khula gaana” and was not bound by the limitations of recording technology. The recording limitations also changed the timbre of music and the voice culture underwent a sea change. The ustads of yore were thus very uncomfortable with the earlier recording of their music because it had to be tailored to the limitations of technology. Thus the end result was often diminished compared to their live performance. The recording obviously survived and is not truly reflective of the calibre of their music. This was not the case in the first phase of film music of the sub-continent.

Noor Jehan, too, started from the stage shows on the Punjab circuit and, with her sisters, was known as the Punjab Mail because all of them were properly trained and could indulge in virtuosity which the others could not. She did not really sing for the theatre as did the other great, Mukhtar Begum, before being chosen by Master Ghulam Haider to be a film vocalist. She was also popular on the Indian circuit and that included Calcutta where other Punjabis like Abdur Rashid Kardar had become successful producers/directors. She had to make an appearance on screen as well as there was no playback and the first appearance in Sheila Pind Ki Kurri announced her arrival. Her number “shala jawanian manain” became an instant hit. Her rise to the top was only a matter of time. It was sealed by the super popular Lahore production Khandan, directed by Shaukat Hussain Rizvi, in which the musical score was again set by Master Ghulam Haider. This at a tender age transformed her from a child star to a full blown heroin.

She was at the very apex of her career in 1947. She decided to migrate and leave behind the very heights of popularity and singing. Bombay and the Indian composers and audiences were left with only her memory. Many others from this part of the subcontinent preferred to stay back and reap the benefits of a huge industry that had its capital in Bombay. It was a surprising decision. Her husband had to make a new start in an industry that took time to get its act together after the violence, migration of talent and shifting of financiers.

Lahore, at best, was a provincial centre of filmmaking in the sub-continent trailing behind Calcutta and Bombay. The talent had been making its way from Lahore to the other two cities. Though the Japanese invasion and air strikes did not really result in occupation of Calcutta, the threat was sufficient for the film centre to shift to Bombay where it has stayed ever since. In Noor Jehan’s case, it was the other way round. She left her position at the top to come back to Lahore. Both Dilip Kumar and Mohammed Rafi were then just finding their feet in unlike Noor Jehan who had been at almost the very top for the past 10 years. The decisions Dilip Kumar and Muhammed Rafi made were understandable. Noor Jehan’s decision could only be explained in terms of the love of the new country. 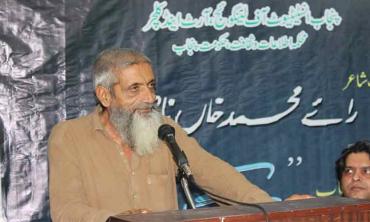 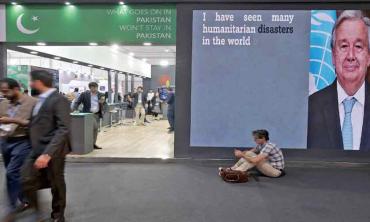 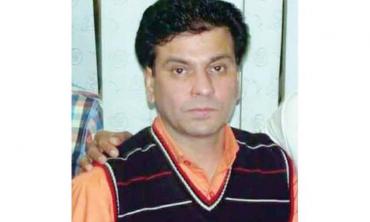