Sehba Sarwar’s work is a mix of art and activism. It explores issues of belonging, boundaries, and transnationalism

Imagine walking down a sidewalk in suburban Pasadena on a warm but breezy morning. On one side there is morning traffic, cars swishing by, in both directions; on the other, a park with a few trees wrapped in ajrak, indifferent to the urgency around them, vibrant and peaceful against the cool grass. Spend a few minutes, and you see what it brings together: earth and people. The installation, titled On Belonging: A Community Response to Home and the Pandemic, is artist Sehba Sarwar’s latest work. Hanging from the ajrak-clad trees are square paper notes. These are personal notes from community members from every age and ethnicity. Sarwar‘s work is implanted in the earth, literally, memory and its inhabitants – people and trees.

Sehba Sarwar‘s work revolves around the idea of belonging to both physical and mental spaces. Her long grey-black hair, inquisitive eyes and soft, engaging voice reach out for attention. She is staunch like her ajrak-clad branches. “That’s how I was raised. To believe that there’s no border for me as a human and what I can do, where I can go, and what I can see and achieve. I don’t stop being where I’m from.”

Her unapologetic simplicity distinguishes her from a culture of forced display. She chooses her words carefully and delivers them with caution. The more you listen, the more you hear. She is a writer, an artist, and an activist. Which comes first though? “The writer, of course,” she answers quickly. Her novel, Black Wings (Second edition, Veliz Books, 2019) is a compelling, at times dark, narrative of how relations come apart but retain the potential for healing and re-growth. It involves the protagonists’ struggle to move beyond past tragedy to learn to forgive and accept the present. In the end, it is about the dissolution of boundaries.

Sehba Sarwar doesn’t believe in boundaries, abstract or concrete. A global citizen, she was born and raised in Karachi, in a family that migrated from India years after the Partition in pursuit of better opportunities. She moved to Houston after her postgrad studies, before finding a home in Southern California five years ago where she now lives with her Chicano husband and daughter. She teaches courses in writing, in social justice, practices art and remains an active member of the local literati of a diverse group of immigrant and minority groups. Although resists most labels, she calls herself “transnational“.

“I didn’t realise I was doing something radical with temporary art in a place like Pasadena. There’s nothing [like this] that shows up and after a while it’s gone.”

“I don’t call myself an immigrant because I never came with a family. A transnational is somebody whose family is in one place she is somewhere else, and she begins a life somewhere. Refugees who are crossing from Syria to Italy are refugees leaving their homes because they have no choice. I, on the other hand, was exploring and studying on my own while my parents were in Karachi.”

“I’m transnational,” she believes this idea is important to understand since most people view national boundaries as permanent, “and I don’t.” What is here today might not be here the next time. This constant fluidity of boundaries is what Sehba Sarwar endorses. Recently, however, she learned it through a bitter experience. On Belonging, was first installed in another location nearby. Instead of taking days to build and install, Sehba Sarwar got help from her mother and a close friend who helped her finish the process within hours.

If national boundaries are not permanent, then what is? “Trees,” she smiles. “They live longer than we do.”

The next afternoon a lot had changed. “My installation was gone! The forty sheets of ajrak fabric that my mother had purchased in Karachi and shipped to Pasadena a year ago had melted away. The cards on which you had written and drawn personal notes had disappeared. The thirteen metal tent stakes dug deep in the ground by Shaista were gone,” Sehba said on her blog.

“It just vanished,” she said when I spoke to her a few days after the incident, obviously shaken. She has too many unanswered questions, mainly, why would someone, anyone really, take the trouble to tear down a piece “of such harmless, inviting art?” No answers yet for her. But the experience, she says, has taught her to inquire deeply: who does it [space] belong to? Who can claim this space? And, most importantly, “who has a right to say ‘I’ belong?”

Sehba Sarwar‘s vision arises from the impermanence of boundaries, of what is permanent and what is not; what belongs to whom? Since boundaries themselves are malleable, everything carries history. Take ajrak, a design traced back to Mohenjo-Daro civilisation. “When you talk about history, you have to talk about landscapes. Those waters have history, but it’s not permanent. Rio Grande shifts because water is impermanent also. Nothing is stagnant.”

If national boundaries are not permanent, then what is? “Trees,” she smiles. “They live longer than we do.” One of her first initiatives in Houston was an organisation called Voices Breaking Boundaries. The women who helped create the organisation were from different parts of the world. After 9/11 and its consequent fallout on minorities and people of colour, she retained a consistent schedule of readings, art installations, workshops and a series that were funded by the National Endowment for the Arts called “living room art” productions through which residential homes were transformed by art for just one night and presentations. “I am so proud of what I accomplished.”

For years, readers have been critical of South Asian and diaspora writers’ reluctance to support bourgeoning movements, especially those that don’t align with the writer’s own ideology. “There’s a premise of solidarity that doesn’t exist amidst Pakistani or Indian or Bangladeshi writers,” unless they’re politically on the same page. Among other writers of colour like Black and Latino writers, she thinks “there seems to be more of a movement in support and understanding [that] we’re working on the same thing so let’s work together.“

Now that Sehba Sarwar is working on a memoir, the readers can expect a lively and frank portrayal of moving between places and people. As a writer, she resists the “need to label, and stamp, and put in a box and say ‘this is what you are.’” This ignorance of indigenous cultures is also a theme in her work.

For now, this corner in Pasadena belongs to her vision of community, peace and support. But she belongs everywhere. A writer, an artist and an activist, Sehba Sarwar consciously incorporates meaningful art with activism.

The writer is a freelance writer based in the US. She can be reached at sikandar.sarah@gmail.com 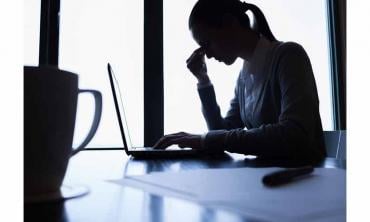 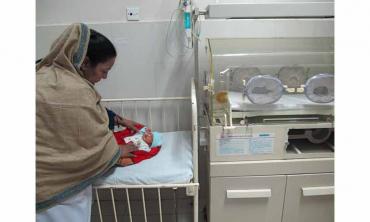 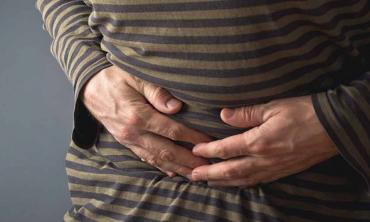