A stitch in time and space

Waqas Khan’s work moves you in many ways. Physically too, since it needs to be viewed close to canvases and seen while stepping back. The viewer has to continue this back and forth movement, because the artwork does not reveal all of its content at a single glance or a cursory contact. Dots, unimaginably tiny, are joined to make small marks. The marks create lines. The lines are arranged in multiple forms, which eventually evolve into the entirety of the image. There is a circle, overlapping spheres, oval, square, triangle, rectangular field, lines travelling from one frame to other and broken patches of different dimensions next to each other.

If dissected, Waqas Khan’s art is found to be based on dots. Large canvases - 8x8, 8x9 and 8x12 feet - begin by adding a dot. Like a man who stitches a pattern, industriously inserting the needle in the fabric, following a certain pattern/ rhythm, Khan constructs the complete picture – with thousands of points. The sheer physical effort of covering huge surfaces with minute marks is daunting and demands great determination. More than the manual labour, Khan’s control on the contours of his forms, circular lines that reverberate to emerge into big, web like compositions, is such that not a single line wavers, or loses its course, or turns crooked.

Beyond that command on his visual language – which for some is merely points and lines –Waqas Khan’s art travels around physical experience and levels of perception. Some may classify his canvases as ‘spiritual’ - popular nowadays in line with the reading of Rumi and Paulo Coelho. But essentially they operate in the realm of senses. His work does not fall in the category of orthodox Op Art, since it does not disorientate a spectator. On the other hand, the paintings guide a viewer’s gaze into immensity of map-like complexities. Continuity of blue lines – as if spread of ocean weaves (Oscillation, 2021). Or a circle that keeps on rotating on its centre, resembling the curled peel of a sharpened pencil (A Blue Circle, 2020). The same pattern is sliced to make a triangle (This or That, 2020), or enhanced into two intersecting circles (A Great Conjunction, 2020).

A total of 10 pieces included in the Transcendental Introspection’ (23rd October to 19th November at the reception hall of Habib Bank Limited Mega Tower, Karachi), offered something usual as well as extraordinary in the aura of Waqas Khan, the wonder kid/ boy/ man of Pakistani art. Not only in his public talks (a recording of his discussion on current works with Salima Hashmi was played in the foyer) but in his artworks too, Khan blends experiences from various stages of an individual’s life. There is playfulness of a child putting simple dots – not loaded with complex meanings - joined with the excitement of making marks on a surface; plunging stick on soft mud, sand; incising holes in a picture or text book page with the tip of a pencil; poking fingers in a freshly baked cake; forcing metal nails into plaster walls: acts, which require bodily effort and invite parental retribution; carried out for mere satisfaction.

A few may classify Waqas Khan’s canvases as ‘spiritual’ — popular nowadays in line with the reading of Rumi and Paulo Coelho. But essentially they operate in the realm of senses. His work does not fall into orthodox Op Art, since it does not disorientate a spectator. On the other hand, the paintings guide a viewer’s gaze into immensity of map-like complexities.

As a school child, one is interested in the game of connecting dots to find a face, figures, scenery, etc. For an adult everything eventually ends up in dots. Proposals, projects, analyses, research, observations are jotted down in the bullets form. This is not different from a young Georges Seurat’s effort to transcribe the entire scenario into dots (of varying hues). What the French painter created is called pointillism. It’s a streak of post-impressionism that required discipline, concentration and patience.

When Waqas Khan puts his points, he encompasses all these in his works. They are painstakingly produced, yet provide a playfulness of points touring here and there. Dots placed in a sequence follow a pattern, but the pattern at some instance encounters a fracture. So the work moves from absolute control to occasional tripping. Interestingly, the work is in the league of Eastern aesthetics, based on freedom out of a strict structure. Qawwalis of Ustad Nusrat Fatah Ali Khan and of Fareed Ayaz and Abu Muhammad are extrapolations out of a rigid form. In the world of visual arts, this has been practiced since classic miniature paintings to Zahoor ul Akhlaq. In traditional miniatures, the age-old format/ formula is approached to create new imagery/ sensation of colour; and in Akhlaq’s canvases, the format of grid supplies a foundation/ inspiration to apply painterly marks which deal with the two-dimensionality of a manuscript page or a miniature painting.

Waqas Khan, heir to his past, immediate and far, conscious and embedded – extends points to another dimension/ direction. His paintings, ink on canvases for the HBL project/ commission, are not just accumulation of points – like the frequent flyer who collects points for a free air ticket or an upgraded seat – these works share something extra, rather extraordinary. It is the actual encounter with the works on wall that transposes a visitor into a different realm. The scale of an average human being to Khan’s canvases, the interplay of light, the background colour (white, black, grey) all contribute in communicating that a viewer is not a looker, but a fellow traveller who moves from one ‘point’ to other, to realise at the end that the journey is the destination. Standing in front of a black canvas with white marks in arbitrary order/lines (Metronome, 2021) makes one recognise that there is no beginning or end, but the process.

If one talks to the painter, he speaks about the procedure. How he places one mark after another, to resolve the entire paper/ canvas. For him this act is essential, leading to create works of such subtlety as Intertwined, 2020, with white linear forms emanating from one frame to enter next, inviting a spectator to immerse in that body of work – which does not have a body per se, because it exists on arbitrary marks, attempts, efforts.

In its essence, the work is a celebration of optics. Experience that first felt, physically, at the artist’s studio (I recall telling him about his visit to orthopaedic because of his consistent movement of one hand/ muscle), but follows the expansion of his surfaces. No matter how large or small his work is, it is rendered with the same tool, the Rapidograph pen. The Greeks had a saying that ‘the iron draws the hand towards it’, likewise the pen draws Waqas Khan’s hand and it’s perhaps not the other way around.

A stitch in time and space 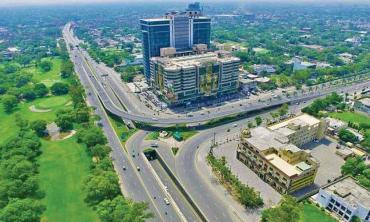 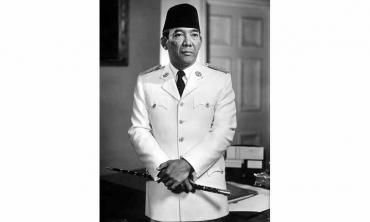 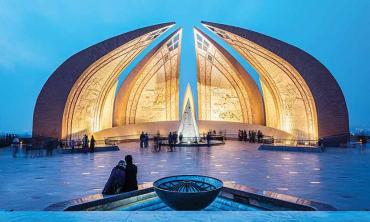