Despite government efforts to shore it up, the national economy is facing growing problems. Inflation is on the rise and the rupee is performing poorly. The Pakistani currency has lost 15 percent of its value against the dollar in the last six months. In the past three years, food prices have increased by 35-40 percent and our external debt has climbed to $125 billion.

On December 1, the Pakistan Bureau of Statistics (PBS) stated that inflation stood at 11.5 percent in November. The inflation rate surged during the month compared to the same month of previous year. The 11.5 percent annual inflation rate was the highest since February 2020. The Consumer Price Index (CPI) jumped 3 percent - the highest monthly raised in the past 13 years.

Despite these worrying signs, government leaders have been trying to reassure the public that the economy has been put back on the right track. Recently, Adviser to the PM on Finance and Revenue Shaukat Tarin said the latest figures made available by the World Bank showed that the incidence of poverty had dropped to 4.2 percent from 5.4 percent a year ago. “Our problem is inflation, which has affected the lower middle class in urban areas the worst,” he said. The adviser said the rural areas were thriving as bumper crops had brought prosperity there and led to “record high sales of motorcycles”. He also said the middle and upper classes were doing well. “Restaurants are full of people. Cars are getting expensive,” he said.

Last month, the International Monetary Fund (IMF) and Pakistan agreed to resume the next $1billion tranche of a suspended $6 billion financial package signed in 2019. Last month, the State Bank also raised its benchmark interest rate by 150 basis points to 8.75 per cent to slow down inflation.

In order to get a clear picture of the economic situation, The News on Sunday (TNS) talked to Dr Hafiz Pasha, a former finance minister.

The News on Sunday (TNS): The PM recently described the rising debt as a national security issue. Despite this, the government continues to borrow from foreign as well domestic banks. Is this going to change anytime soon?

Dr Hafiz Pasha (DHP): It does not look like that the situation will change soon. Things are alarming as debt servicing alone requires $12 billion to $13 billion every year. At the same time, there is a trade deficit of almost the same amount. Besides, it is time to pay back loans obtained during the last five years. The country has been seeking more loans to payback old loans and pay interest on these loans. The trade deficit is for the reason that exports are not increasing whereas imports are, despite the steps taken by the government to discourage them. The International Monetary Fund (IMF) programme will end in September 2022. The real question is what will happen after that.

TNS: After reaching its latest agreement with the IMF, the government is going to introduce a supplementary budget now. Are the proposed measures enough to improve the situation?

“It does not look like that the situation will change soon. Things are alarming as debt servicing alone requires $12 billion to $13 billion a year. At the same time, there is a trade deficit of almost the same amount. Besides, it is time to pay back loans obtained during the last five years. The country has been seeking more loans to payback old loans and to pay interest. Trade deficit is for the reason that exports are not increasing whereas imports are, despite the steps taken by the government to discourage them,” Dr Hafiz Pasha, former finance minister.

DHP: In the mini-budget, the government plans to remove tax exemptions from various sectors. It says that there will be no new taxes. I think there should be an increase in direct taxes like income tax and the citizens’ burden of indirect taxes should have been reduced. Regarding improvement in the situation, I would say they have agreed to terms they should have resisted. They should have argued with the IMF about what can be done and what cannot be done. In case the mini-budget plans are followed and exemptions removed the LPG, the LNG and medicines etc will get more expensive and the prices will spiral. So, the situation is not going to improve much.

TNS: The government blames the previous governments for the current economic situation. To what extent are its claims justified?

DHP: All governments have their problems. For example, this year Pakistan needs to pay Rs 3,300 billion interest on loans. For the previous government this amount was around Rs 1,500 billion. In three years, the loans and interest have almost doubled. The current government is going to raise electricity tariffs. In addition to this, it plans to impose fuel adjustment charges at the rate of Rs 4.5 per kilowatt hour. This will be a historic high and, if imposed, will increase the prices of industrial products by 40 per cent. I would say the IMF has literally squeezed us. I can recall our finance minister boasted that he will not agree to all the dictates of the IMF but during the talks he and his team have agreed to the IMF terms.

TNS: What is the way out from the current economic downturn?

DHP: In my opinion, it is not easy to reverse the situation especially as there is no unity among the stakeholders. When I say stakeholders, I mean all the political parties, pressure groups, the establishment and so on. If they all agree to work together, things can improve. They can work out a grand economic revival plan and pursue it with clarity of mind. There should be no opposition for the sake of opposition. I would like to mention the example of the National Action Plan (NAP), worked out after Army Public School (APS) tragedy, when everybody agreed on combating terrorism and bringing about peace. A similar level of commitment and unity is required in the struggle for economic revival.

TNS: Why do you think have the government’s efforts failed to stop the depreciation of the rupee?

DHP: When we were students, we were told that the central bank keeps a watch on forex reserves and creates a balance. But here, the role of the central bank was not seen anywhere. Even if you let the market decide the exchange rate, the role of the central bank does not end. Secondly, forex market goes through swings and uncertainty has got a lot to do with it. During the Covid-19 peak, the exchange rate rose due to the circumstances. It later came down. Anyhow, the government tried to stop depreciation of the rupee but did not succeed because there are factors beyond its control. The government has not succeeded in grappling with uncertainty.

TNS: Keeping in mind the ground realities, especially the Covid crisis, how do you see the next two years?

DHP: The challenges will remain. However, keeping in mind the performance of the government since the onset of Covid-19 in Pakistan, things seem a bit encouraging. It has taken some good steps which should be appreciated. During the pandemic, there were many good things like opening of certain sectors, payment of partial electricity bills, relaxation in repayment of loans, reduction in interest rates etc. Pakistan fared well as its economy contracted by 0.5 per cent as compared to India where the contraction was well above 7 per cent

TNS: There is a perception that the current government is not spending a lot on development and infrastructure as compared to the previous government and is instead cutting corners.

The author is a staff   reporter and can be reached at shahzada.irfan@gmail.com 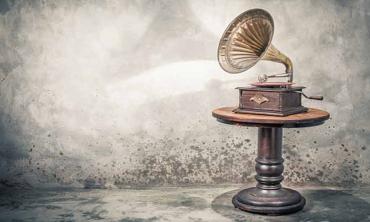 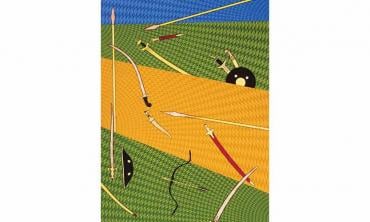 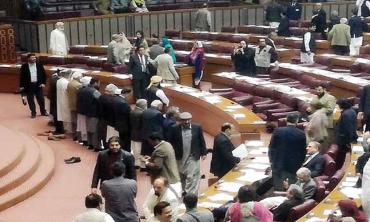