As singer-songwriter Adele drops her new album, 30, she is breaking old records and creating new ones along the way.

Who doesn’t love Adele? At her last Grammy wins, she showed more love to Beyonce than the Grammys ever did. As for her own music, Adele last released her album 25 - nearly 6 years ago when she swept the Grammys (again) - after 21. Since then, fans of the enormously talented singer have been waiting. It started with a number of billboards with just the number 30 written on them across multiple countries. As Adele stepped into the light with ‘Easy on Me’, the first single from the album, she started breaking records before the album even released. ‘Easy on Me’ has the honour of being the most-streamed song in a single day on Spotify with 24 million global streams, as well as the record for the most-streamed song in a single week with 84.9 million streams, breaking the record previously set by K-Pop sensation, BTS. This, however, was just the beginning for the singer who now calls Los Angeles home instead of England.

Adele called up the legendary Oprah Winfrey to interview her. In turn, Oprah admitted that she listened to all her albums (19, 21, 25 and 30) in preparation for the interview. Conversation between the two was about what inspired 30 as well as weight loss, divorce, motherhood and what made Adele re-think her marriage. Called One Night Only, it was both an interview as well as a very special performance by Adele. While One Night Only was for an American audience, a similar One Night Only was also aired by ITV in the United Kingdom. Adele admitted that among people who inspired her, was a school teacher who was - wait for it – in the audience, creating a very special reunion.

Prior to album release, Adele made the covers of a slew of magazines including British and American Vogue and Rolling Stone (America). As the album dropped just this month, Adele conquered charts once again, only this time with the whole album. Spotify removed the shuffle button as Adele wanted people to listen to the album in sequence. Spotify complied. She accomplished all this in just three days. What lies ahead will be a sight to see for the singer who has been embraced by the world. Given that her first single made the number one spot in over 100 countries, Adele is well on her way to replace pretty much everyone at number one.

She may be the singer of the generation at the moment, but Adele confessed in an interview that she has fake accounts on Instagram and Twitter. She uses Instagram to follow cat memes and interior design while she uses Twitter to keep tabs on what comes up about her as well as her latest album, 30. 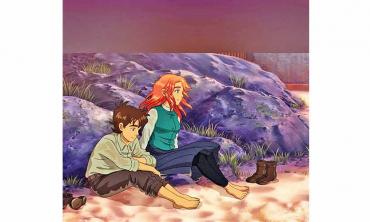 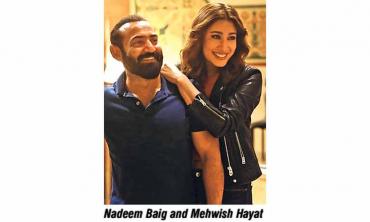 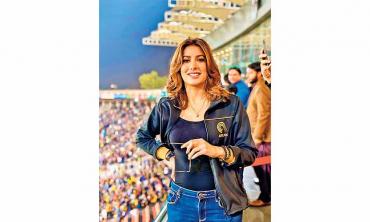 1 thing we learnt this week: The Mehwish Hayat x all food collab