An all-star cast can’t save Khel Khel Mein from its disastrously muddling lesson on history.

Written and directed by Nabeel Qureshi

Cinema had been dying even before Covid-19, when Bollywood films were taken out of the mix due to political upheavals. But hope soon arrived, resting on the shoulders of local filmmakers, actors and musicians. Chief among the list had been the Nabeel Qureshi-Fizza Ali Meerza duo, who decided to release one of the first films as vaccinations against the infectious disease arrived. After building an audience over a decade only to have been replaced by an abyss certainly hurt the still-burgeoning film industry, Khel Khel Mein (KKM) aimed to change all that. A prominent cast, producer, writer and director had cinema fans cheering. Their past record also spoke for itself.

But let’s just stop there.

KKM is a film that tries to tell the story of the colossal reasons that led to the independence of Bangladesh and the loss of what was then East Pakistan. As Aaron Sorkin once wrote for The Newsroom: “A tightly produced abomination”. How can a film have everything but nothing? How can it aim for substance and end up creating even more confusion?

It is not what you expect from Nabeel Qureshi and Fizza Ali Meerza, whose previous cinematic work includes films such as Load Wedding and Actor in Law.

Like cricket terminology that is regularly used by Prime Minister Imran Khan and words such as tabdeeli and tsunami, KKM uses the word “dushman” as a euphemism for big, bad India. The effort of being inclusive, by adding a Baloch student to the college gang working to participate in a festival in Dhaka, is execution gone wrong. It needed to be subtle.

From Bangladesh to Balochistan, to a theatre festival in Dhaka, and from the bloodshed and mass atrocities that led to the creation of Bangladesh the “dushman” is responsible for everything. We are pure mortals who lost East Pakistan because of India and not powers that be of the time. Ditto for Balochistan. What? Forget patriotic, the film is a jingoistic mess that is essentially lying by omission. The only reason it is bearable is its cast.

Sajal Aly as Zara is the star of the muddled vehicle. Even when she is given material that lacks nuance and is oxymoronic, she carries it well, naturally owning every scene she is in. Bilal Abbas just doesn’t have the charisma of a movie star, even though he certainly tries.

In cameos, the opening sequence featuring Ali Zafar feels like an afterthought. He is wasted and it does make you wonder why he’d say yes to such a self-involved cameo. Manzar Sehbai, who essays Sajal Aly’s paternal grandfather echoes the trauma of the fall of Dhaka, but he too is following a narrative that sells the same euphemism. Plus, Sajal manages to find her long-lost grandfather in a strange country, simply by heading to slums in Dhaka with such ease? Logic has left the building. But he, too, like Sajal gives such a commanding performance that we’d like to see more of him.

The surprise in the film is Sheheryar Munawar who steals the show from Bilal Abbas even though Bilal is the lead and Sheheryar is in a guest role. The scenes featuring Sheheryar also echo how people lost homes, family and the torture they went through, physically. There are some dark scenes that will make you want to look away.

For the absolutely brilliant Sajal Aly, Sheheryar Munawar, and Manzar Sehbai, fans of cinema should give this film a watch. As for the rest, this historical-meets-modern cinema is messaging of the worst kind because it is not just confusing, or historically inaccurate, it sells the idea that we should breed hate, albeit for India. 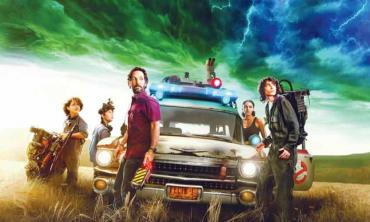