For the last ten months, Santokh Singh and some of his friends have been planning to pay a visit to the three historic gurdwaras in tribal Kurram. First due to the Covid-19 pandemic and then the deteriorating security situation in Afghanistan, they have been unable to visit their village.

Parachinar is one of the Pakistani cities closest to Afghanistan. Due to the strict security measures no one from other districts can now get past the check posts without the permission of a local guarantor. The security personnel keep the computerised national identity cards (CNICs) of the visitors and provide them tokens carrying entry and exit dates.

After Khyber and Orkzai tribals districts, Kurram ranks third, in terms of the number of Sikhs living there for centuries. When sectarian clashes between Shias and Sunnis started in 2007, a majority of the Sikhs migrated to other parts of the country.

Santokh Singh’s family is one of the 73 who migrated from Kurram during the sectarian clashes that erupted in 2007 and lasted till 2011 after the famous Murree accord. They have established the family business in Peshawar. Singh owns a general store and lives a busy city life. Whenever he gets a chance, he visits Kurram.

“I’ve established a business in Peshawar, and I can’t go back to Kurram,” he added.

Kurram is the only tribal district among seven, where the Sikhs have maintained three gurdwaras. One of these is in Lower Khurram, while two are in Upper Kurram. Due to the deteriorating law and order situation, the Sikh community has migrated from the area. During the last 14 years, 73 families have migrated from Kurram to several cities in Khyber Pakhtunkhwa and the Punjab.

Charang Singh migrated from Kurram to Hassan Abdal, a holy city for the Sikhs in the Punjab. His father had been a malik (respectable tribal elder) in Kurram. Charang Singh is now living a difficult life.

“I’m working here as daily wage labourer. It is very hard for a malik’s son to be a labourer but at least we are safe and among people of my community,” he says.

Baba Guru Nanak, the founder of Sikhism, had visited Afghanistan in his four Odasai (journeys). According to Sikh religious literature, Baba Nanak entered Afghanistan through the Khyber Pass and returned to India via Kharlachi and Parachinar. He stayed in parts of Kurram in the 16th Century and many people became his followers in the region.

Charan Daas has migrated from Kurram to Peshawar. He used to own a shop in Ram Pur Gate in Peshawar. In 2007, he had shifted to Peshawar due to sectarian clashes in Kurram.

“Due to the deteriorating security situation in Kurram, we migrated from Sadda, a tehsil of Lower Kurram, to Peshawar. The time I had spent in Kurram was the finest,” he says.

The Charan Daas family likes to visit Kurram on special religious festivals. “On last Eid, we went to Kurram. I, my wife and our two children spent a few days in the valley. We visited Maast Baba, Mula Bagh and Malana, and stayed at the Ibrahimzai Gurdwara.”

Charan Daas says that even when he is in Peshawar physically, his soul is wandering in the lush green valley of Parachinar. During the conversation he used a famous Pashto proverb to express mixed feelings of migration “Har Cha ta Khpal Watan Kashmir dy” which roughly translates as “To everyone, one’s homeland is as beautiful as Kashmir”. In Asia and beyond, the famed valley has a reputation for being the most picturesque place in the world.

“Before the sectarian clashes, 35 Sikh families were living in Lower Kurram. Most of these families migrated to Kohat, Peshawar, Hassan Abdal and Lahore,” he adds.

Mukesh Singh and Rakesh Singh, are twin brothers in their early thirties running a family business of spices at Turi Market in Parachinar. Dressed in traditional shalwar qamees, with shiny black hair cut in a modern style and a short modern beard, they blend in as Pakhtun tribal gentlemen. The family is one of only three Sikh families currently living in Upper Kurram.

“Before 2007, at least 80 Sikh families were living in Kurram. During the sectarian clashes between Shias and Sunnis, the Sikh community migrated to Hassan Abdal, Lahore and Peshawar, they never returned,” says Mukesh Singh.

This scribe filed an RTI (right to information) request for statistics about the Sikh population, in Kurram and Khyber Pakhtunkhwa. The Pakistan Bureau of Statistics (PBS) replied: “The data of Sikh community was not collected during the 2017 census. We regretfully inform you that the requested data is not available. As per court order, data on Sikhs will be secured in the next census.”

Baba Jee Gurpal Singh, a representative of the Sikh community in Khyber Pakhtunkhwa based in Peshawar, says the total number of Sikh communities living in Pakistan is 55,000. The majority, he says, belongs to Khyber, Orakzai and Kurram tribal districts. Due to militancy in these areas, many Sikhs have become internally displaced.

“Some of the displaced Sikhs have settled around the Peshawar Gurdwara. Many families have been hosted by various relatives,” he adds.

The author is a radio producer. He tweets @daudpasaney 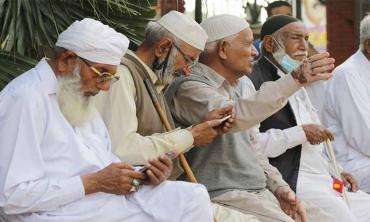 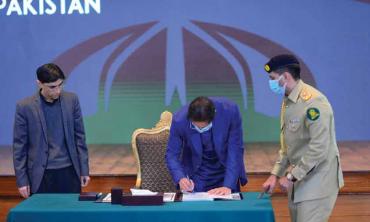 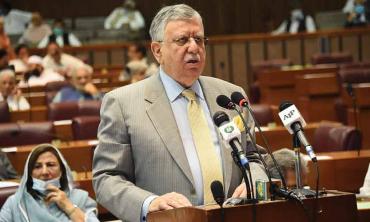