An audio tape allegedly of a former chief justice’s conversation, soaring inflation and governance problems… there seems to be a bumpy road ahead for the government

The audio tapes allegedly of conversations by a former chief justice of Pakistan and the government’s success in getting 33 bills passed in the joint session of the parliament last week have brought politics to a confusing place between hope and uncertainty. It appears to be a repeat of the past. However, the opposition has been unable to capitalise on familiar opportunities created by the government’s mismanagement.

The government was aware that it would be hard to for it to secure approval for 33 bills at once. Therefore it opted for a joint session where the opposition walked out after the passage of two bills regarding electronic voting machines (EVMs) and the Indian spy Kulbushan Jadhav. This gave the government the opportunity to get the remaining 31 bills passed without any resistance.

The opposition needed a well-prepared leader to block the legislation for a couple of days. According to the rules, when the opposition leader speaks, the Speaker cannot force him to conclude and he can make as long a speech as he wishes. Had Shahbaz Sharif, the Leader of the Opposition in the National Assembly been well-prepared and healthy he could have delayed the approval of these bills for another few days.

One recalls in this regard the exploits of Makhdoom Hasan Mehmood and Saeed Ahmad Khan Manais, the opposition leaders in Punjab Assembly in 1985 and 1997, respectively. Whenever Hasan Mahmood took the mic, it was a tough day for the treasury benches that wanted to get the budget approved. If the Speaker asked him to sit down, he would ask for the rule under which he could be stopped from speaking.

In 1997, once, Saeed Ahmed Manais, the leader of a 17 member opposition, kept speaking for two days on budget. The incumbent law minister Raja Basharat, who had the same portfolio then, sent him a chit that read, “Please conclude, the chief minister (Shahbaz Sharif) wants us to pass the budget today.”

Gone are the days when the opposition leaders would come to the parliament well-prepared. The incumbent governments have taken full advantage of this weakness and achieved their targets in the parliament.

The opposition, instead of walking out, should have remained in the session to give the government a tough time.

On the other hand, the tape allegedly carrying a conversation by Justice Mian Saqib Nisar, the former chief justice, appears to have provided a ray of hope to the PML-N which believes that if its authenticity can be established, the tape could nullify the conviction of Mian Nawaz Sharif and his daughter Maryam Nawaz. In the tape, the speaker (allegedly Nisar) is heard saying, “We will have to penalise Nawaz Sharif and Maryam.”

The PML-N apparently hopes that the Supreme Court of Pakistan will take suo motu action and order a forensic examination of the tape. If the SC does not take suo motu notice, the League can file a petition, seeking forensic examination of the tape. If it can be proved that Saqib Nisar was discussing conviction of Sharif and his daughter, the court’s decision against them could be reverted and the cases retried.

Such a scenario seems plausible considering Benazir Bhutto and her spouse, the former president Asif Ali Zardari, had faced a similar same situation when an audio tape of a discussion between Saifur Rehman, then a close aide to Nawaz Sharif and now the father-in-law of Junaid Safdar, and Justice Malik Qayyum (retired) was leaked. Rehman could be heard telling the judge that the prime minister wanted a quick conviction and rigorous punishment for the couple. After the tape was leaked, Malik Qayyum resigned from his office. He also denied that it was his voice. Later, his judgment in the case against Benazir Bhutto and Zardari was set aside. They were acquitted in a retrial.

Everything apparently now depends on the moves the PML-N, the judiciary and the government make.

Meanwhile, another audio tape has been leaked. It appears that Maryam Nawaz is directing somebody to stop public advertisement for four news channels. Maryam admits that it is her voice. She says she might have said that when she was running the social media cell of the PML-N. However, Information Minister Chaudhry Fawad Hussain has said the government will prosecute her on the basis of this tape for trying to influence use of public funds in pursuit of partisan objectives.

However, the audio tape allegedly showing the former chief justice’s bias, the governance-related issues and above all the Pakistan Democratic Movement’s march towards Islamabad, followed by resignations from the assemblies, and the judiciary’s pressure on the governments for holding local government elections may add pressure on Prime Minister Imran Khan and his bandwagon of ministers and aides.

The next two months promise to be eventful. The game for political survival is on for both the PML-N and the PTI.

The author is a senior journalist, teacher of journalism, writer and analyst. He tweets at @BukhariMubasher 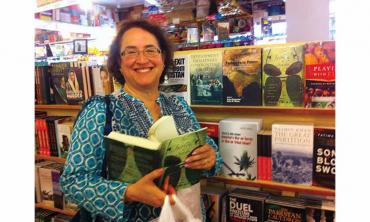 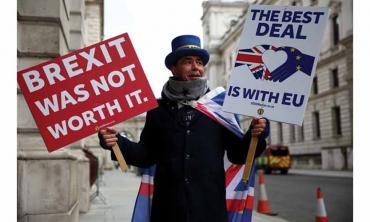 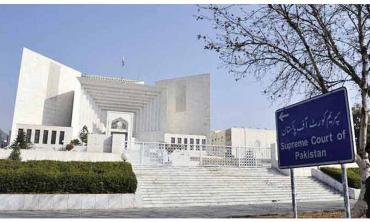