Dr Ajaz Anwar traces the history of vehicles — from the “shoe” to animal-driven carriages to steam-powered ships, coal engines and motor cars

Speed has always been necessary for survival, for all species. Man too had to improve his tactical manoeuvering to overcome his adversaries as it provided the surprise element.

It may be noted that the earliest of auto cars were powered by steam. Carl Benz in 1885 patented Benz motor car, Model No 1, which was the first gas-powered car. It had been made possible because of the discovery of benzene or petrol in the Americas and the Middle East.

Steam ships and railways continued to use coal. The horseless carriage became the man’s special companion. The competition between the four-wheelers and the two-wheels has been there ever since. It was around this time that the city wall lost its role in defence. Now, towns were planned for automobiles. The primary and secondary roads of Mohenjo-Daro came in handy. Cities expanded horizontally, usurping green spaces, which made it easier for the cars to drive on with great speed.

The rich have since taken special interest in such speed vehicles that are at their disposal, quite like the pets. In our country, the rich had their large bungalows approached by IN and OUT gates, with the circular driveway ending in a porch for the sahib to board or alight from. The servants and the driver would clean and polish the painted and chrome-plated parts to factory-finish shine.

The craze to acquire the latest and more efficient machines led to the formation of numerous clubs and associations that share the enthusiasm across the world. Rallies are frequently held in different parts of the world. In the beginning, the automobile was not meant for daily travel, it was rather a show-off item for the rich while they travelled to their workplace by the public transport. Back then, people used to pose proudly standing next to their car or sitting over its extended footboards — for the shutterbugs. Such photographs from the times of the Independence Movement can be found in the National Archives.

These vehicles required asphalted roads to drive on. I remember my grandfather’s older sister who was already a nonagenarian, saying that these were called dhuurr gaddian (dust raising vehicles).

Back then, the maddening traffic mayhem hadn’t reached its present-day epic proportions. With the introduction of buses, trucks and motorbikes, the vehicles competed with one another and some sort of traffic rules had to be formulated. Motor bikes, too, were introduced around that period. Indian Chief and Harley Davidson were the American makes. The British makes included BSA, Triumph, Matchless and Aerial. The enthusiasts preferred the German BMW.

The Japanese later ended the monopoly of European motorbikes. Next, Italian Lambretta and Vespa became popular for their reliability and low consumption of fuel. Now Honda and Suzuki sell like hot cakes. Some enthusiast has formed a motorbikes museum in Gujranwala. A man called Imtiaz Jalal boasts a large collection of antique motorbikes, which he has painstakingly restored.

The new carriage went through a long period of transformation. Its inspiration was basically the Victoria, a horse carriage.

Initially, many of its parts were wooden and it had a tarpaulin roof which could be folded.

In his brilliant book, Steering the Pakistani Wheel, Murtaza Mandviwalla has documented the history of automobiles and allied industries and the impact they had on the cultural life of metropolitan cities of Pakistan, particularly Karachi.

In all the British colonies the world over, Keep Left was the rule and the vehicles had the steering wheel on the right side. The earliest cars were mostly from Europe. Soon the USA started producing muscle cars which were longer and eventually regarded the collectors’ items. Today, people visit junkyards looking at these ‘art pieces’ savagely stacked one above the other.

Documentaries showing these vehicles being taken apart or scrapped are a sad sight. A British car, namely the Morris, became a classic. It was generally used as a taxi. Now it can be found mostly in Rawalpindi and Islamabad as a classic item. Mechanic Liaqat is called Morris King as he is a rare professional capable of fixing its mechanical problems.

The air-cooled Volkswagen instantly became the people’s wagon. It was nicked Beatle the world over. Soon we had countless Beatles Clubs.

The Volkswagen is rather heavy on petrol and, therefore, was never used as a cab. The other German cars, namely the Opel and Mercedes, were rather expensive but very reliable.

Yet another economical car was the air-cooled FIAT 500. It 600cc engine had a radiator that failed to stop the engine from being overheated because the mechanics failed to understand it. This sabun daani was most popular in Italy where thousands could be seen in the parking lots.

Japanese motors entered the market with a big bang. They were presumed to be more petrol efficient. Soon, Bluebird and the Toyotas replaced Morris. The era of British and, for that matter, all European cars, was over. Spares for Japanese cars were readily available.

The benzene-guzzling American cars were the first casualty of the Oil War. More was to come when electric cars became a reality. Many supermarkets’ parking lots now have electric-charge provision. Already, there is talk of phasing out or stopping altogether of the polluting petrol-driven vehicles.

Climate change is a reality as is evidenced by the highest recorded temperatures in many parts of Europe this year alone. It is too early to guess whether the horseless carriage has a future or is going to transform itself in the wake of the new technology. Vehicular emissions, however, continue to contribute to the smog.

(This dispatch is dedicated to Asim Mohydin, who is building a motorcars museum in Pattoki)

The writer is a painter, a founding member of Lahore Conservation Society and Punjab Artists Association, and a former director of NCA Art Gallery. He can be reached at ajazart@brain.net.pk 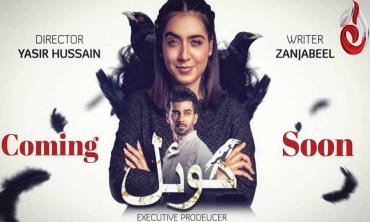 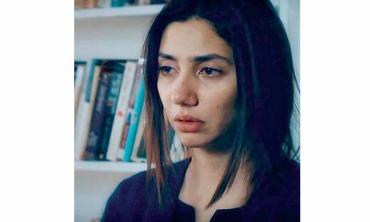 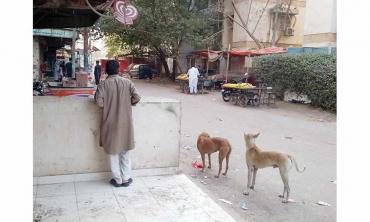