Paul Cezanne described Claude Monet, a contemporary painter, in this way: “Monet is only an eye – but My God, what an eye!” Artists’ eyes are not fixed in their heads but placed in their hands, as well as in the tools of their trade, i.e, brush, paint, paper, canvas, stone, wood, hammer, chisel, plaster, camera, video, and sound equipment etc. The meeting of eyes and hands and the materials takes place at two venues: within an artist (his/ her mind), and his/ her physical and tangible surroundings. “Two truths” in the verse of Swedish Nobel Laureate Tomas Transtromer: “approach each other. One comes from inside, the other from outside/ and where they meet we have a chance to catch sight of ourselves.”

The border between these two sites: inside and outside determines the worth of a creative individual. Originality, innovation, perfection, pleasure and permanence reside in that neutral ground. Artists often manage, measure and map the geography of this unknown, the no-man’s land. Along with and apart from this meeting/ melting place there are other mergers/ borders, too: between genres, styles, concerns, approaches and positions; and between identities, ethnicities, faiths, languages, social classes, genders, sexual preferences, political affiliations; and, between countries (invisible lines, often hard to cross).

Works that lie between photograph and miniature painting, despite separate creative practices, reveal some connection and contradiction. Not only are the two genres distinct in technique, method and material; these are different in terms of time as well. Photography represents the age of modernism, since the method of mechanically capturing an image was invented in 1839; while miniature painting is associated with the past, mainly the Mughal period (the dynasty was founded in 1526). Hence, the merger of two techniques of rendering reality is a means to bring two separate modes of image-making on a single surface. In such a scheme, both complement and convey the essence of pictorial practice. One realm has various ways to enter it, like a language with multiple accents.

Their surge to converge different strands of visuals arts is manifested in the imagery and content of their works. Maria Waseem photographs places that look like beautiful tracts of land, lush green fields, clear blue sky, some ancient ruins, abandoned structures, religious buildings, pictures unfolding another text. These represent a big, bitter and bloody divide; the social, cultural, and political partition of India and Pakistan. The two countries are close yet so remote in some aspects. Maria Waseem seeks to comment on the invisible line that controls the citizens of the two states.

That split is reordered and reordered again in Maria’s photograph of a mustard field superimposed with an expanse of a transparent curtain, further segregated by a line of red paint applied by Waseem. A similar view of two countries, of one soil, language, culture, air, is shown in another photograph of East and West Punjab border at Padhana village near Lahore. Again, a snapshot of River Neelum that acts as the boundary between Indian and Pakistani administered Kashmir has similar connotations. Besides depicting the divide, these works remind one of a political split among mortals that is supposed to alter a land.

The differences are not limited to a comparison of these two states. They can also be discerned within a country. For instance, Pakistan has been a multi-ethnic and multi-religious society. Yet we see a denial of history, a distortion of the past and a destruction of objects belonging to a shared lineage. Maria Waseem’s travels to document ancient and deserted buildings of Hindu origin, to capture statues surviving in some temple, to photograph depilated frescos from Mughal monuments, are a way to reassert that we were not what we have become: a monolithic and closed community hostile to others. She offers evidence of another DNA that has been excluded from the history text books and removed from the official discourse.

One can erase words and extinguish voices, but one cannot raze monuments of brick and stone – at least not so conveniently. Maria Waseem makes us realise and recognise that we are heirs to diversity in every sphere of life. Her sensitive rendering of sculptures and interiors of Hindu temples, views of pre-partition havelis, and a displaced family’s house reaffirm our authentic past, that has been regularly vandalised, tampered with and altered. Waseem Ahmed, in his part of the collaboration, alludes to this attitude, for instance by outlining a cannon near the niche of a Hindu temple, putting red blobs on the walls of another structure and adding streaks of red paint on a number of places of worship and abandoned houses.

Through their work together, the two artists address a cultural past that includes an all-encompassing environment. In Maria Waseem’s photographs of the Sheikhupura Fort and Nur Jahan’s tomb, one finds history mutilated with/ by time, a process enhanced by Waseem Ahmed with his painterly intervention, which contributes to the pictorial strength of the images as well as completes their content.

The works of Maria Waseem and Waseem Ahmed do more than document past structures, or present landscape. These are endowed with a formal element that surpasses the background information. Maria Waseem’s choice of pictorial frame, preference of subject, selection of light and dark, distribution of colours confirm the remarkable aesthetic quality of these visuals. The line separating shades on a temple figurine, broken floor above a dark, deep space in a Sikh haveli, a wall with imprints of hands (perhaps sati smears), in their sensitivity of light and dark, and strong and unusual compositions communicate the unique vision and creative approach of the maker. In the same lieu, Waseem Ahmed revises our perception of history and of ourselves. His painterly insertion into pictures, through cannons, leaves, flowers, splashes, streaks, lines, cracks signifies the distortion of recorded history.

Maria Waseem and Waseem Ahmed’s collaboration in these extraordinary and exciting works invokes our past and present; fears and forgetfulness; political paradoxes and collective follies.

Both individuals have interacted in such a harmony that it becomes difficult to distinguish a photographic visual from a painterly surface, reminding me of a piece of music in which a singer starts with her alaap along with a flute performance. The sound of the flute and the voice continue side by side until one is unable to determine or distinguish the human voice from the sound of the instrument. The two, as one, offer something superior, sublime and seductive.

This collaboration is also a meeting point, higher, engaging, intelligent and enticing – between two individuals, two pictorial practices, and two versions of our selves – two geographies of a common heritage. 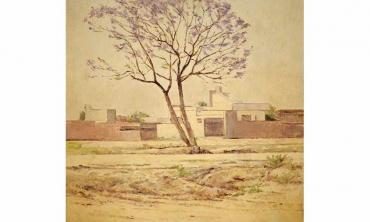 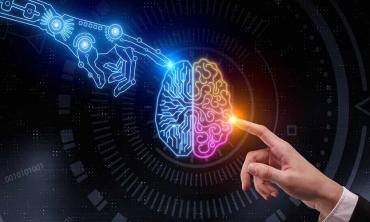 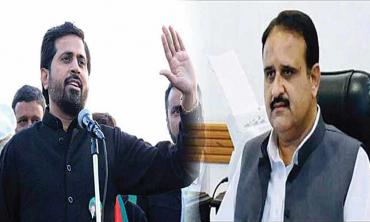