If art is to have any resonance in today’s world, pressured as it is with increasingly frantic and superficial types of human expression and interaction, then it must find ways to slow meaning down. Art at its most interesting impedes the otherwise rapid flow of information between subjects and objects by blocking the interface which we expect to deliver instant gratification or by suspending our comprehension of what we are seeing, forcing us to find innovative ways to engage with what we don’t understand.

Throughout Tasawwur or Imagination at Satrang Gallery, Islamabad, the curator Zahra Khan has consistently found ways of welcoming, and even eliciting, the recalcitrant moments when circuits of expression give way to incomprehension, opening out this delay in meaning that affords time for us to think. The four artists on show have created images, objects that are often productively baffling and mysterious in the way in which they evoke bodily responses but also suspend intellectual attempts to pin down meaning. The interrelations between the artists and their modes of experience, presentation and representation, point to the overlapping and co-constitutive nature of being, seeing and feeling. Art, as in these four artists’ practice, traces and retraces this interesting nexus, and makes us think.

There is superb sophistication, economy and density of brushstroke in Suleman Khilji’s painting; each stroke is critical and functions like an exclamation mark. The issue, as I see it, is not so much Nature as human nature. Nature, as an observable common denominator, is useful as an aid to communication. However, for the artist, the focus is definitely on human nature and human values - values created by our existence as social beings.

Artists must place themselves among those who help to bring clarity and purpose to the muddle of everyday life, who turn the petty into the significant. The artist’s primary ability, may be even primary responsibility, is to create images. To understand human nature one must get to know other people. It comes as a shock to realise that the more you want to know others the more you need to know yourself.

The process is one of condensing experience, which requires discipline and detachment.

Figures in a Floating Landscape presents a selection of some of the artist’s more recent works. Divergence which suggests deviation from and a re-orientation of standards or norms, reflects the artist’s philosophy of producing newness in his expression and of taking risks in a context that clings to tradition. The selected artworks highlight Khilji’s ongoing musings as well as the heterogeneity of his visual language and his endeavour to depart from the conventional principles to which he felt confined. These works evoke the tumultuous and somber exploration of the artist’s civic responsibility towards his present time and space, demonstrating his solitary path and unyielding desire to contain the internal and external world that surrounds him.

It appears that the portraits on show by Aakif Suri are inspired by the 16th Century oval portraits – each like a mirror reflecting an internalised vision of the portrayed, and in turn, locating Suri’s work within a particularly Indian historical and cultural milieu.

The series suggests an engagement with Indian cultural traditions. Yet this identification is precisely what is being questioned and explored here, and generally throughout Suri’s works, hence the dress-up charade. This reference point is treated with irony rather than reverence, with aplomb rather than earnestness.

Although the idea of fiction could be said to resonate throughout Suri’s art, it is neither as a form of grandiose fiction nor disposable pulp fiction. The portraits appear to poke fun at ideas of cultural authenticity – the profiles recall the Victorian domestic art of silhouette portraiture. They also bear some resemblance to Suri’s earlier interventions. In Lord I and Lord II, he creates a sense of mystery and drama through the portrait in profile.

Fiction in the sense that the portraits evoke different personas underpins Suri’s practice.

He tackles artistic authenticity and modernity in his work. For him merging cultural identity with modern artistic practice is the path to artistic excellence.

For Irfan Hassan, the content of the work of art is to be found in the aesthetic experience of its forms and in the act of painting itself. Hassan discusses ways of seeing in the context of the history of pictorial art and spectatorship in contemporary culture. While working with the medium of gadrang, he rather famously refuses to begin by photographing and insists that accidents – sometimes in reading, sometimes in life – open a space where he can begin his work. In deliberating on his artistic engagements, he explains how his work relates to, deviates from, and ultimately shifts conventions associated with painting, incorporating and referencing the pictorial traditions associated with modernism, while drawing on techniques commonly associated with miniature art. Describing his work as a fusion of images, signalling the inescapable relation between Renaissance and Orientalism, Hassan insists that viewers must refrain from deciding ahead of time how the real world appears and what it should look like in painting.

Dark, at times sinister, Dante and Virgil in Hell (after William Adolphe Bouguereau), presents twisted realities with undertones of impending danger. Symbols long used by the artist, such as the Virgin Mary, appear. In Madonna with Child and Saint John – a more focused exploration, the ominous vision gives way to a perverse depiction of the artistic persona, depicting the successes and failures of the imagination’s inner workings. Presented as a sequence, Hassan’s images resemble cinematic storyboards or cells from a graphic novel.

Over the last few years, Noor Ali Chagani has received critical acclaim for a series of major projects across the country, each ambitious in scale, and realised through an engagement with what he terms ‘found processes’, which often unfold at public sites outside the white cubes of contemporary art. Chagani identifies hidden seams within these pre-existing systems of urban life, through which he introduces ‘glitches’ that, if only temporarily, disrupt the status quo, creating interventions and installations that bring otherwise invisible structures and operations into plain view. The works presented in this show inhabit a more private and intimate register, as acknowledged in their tongue-in-cheek titles.

The new body of work revisits Chagani’s urban epidermis, a set of weighty and realistic replicas of barriers and retention columns, their painstakingly recreated asphalt surfaces bearing all the signs of daily wear and tear from jagged cracks and faded graffiti to skid marks and oil stains.

Chagani’s tactile ‘sculptures’ create a fluid experience of form, language, and thought, opening a transcendent state of consciousness that deepens one’s capacity for self-reflection and knowledge. The potentiality of the self-transitions to the collective body, contributing to the binding of a progressive society of limitless trajectory.

The pathos, the stringent motion of their subjects, the ever-mystifying faces, and the concrete cameos in this exhibition are all forged within limitations that have made them even more relevant as they stare back at us to question their arrival, their birth, their condition. Distressing readings of these times when so much is possible; its tendency to shrink into the hands of the begotten and the foolishly advantaged; leaves much space to consider – where have we arrived? It is with these thoughts about the contemporary times that the four artists forge dialogues, visual tropes to understand this mighty climax that we call home – a place that is suffering, from a subsidence of love and its glory, to be civil. These four artists are its keen witnesses staring at the abyss while the abyss stares back at them. 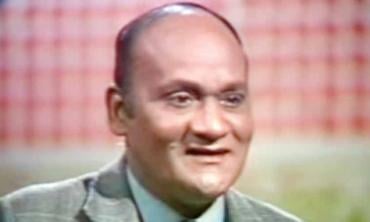 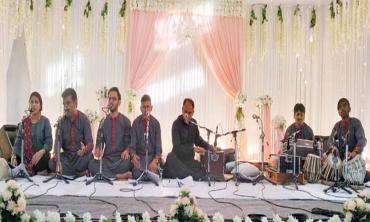 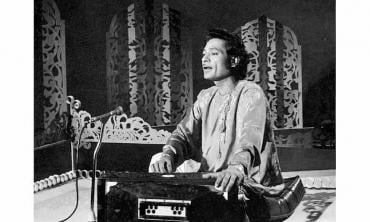