The News on Sunday (TNS) interviewed the Special Assistant to Prime Minister on Climate Change, Malik Amin Aslam, at the COP26 in Glasgow

The News on Sunday: What is Pakistan’s message at COP26?

Malik Amin Aslam: Pakistan has brought a positive message to this conference. We are one of the countries that have been most affected by climate change, Khyber Pakhtunkhwa (KP) and our Northern Areas being most vulnerable. The most serious issue we’re facing now is the melting of glaciers and flooding.

TNS: How is Pakistan planning to overcome climate-change impact?

MAA: Prime Minister Imran Khan has given a solution-based vision to the world. To overcome climate change, we have adopted natural ways by planting under the Billion Tree Tsunami (BTT) project. It was a dream that started from KP but it has now become a brand of success in the world. We did not ask for donations. The government implemented the project on its own budget. The BTT is a success story.

TNS: How is the Pakistan pavilion faring?

MAA: It has become the centre of attraction with a large number of people visiting us, including two prime ministers and ministers from several countries. Through our projects, we are building a positive image of the country here at COP26.

TNS: Has the Ministry of Climate Change signed agreements with other countries?

MAA: Many countries have agreed to a partnership with us. We have signed a number of memorandums of understanding with Germany, the UK and the UAE. We have also signed the Methane Pledge at COP26. I met with US President Joe Biden, and he thanked Imran Khan for signing the methane pledge with the US and 100 other countries.

TNS: Under the Paris Agreement, Pakistan has submitted Nationally Determined Contribution (NDC) at COP26. How will Pakistan implement their NDC?

MAA: The NDC we have submitted at COP26 is very clear. In case of some other countries, the NDCs are very confusing. By 2020, Pakistan had already reduced its harmful emissions by 9 percent. By 2030, we will reduce them by 15 percent, using our own budget. We can reduce the emissions by up to 50 percent but for that we need climate finance and technology.

TNS: Do you think developed countries will deliver $100 billion or does it appear to be a hollow promise?

MAA: At the summit, the developed countries have disappointed the developing countries in climate finance. In my opinion, they are not delivering what they have promised in the past. In terms of climate finance, the last decade was a decade of disappointment. The next decade has to be a decade of action. World scientists have warned that if the world does not deliver then it is already headed towards a disaster. Every country will be impacted.

TNS: Is Pakistan still working to establish coal power projects under the CPEC?

MAA: We have shelved a 2,400 MW coal power project, under the CPEC. We have moved on to a 3,700 MW hydro power project. We have shifted the Gwadar 100 MW coal project to clean fuel. We are going to make CPEC a green economic corridor. We are investing in protected areas; and we have signed an MOU with China on Billion Tree Tsunami. Prime Minister Imran Khan has already announced that we will not install any project using imported coal.

TNS: Pakistan is facing water scarcity due to climate change. Do you have any solutions?

MAA: We are launching the Recharge Pakistan programme. In this programme, we want to manage our water resources, especially flood water, to recharge groundwater.

The author is a radio producer. 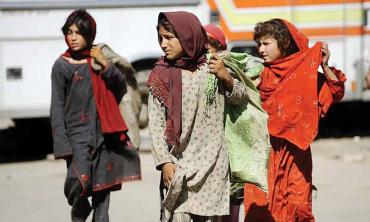 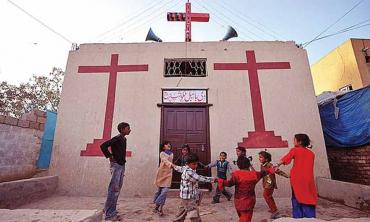 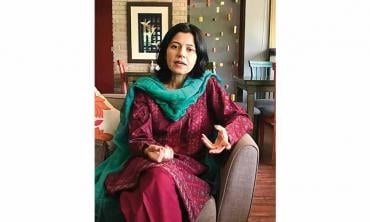