On November 4, Prime Minister Imran Khan announced a Rs 120 billion relief package to provide targetted subsidies on essential food items. The relief package will be funded jointly by the federal and provincial governments. It will provide 30 percent discount on ghee, flour and pulses to 130 million people for the next six months.

In the televised speech, the PM also continued with his criticism of the opposition parties, saying the prices of food items could have been lowered by 50 percent if family members of some opposition leaders brought back the illegal wealth stashed abroad. Once again, he compared the prices of oil and some other items in some other countries of the world with those in Pakistan. He also attributed the price hike to the policies of the past governments. He also said that the oil prices would have to be raised further. A day later (on November 6), the government raised prices of petroleum products by up to Rs 8.14 per litre.

The opposition parties - mainly Pakistan Muslim League-Nawaz (PML-N) and Pakistan Peoples Party (PPP) - expressed dissatisfaction with the relief package announced by the prime minister and asked him to step down. Pakistan Muslim League-Nawaz (PML-N) spokesperson Marium Aurangzeb called it the takleef (pain) package and said that in a way the PM had told the nation that other commodities like sugar, electricity, gas, petrol and cotton would also get more expensive over the coming days. She asked what type of relief it was that came with the news of gas shortage throughout the winter.

PPP chairman Bilawal Bhutto Zardari termed the subsidy package a joke, saying the discount offered would be for a short period and on a limited number of commodities. “In the last three years, ghee prices have increased 108 percent and flour prices 50 percent etc, making the package useless. On one side, prices are skyrocketing and on the other the government is providing ‘relief’ that does not offset its impact,” he said.

PML-N president and leader of the opposition in the National Assembly Shehbaz Sharif also criticised the relief package. “Now, in an address to the nation, they are confessing that petrol prices will increase. When petrol is more expensive, the price of electricity and gas will go up, how will there be no inflation?” he asked. Sharif also condemned the government for increasing the petroleum levy. He described the government initiative as an inflation package.

Talking to The News on Sunday, economist Dr Asad Sayeed says the relief package is a case of ‘too little, too late.” “The Rs 120 billion to be distributed amongst 130 million people over a period of six months is meager. It comes to approximately Rs 5 per person per day. Moreover, the federal government is not even picking the full tab for it. This will mean that the amount earmarked will not be spent. This is passing the buck on what is essentially the federal government’s responsibility since it is primarily responsible for the present round of inflation,” he adds.

About its description as ‘takleef’ package, he says while this is a political statement, the reasoning behind it is not wrong. “The government mismanages the food commodity chain, devalues the currency and increases electricity tariffs to appease the International Monetary Fund (IMF) that creates inflation. It then throws a meager amount of money for mitigation against it.”

“The Rs 120 billion allocation for distribution among 130 million people over a period of six months is meager. It comes to nearly Rs 5 per person per day. The federal government is not even picking the full tab for it. This will mean that the amount earmarked will not be spent. This is passing the buck on what is essentially the federal government’s responsibility since it is primarily responsible for the present round of inflation,” says economist Dr Asad Sayeed

Sayeed agrees that international commodity prices have risen and that this has an impact on prices of certain commodities, such as fuel, gas, cooking oil and pulses, etc. “However, there is also the issue of mismanaging domestic prices, particularly of sugar, wheat and other commodities. Electricity prices have also been raised to cover for circular debt which is the reason that the rate of inflation in Pakistan by some accounts is the fourth highest in the world and certainly the highest in the region,” he adds.

“It is important to emphasise that it is our own follies that keep taking us back to the IMF. The only area where the IMF comes in the current round of inflation is electricity prices (because of the persistent circular debt that the government has been unable to resolve). The IMF has also emphasised that the State Bank should not interfere in the foreign exchange market but it transpires that the State Bank has done that and has been still unable to contain the devaluation,” he says.

“The larger problem, I think, is in the targetting method chosen. We are told that based on the recently concluded survey of National Socio-Economic Registry (NSER), messages will be sent to beneficiaries, who can then go either to the Utility Stores (US) or registered karyana stores and get a 30 percent discount on flour, sugar and cooking oil. Now, it is well documented that USC is a failed instrument for targetting. Their access to the poorest is limited and because there is no rationing, they are a source of market manipulation, i.e. anyone can purchase subsidised goods from there, in whatever quantity, and then sell those in the market.”

“The karyana store route is very problematic as well. We are told that several thousand karyana stores will be registered across the country for this purpose. This may take a long time whereas people are reeling under the burden of inflation now. Then beneficiaries will get a message on their phones and can go to a karyana store where they will get a discount on the three items for a maximum amount per month. The karyana store person will then report to the NADRA about the purchase made by the said beneficiary and claim the subsidy from the government. Now, how will it be verified that the karyana store owner has provided the discount to the beneficiary or has entered an amount higher than what the beneficiary has purchased? There is no way the beneficiary can complain and have their grievance redressed in reasonable time. In other words, this method can open the floodgates for rent-seeking and manipulation by karyana shop owners. The government could have done something much simpler instead. Rather than claim a targetted subsidy, they could have provided cash to the beneficiaries based on the new NSER. One reason they did not do this is that the federal government does not want to finance the entire Rs 120 billion package,” he says.

Economist Dr Pervaiz Tahir says the understanding is that the major burden of the package will lie on the provinces. “Here, it has to be seen whether they will be able to bear this because the federal government is more resourceful and the provinces often depend on it. There is a joke making rounds that if the existing government gets another term it will term its previous tenure the creator of all problems,” he says. Tahir says the government has come up with this package after being three years in power. “The implementation of the package will definitely be an issue because the bureaucracy is not functional in a real sense of the word and without its support, how things will move,” he says.

Various opposition members have condemned the government for supporting and protecting mafias at the cost of the common man. PPP Senator Sherry Rehman has said that the PPP had also faced high global oil prices, but not raised domestic prices. She has also pointed out that the value of rupee against the dollar was better in their tenure than it is today.

Economist Dr Qais Aslam says that the government appears to be treating three classes differently. “One is the industrialist and filthy rich; second are those living below the poverty line and the third above poverty line or middle class. By awarding this package, the government seems to be addressing the goals of poverty alleviation and hunger. I doubt that the process of registering will be easy for the intended beneficiaries because they will have to register through mobile phones.”

On a comparison of oil prices, he says every country receives crude at the same price and the local prices are determined by adding taxes to it. “It has to be seen whether the local populations are able to bear the costs or not.”

The author is a staff    reporter and can be reached at shahzada.irfan@gmail.com 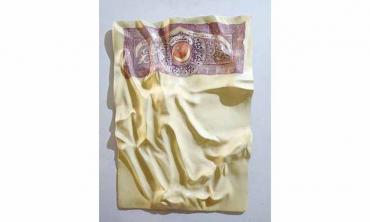 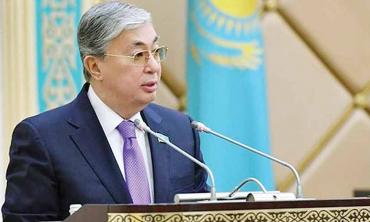