The political dimensions of literature

The eighth edition of Islamabad Literature Festival, was another vibrant amalgamation of book launches, talks and repartees

Context is crucial; taste is unpredictable. The eighth edition of the Islamabad Literature Festival (ILF), titled Reimagining the Future (neither virtual, nor physical or perhaps both, if you like) kicked off, for three consecutive days, on October 29. Much to one’s expectations, it turned out to be a usual smorgasbord of book launches, talks and repartees garnished with a rich mélange of political spice – educational reforms vis-à-vis the new curriculum for all, growing militarism and post-NATO Afghanistan being the highlights.

But it was mythology and storytelling that really threaded the show together. When the world feels shaky, it’s easy to understand the more urgent desire for art to assume its traditional responsibility and tell a community’s stories. In this respect, Countering Violent Extremism: Local Actions, Local Voices by Anita Weiss deserves extra attention, because it speaks to the festival’s ability to rouse the political dimensions of literature, offering parables about the complex institutions that guide people.

The festival captured an activist spirit, and distilled its mood into a context for engagement rather than articulating a strict polemic. It was laudable, in a sense, and if there is some hand holding, the festival still often stressed the audience’s responsibility of interpretation. ILF 2021 also presented a stark reminder of the attention and intellectual diligence required to work towards a critical, complex and at times multi-vocal understanding of literature in the light of the conditions under which it operates and the critical perspectives it might still be able to suggest.

In the opening session, titled Parvarish-i-Loh-o-Qalam: Urdu Shayari ka Maujooda Manzarnama, some underlying polemics surfaced time and again and animated the argument throughout. For instance, Muneer Fayyaz’s dissatisfaction with the ways in which literature features as ‘fiction’ rather than critical render; his suspicion of the proto-colonial dimension of contemporary art and its markets as a global export underpinning the conceited vantage points of Western privilege; his reservations about celebrations of what he called romantic localism, as though the local were ever conceivable independently of the global dynamics that shape it and its supposed attractiveness.

Urdu, as somebody once said, is “a language nobody owns”. It plays its part in the disappearance of minority languages, owing to its global dominance by science, technology, business and the internet. The story of Urdu can never be simply lexical; its unparalleled receptiveness to loan-words is bound up with its history of invasion, exploration and colonisation. While mulling over the prospect of the future Urdu shayari, Fayyaz further opined that as far as the contemporary expression is concerned in both verse (nazm) and ghazal, what is optimistic is the fact that a lot of younger writers are experimenting with the diverse craft of writing. However, the debate that ensued in the West in the last century that the contemporary expression is bereft of sublimity and grandeur is a matter of consternation. “Nazm has always had an infrangible relation with the society and the common man but the concept of ambiguity that began to infiltrate poetry with NM Rashid and Meeraji and continued through the ’90s was a multi-layered, nuanced expression whereas today, poetry is a victim of directness. The positive impact of it is that it has lent force and vigour. The gain has come at the expense of ambiguity which is the wellspring of a myriad possibilities of interpretation and meaning”, lamented Fayyaz.

Looking at the future of Urdu shayari from a feminine perspective, Yasmeen Hameed pointed out the kind of terminology used until the ’90s while referring to the female voice. She picked up a volume of writings by women called Khawateen ka Nazm-o-Ghazal Mela and Khawateen ka Meena Bazaar. In another instance, while leafing through the preface, she came across 145 women entries out of which 45 were well-known and 10 never heard of. “In today’s time and age, this kind of dirty humour is totally inconceivable; women writers have certainly moved into the mainstream. We all remember the kind of flak Fehmida Riaz came under upon writing Badan Dareeda”, said Hameed.

In an answer to Najeeba Arif’s question concerning the disappearance of the expression of the religious experience and religiosity from Urdu nazm, Iftikhar Arif responded: “There has been no religious allegiance and its expression in Urdu poetry since Iqbal. One of the reasons was the Progressive Writers’ Movement”. Arif can be hailed as one of the most vociferous and eloquent advocates of religious sentiment in Urdu poetry in contemporary times. “When I used the symbol of Karbala, I came under a lot of criticism. Some said I didn’t know the difference between a salaam and a ghazal! Urdu literature began to assume its own individual identity after 1965, but Urdu literature in India has a distinct personality compared to Urdu literature here”.

In a rather naïve and artless session on the launch of Once Upon a Time in Murree by Omar Mukhtar Khan, the author confessed that Murree had a lot more to offer to him than Kashmir Point and the Mall; the churches, the European schools and the villas were all part of its heritage. “When my interest grew, I started reading up on Murree in books by Dr Farrukh Ahmed and an American diplomat in the ’90s, Virgil Miedema. What makes my account of Murree different compared to the previous books is the stories I have narrated constructed around each monument and site. For instance, the background of Cecil Hotel – how Oberoi started the chain of hotels from Simla to Murree; how he came to acquire Flashman’s, Faletti’s and Cecil; how they were handed down to the government of Pakistan after 1965, and so forth”.

The moderator of the session, Fasih Zaka, mistakenly said that while the onslaught of tourism has brought bread and butter to the locals, it has been met with resentment. In another absurd digression he went on to ask the speaker about pre-colonial Murree. “There was no Murree before 1849 – just a ridge and the slopes,” came the answer.

“What characterised Bacha Khan’s personality was his ideal of non-violence and his love for humanity irrespective of creed, culture, dialect and community. It was these traits that struck me”, admitted the translator of Bacha Khan: My Life and Struggle from Pashto to English, Imtiaz Ahmad Sahibzada. “His desire to be buried in Afghanistan owed to the fact that he had always held Afghanistan in very high esteem. It is noteworthy that the warring factions in Afghanistan called truce around the time of his burial”.

Imtiaz Sahibzada revealed that Bacha Khan was an avid reader of Urdu newspapers and journals published in India. He came under the influence of Maulana Mahmud Makhfi who was from Bajaur but settled in Hazara, to whom he later dedicated his autobiography. Thirdly, the movement that he came to be associated with started as an educational movement which led to the establishment of a number of Azad Schools and Anjuman-i-Islah-i-Afaghina to cleanse the Pakhtun community of the social evils. Another influence that informed his politics was the missionaries associated with the Mission School in Peshawar, where he and his brother went.

What made people follow him or what drew them to him has a background. “If you look at the Pakhtun society, it’s divided primarily into two classes: the land-owning class, and the serving class that catered to the landowners and agriculturists. The latter were the under-privileged who did not belong to the Afghan/ Pakhtun tribal communities. They were the indigenous inhabitants of India referred to as Hindkis. They had neither power nor authority. Under the aegis of Khudai Khidmatgar Movement, Bacha Khan lifted their social stature by giving them posts of authority”.

The eighth edition of ILF was marked by the participation of two most erudite voices: Frances Pritchett and Marion Molteno, the author of Journeys Without a Map: A Writer’s Life. In a befitting tribute to the late Shamsur Rahman Faruqi, Pritchett recounted that the biggest treasure the late author bestowed on us was literary criticism, especially his work on Mir, Ghalib, Dastan-i-Amir Hamza and the classical Urdu ghazal. “The young poet Ghalib agreed to the unusual experiment of publishing a printed collection of his Urdu ghazals rather than simply preparing them for distribution in a manuscript. Faruqi dug deep into Ghalib’s verse and published his own slim intekhab of the best of Ghalib’s Urdu verses – the crème de la crème – both from the divan and the manuscript sources”.

Borrowing its title from Ghalib’s couplet, Hai kahan tamanna ka doosra qadam ya rab / Hum neaydasht-i-imkaan ko aik naqsh-i-pa paya, Dasht-eiImkaan, Asghar Nadeem Syed’s second novel in a row, saw its launch at ILF 2021. “While writing scripts for TV plays, I realised that basically I am a storyteller, that nature has created me for a bigger calling. After telling stories through dramas, I felt that I should go for another medium and novels appeared to be the best option. Drama is a medium for the masses. The canvas of fiction gave me a greater opportunity to say what I hadn’t been able to. Novel is for the reader with an eye for finer details”, proclaimed the veteran storyteller.

Nasir Abbas Nayyar further probed Syed by alleging that while he has always combined fact and fiction in his work, in the present case, he’s gone a step further by presenting the male protagonist as an historian and the female counterpart as a story writer, shedding light on the present and the future simultaneously. “I don’t look at fact and fiction as binary opposites but as companions that complement each other”.

There are two types of memories that combine in the historian’s character: the episodic memory and the semantic memory that leads to dream and consciousness. “I feel that fact and fiction are inseparable. I manipulate facts according to my wishes and desires, according to how I want to see the world around me. Kazuo Ishiguro has debated the concept declaring all fiction, fact. But isn’t reality a dream”? Asghar Nadeem continued to discuss his new novel at length, making himself sound like a latter-day Cartesian existentialist.

Hairat ka Bagh by Hameed Shahid takes us on another journey passing through vignettes of rural life that he’s experienced. Explaining the arduous process of creative writing, the author delved deep into his soul: “My book Janam Jahannum came out in 1998. It was a great experiment, and the storyline had to wait for several years to come to life. Each time I sit down to write, I realise that I have to devise a new format”.

“I believe that to look at the wall is meaningless; to look beyond the wall is what matters. If you lead your life casually, nothing will excite curiosity but if you decide to look around at the phenomena that caused it, you’ll get to discover what lies behind the scenes”.

The moderator, Najeeba Arif, pointed out that there are three different strands that dominate Shahid’s prose in general, and Hairat ka Bagh in particular: one is death and the fear of it; the second is the past and its investigation to reinterpret the present and to rediscover those aspects of our traditional lives that brought spiritual bliss to our existence. The third is contemporaneity – to analyse issues that confront us especially those that surfaced after the ’80s as a consequence of the exploitative intervention of superpowers becoming a rampant phenomenon affecting the lives of ordinary people. “Death and the experience of it have surfaced frequently in my life, and I want to discover its meanings. I often feel I can’t talk about life without mentioning death. Subjects have never been important to me. A fiction writer should avoid being bound to a theme or a subject. I let my characters feel the situation and act accordingly”.

The political dimensions of literature 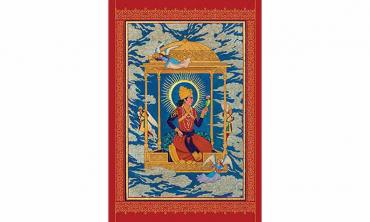 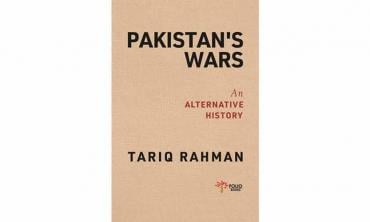 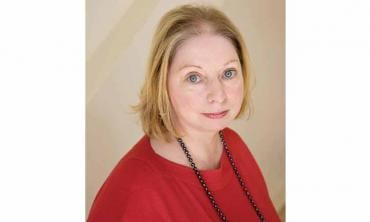