It may be a slight improvement on its predecessor, but Army of Thieves’ unconvincing premise and uneven pace ultimately yield unexciting results

Tagline: Nothing is a safe bet.

Netflix released the zombie heist caper Army of the Dead earlier this year. It wasn’t very good. The streamer has now unveiled its prequel, Army of Thieves. It isn’t very good either. So at least no one can fault the franchise for not being consistent.

The new film gives us the backstory of Dead’s Ludwig Dieter (Matthias Schweighofer), who is known, at this point, by his real name Sebastian. The protagonist works as a bank teller and is stuck in a mundane life. But his passion for safecracking soon takes him on an unusual adventure when he is recruited by a crew that executes international bank heists. The team includes jewellery thief Gwendoline (Nathalie Emmanuel); hacker Korina (Ruby O. Fee), getaway driver Rolph (Guz Khan); and their supposed leader Brad Cage (Stuart Martin) who fancies himself an action hero.

Their target is the Ring Cycle, three of the four safes created by famed locksmith Hans Wagner that have now become the subject of legend. Due to the zombie outbreak in America, the owner of the Wagner safes is transferring them to a vault in Geneva where they will be decommissioned. For Sebastian, this is the last chance to solve the puzzle that Wagner spent his life developing before it is forever destroyed.

The action takes us from Paris to Prague to St. Moritz as the thieves try to reach and then crack each of the three safes, an obsessive Interpol agent (Jonathan Cohen) and his team clumsily in tow.

This premise should, theoretically, be exciting. Practically, it really isn’t. Things may not be as nonsensical as the mess Zach Snyder created, but they are still pretty preposterous nonetheless. Plus the safecracking – basically a man pressing his ear against a safe which slowly turning a dial – which should be the heart of the film, isn’t exactly the most thrilling thing to witness.

But its primary flaw, perhaps, is that it gives us no reason to be invested in any of the action. Most of the characters are underdeveloped and uninteresting. The stakes never seem as high as they should be. (Oh and in case you were expecting the undead to have an integral role here, you’ll be disappointed to know that the zombie outbreak plays no real part in the proceedings, although yes, things do ultimately tie into the parent franchise.)

The degree to which the movie does work is thanks largely to the very likable Schweighofer. He is a charming presence in front of the camera, and knows that the story needs a light, goofy touch behind the lens. It’s a pity though that the plot and script continuously let him down. Ultimately, while the film probably won’t leave you looking forward to whatever is coming up in this franchise, it may still pique your interest in what the German actor-director does next. 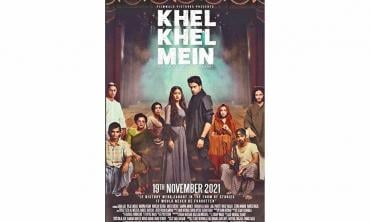 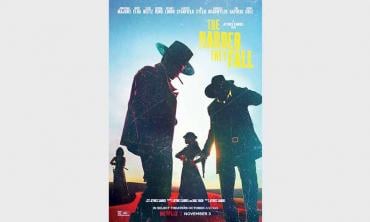