Paul Collingwood, who has been part of six World Cups and led them to their first global title, believes they have the team to go all the way again

“It’s a feeling that I’d never be able to describe - way beyond anything I’d ever felt before. If you could bottle that moment, I’d open that bottle every single day. You don’t get any better feeling than that.”

Paul Collingwood is sitting in his hotel room at England’s training camp in Oman reminiscing about the undisputed highlight of his T20 international career. After inside-edging Shane Watson for four to level the scores in the 2010 World T20 final, Collingwood shimmied down the pitch and clipped him wide of mid-on to win England their first men’s ICC event.

Those three weeks in the Caribbean were not the culmination of a long-term plan or the start of an era of dominance, but now look like a precursor to England’s white-ball revolution following their early exit at the 50-over World Cup in 2015. “I remember a discussion with our head coach, Andy Flower,” Collingwood recalls. “We said whatever we’d been doing in the past, it hadn’t worked. If we continued with the same kind of team and method and strategy, there was a good chance that we weren’t going to succeed.”

Ahead of the 2010 World T20, England were thrashed by their second-string Lions side in a warm-up match in the UAE and decided to throw Michael Lumb and Craig Kieswetter, the openers who took their attack apart, in at the deep end, while embracing their analyst Nathan Leamon’s findings: that left-arm seamers were undervalued - hence the selection of Ryan Sidebottom ahead of James Anderson - and that slower-ball bouncers were surprisingly effective at the death. After scraping through the group stage on net run-rate, they won their next five games in a row to lift the trophy, never conceding more than 150 in an innings.

“We had to take a gamble - be brave, be bold,” Collingwood says. “The preparation was all about confidence, not too much technical work or thinking too deeply about the game. It was all about having fun and putting on a bit of a show. It was a different approach to what we were used to, but we changed our mentality and embraced that real ‘express yourself’ approach. Thankfully, it worked.

“With a leader like Morgan, when they’re going through a bad run of form, people look at just stats of scoring runs - how do you measure what that person is giving in leadership? The only way you can is through results, but it’s far greater than that.”

“We’d turn up, put 100% effort into training, and then go straight to the golf courses. If you didn’t enjoy the golf you were around the pool at the hotel. We tried to make it as relaxed an atmosphere as possible. I think that camaraderie that we gathered and the momentum that we had through the tournament [meant] it was just a really fun experience.”

Now England’s assistant coach, Collingwood is preparing for his sixth of seven men’s T20 World Cups - he captained England in the first three and was part of the backroom staff in 2014 and 2016.

They will be captained in this edition by the man who was at the non-striker’s end as Collingwood hit the winning runs 11 years ago, and he can see parallels between Eoin Morgan’s position heading into this tournament and his own in 2010.

Morgan has had the worst year of his T20 career in 2021, averaging 16.63 with a strike rate of 118.52, and the sample size of 35 innings is not exactly small. Collingwood himself struggled badly during the World T20 in 2010 - he made 61 runs in seven innings with a top score of 16 - and while he says that it would be “great if [England] have both the leader and the runs”, he stresses that they were not facing “desperation if we haven’t”.

“You can understand sometimes that you do lose form [as captain] because of the amount of mental energy that you give up in big series,” Collingwood says. “I remember back in 2010, all I wanted to do was go out there and try to impose myself on the game and make sure that I wasn’t eating up balls just because I was in a bad run of form. You don’t want to be selfish in any way - you want to lead the team and help them play the brand of cricket you’re desperate to.

“With Morgs, I’ve always found it takes one shot or ball out of the middle of the bat. He’s never that far away and we’ve all seen how destructive he can be. I’m sure he’d want to score more runs but… you’ve got to understand what he gives the team in his leadership. That is far greater than a run of form with the bat. He takes pressure away from players: there’s a lot of hours that he puts into analysis behind the scenes so when you get into a game, the players can relax and the captain can be the composer out there and run the show.

“With a leader like that, when they’re going through a bad run of form, people look at just stats of scoring runs - how do you measure what that person is giving in leadership? The only way you can is through results, but it’s far greater than that. To even question what he gives or question his form with the bat, we’d never go down that route. We totally understand as an England team what he’s given in the past and what he’ll continue to give in the future. He’ll be desperate to score more runs but as long as his leadership and direction and skills of leading on the park are still 100% - like they are - we’ll be very happy.”

In particular, Collingwood considers Morgan’s recent experience with Kolkata Knights Riders - whom he captained into the IPL final after a poor first half of the season - to be a trump card for England, not least after his exposure to the UAE’s pitches. Morgan’s flexible use of his batting resources, pragmatism in fielding only two frontline seamers in certain games and willingness to slide down the order in recognition of his own form all serve as evidence of his strengths as captain - though their winning streak came about in no small part due to a world-class spin attack, something that England lack.

“It’s an unbelievable achievement from the position they were in,” Collingwood says. “It shows what kind of a leader he is that he was able to galvanise a team that seemed to be down and out. It’s going to be crucial that we have as much understanding as possible regarding the venues and what’s working, and Morgs has been in the heat of the battle.”

Along with a handful of other players and support staff members, Collingwood is expecting to be away from home for most of this winter and admits that another winter confined to hotels is a tough prospect. “We’ve obviously done a lot more of it than other teams and I don’t understand why we still need bubbles, if I’m entirely honest,” he says. “When everyone is double-vaccinated, the sooner we manage Covid like any other illness the better for everyone mentally.

“The restrictions are put on us in these World Cups because we’ve got to protect the tournament, but everyone who has done bubbles for a long period of time would argue you’ve only got so much time that you could actually cope with them and a lot of cricketers out there are on the brink. From the outside it looks nice, staying in nice hotels, but it’s frustrating: you are literally stuck with the same people for months on end.”

But he stresses that he will be driven through by the prospect of “a World Cup then an Ashes… for all of us, this is one of the most exciting times of our career, whether as a coach or a player. What could be achieved over the next five or six months is huge. Everyone is raring to go and building up really well.”

Collingwood sees the key to his own role as assistant coach as “giving a player the chance to improve”. He took particular pleasure from Liam Livingstone’s breakthrough summer having suggested a technical tweak (with some help from Marcus Trescothick) that sparked his six-hitting form. “That’s why you do the job: it’s great to see a player respond well and go onto the success he’s had this year,” he says. “It’s nice for players to appreciate the work you do but they’re the ones that have to be open to little tweaks and changes.”

And he is clear about two things: that the standard of T20 cricket has never been higher, and England have never been better placed at this stage in their preparations. “You’re going to see a very serious World Cup,” he says. “It would be silly to say that cricket hasn’t moved on: every other sport in the world has. People are getting faster, stronger and fitter. The athleticism and the power that’s in the game now is pure and it’s forever evolving.

“I don’t think many teams will be looking forward to playing against England, with the power that we have in the batting unit in particular. I don’t think you could be better prepared than this team is. Of course we’re missing a couple of players that have been a key part of our white-ball team - the extreme pace of Jofra [Archer] and the allround ability of Ben Stokes - but we’ve built up a big squad where players can come in at any time and fill gaps if we do have injuries.

“I see us as one of the teams to beat. I don’t think we should be scared of having the favourites tag on us - I think we’ve earned it over the years. This team is still moving forward even now - as good as the guys are, we want them to get better and better. It’s a difficult side to pick and I’m glad I don’t have that job - there’s so much skill and experience around the group. Last time [in 2016] we were very close. Hopefully this time, we can just go that extra step.” —Cricinfo 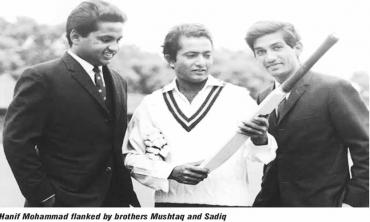 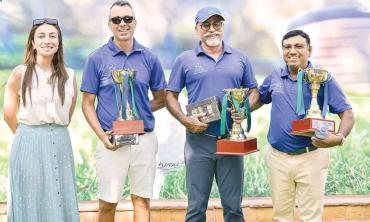 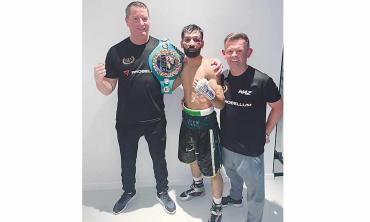