It’s not only being outside and exercising that is good for us. It’s how we learn to handle frustration, and even who we’re with

There are figures we can point to that measure golf’s growth during the pandemic-how many rounds were played, how many clubs were sold, how many more new golfers emerged in the absence of other options. What is impossible to quantify is how many people got out of bed each day because of golf.Perhaps we overestimate the value of a tee time. But in the same way the pandemic forced us to identify some activities as reckless and others as safe, it also drew a line between the pursuits that left us hollow and those that infused us with purpose. Even this week, as we shed light on the emerging emotional challenges facing golfers-whether it’s the toll the professional game takes on players’ psyches; or the toxic influence of social media-it’s worth noting that for the majority of us, golf still does far more good than harm. It pulls us outside and away from the doom-scrolling temptations of our devices. It connects us with others. And it’s proven to be a low-stakes training ground for how we navigate and process disappointment.

In the UK, Dr. Roger Hawkes oversaw the Golf & Health Project that was established to underscore the benefits of golf. Among its published findings was that playing golf regularly can help “reduce anxiety, improve confidence and boost self-esteem, all of which contribute to improved mental well-being.” According to Hawkes, former chief medical officer of the European Tour, those findings played a role in government officials prioritizing the opening of golf courses.

“Prior to the pandemic, the idea was that policy makers, especially in countries where golf is still emerging, would be more likely to invest in a sport with proven benefits,” Hawkes elaborated. “The pandemic has focused everyone’s minds on mental health and well-being and highlighting the published evidence was a factor in the UK government allowing golf to be resumed much earlier than other community sports.”

While it is not a new concept to extol golf’s role in clearing our heads, the pandemic has emerged as an unanticipated game-changer in reframing the sport as something we not only want to do, but perhaps something we should do as well. But even then, the reasons extend beyond the bullet points offered in studies. For starters, let’s acknowledge that the game isn’t a substitute for real therapy-nor, for that matter, does it even guarantee you will leave the course happy. But oddly, this is helpful, too, since even the game’s many frustrations can be constructive in cultivating resilience.

“It’s not just being out there that’s good for you, because there are a lot of miserable golfers,” said Jeff Ritter, a Golf Digest top teacher in Oregon whose Make The Turn performance program is as much about overall wellness as lower scores. “But there are a lot of inherent lessons in the game that if you embrace, can teach you a lot about mindset.”

Where golf differs from yoga or running-two other activities that promote mental health benefits-is that playing golf invites a steady drumbeat of negative feedback. Or as Ritter puts it, “you have 70 to 100 opportunities to feel shitty at the end of a round.” How could that possibly be good for our well-being? Because golf eventually forces you to learn how to frame unpleasant outcomes to make them more palatable-otherwise we’d all have quit the first time we topped a drive.

Think of it as strength training for your mind. It might not feel good in the moment, but it gets us to a better place nonetheless.

“I tell people all the time, you have chosen to play and learn a really challenging game, “ Ritter says. “This was your choice, so you need to find the joy within the struggle. And if you can’t do that, you shouldn’t be out here.”

One of the exercises Ritter prescribes with his students involves a batch of paper clips. For every negative thought they entertain while playing, they’re told to take a paper clip out of one pocket and put it in the other, thus allowing them to measure precisely how often negative thoughts creep in over 18 holes. There is a strict golf application to this-like many coaches, Ritter stresses that you’re better positioned to hit a good shot when in a positive frame of mind-but the practice extends beyond the golf course. As with other forms of therapy, the first step in confronting a pattern of thoughts is fostering an awareness of them.

Granted, there are few golfers among us who seek the game out for four hours of self analysis. More likely it’s the opposite in that we use golf to get out of our own heads and connect with others. In the earliest days of the pandemic, we adapted new habits-standing six feet apart on tee boxes; waving awkwardly goodbye at the end of rounds instead of shaking hands-not just because we wanted to get some swings in. It was also because we craved interaction with others.

Back then the need felt extreme, but it underscored the essential social nature of golf that sustains us in normal times as well. The older we get, it seems, the more this need sharpens, something author Tom Coyne first explored in an essay for The Golfers’ Journal, and later in his book A Course Called America. Coyne’s thesis is that men especially-although certainly not exclusively-struggle to develop new friendships as they drift into middle age. Golf allows for an easier path, and provides a fertile setting for venturing past superficial small talk.

“I call the first tee the universal place of accord,” Coyne said by phone. “We’re all in a common pursuit and it’s hard for all of us. I think male relationships suffer from ego and golf is such a humbling endeavor that ego is wiped out by the third hole.”

As Coyne notes, though, it’s not just that golf is hard. It’s also how golf fits the specifications of the type of “shoulder-to-shoulder” relationships that men prefer. The phrase, popularized by University of Maryland Professor Geoff Greif in his 2009 book on the dynamics of male friendship, Buddy System, speaks to a common distinction between male and female relationships. Whereas women in general are more comfortable in face-to-face interactions that dive more readily into substantive topics, men tend to get there circuitously by way of a shared activity-working together, watching a ballgame, and yes, playing golf.

“Golf is one of the few sports where you really have the opportunity while competing to actually communicate with somebody,” said Greif, who is also a golfer. “In tennis and basketball, there’s not a lot of time. But in golf you have four hours. It’s a shoulder-to-shoulder activity but you also have a chance to talk a great deal.”

And remember, it’s not just that golfers need other golfers to fill out a foursome and check each other’s alignment. Especially as we age, and perhaps our professional and family lives enter less frenetic phases, our opportunities to connect dwindle, and golf fills the void.

Ultimately, the best way to measure golf’s influence on our well-being might be by subtraction. Again, look to the fraught early days-and in some regions, early months-of the pandemic, when assorted restrictions left us bottled inside our homes without an outlet. Or for those who live in northern climates, just think of a typical winter, when the greens are frozen over, and our group texts go silent.

“Golf depression is a real thing,” Coyne says. “There are months when I can’t play golf and I feel squirrely, cooped up. Everything has a diminished outlook. 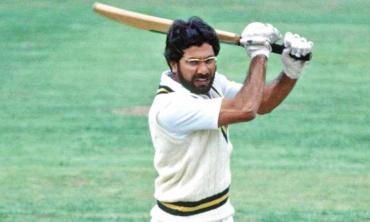 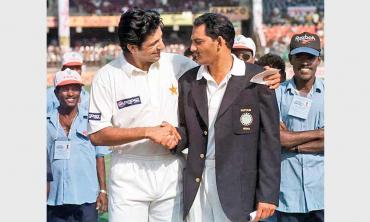 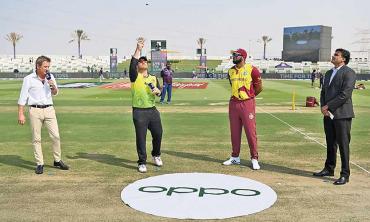