With the divide on Jam Kamal’s leadership growing in his party, the nature of power politics in the provincial assembly is becoming increasingly evident

Balochistan’s ruling coalition government led by Jam Kamal Khan has been in trouble since mid-September, not because of opposition parties but due to differences with the members within his own party, the Balochistan Awami Party.

Some 11 BAP members, two Balochistan National Party (Awami) MPAs and one PTI member have submitted the notice of a no-confidence motion against Chief Minister Jam Kamal. These members seem confident about receiving support from the 22-member opposition to oust Jam Kamal. On September 14, some opposition members had submitted a similar notice after 14 members of the ruling coalition assured them of their support. The angry members were said to have been directed by the powers that be to stay away from any move by the opposition comprising PDM components that might dislodge the BAP-PTI government, and set a bad precedent for weak coalitions in the Punjab and at the Centre.

The estranged government members informed their opposition colleagues about their compulsions. They also said they had been assured by powerful circles that Jam Kamal will step down within 15 days. No action was taken on the no-confidence motion following Law Department objections on technical grounds. The movers too didn’t press it.

The chief minister has refused to yield to the pressure, describing it as blackmail by a few in the BAP and vowed to face the move in and outside of the assembly. He acknowledges that 12 out of the 41 members of the ruling coalition are opposing him. He says that he will step down the moment he loses majority in his coalition. Jam Kamal and his political team have been reaching out to angry members to bring them round. He and his ministers and MPAs have met them separately and in groups at their residences, but they seem to have refused to budge. The chief minister and his allies have also started making efforts to create divisions in the ranks of the estranged members by contacting some of them secretly.

If the 15 members, including the speaker i.e Qudoos Bezenjo of the anti-Jam Kamal group maintain their unity, they can oust the chief minister with the help of the 22-member opposition. The powerful circles are known to have started their carrot-and-stick maneuvers to bring the rebels back to the government. These circles had helped found the Balochistan Awami Party (BAP) and form the coalition government under the leadership of Jam Kamal with the hope to improve the governance, start development activities and a launch a comprehensive plan for education and health to counter the on-going insurgency in Balochistan.

In Balochistan, chief ministers stay in office for as long as they keep meeting their coalition partners’ demands – fair or unfair. They are under constant pressure. No chief minister except Jam Yousaf, the father of the present incumbent, has completed a five-year term in the office. It is an open secret that the military establishment holds sway over formation of governments in Balochistan by allegedly herding electable groups to desirable political parties. These electables are ready to change their loyalties when directed. And it is the first time that these estranged members have stood up against their “mentor” and are refusing to give up on their opposition to Jam Kamal.

Mir Jan Jamali, the former chief minister and one of the signatories to the the no-confidence notice, has already announced his disassociation from the move against Jam Kamal. Four more signatories: Mahjabeen, Laila, Bushra and Lala Rasheed, are said to have been persuaded to re-join the government.

From day one, Mir Qudoos Bezenjo, the speaker of the Balochistan Assembly has been looking for an opportunity to dislodge Jam Kamal and replace him. Bezenjo had become the chief minister in 2018 for five months by what is seen as an accident – in the wake of Nawab Sanaullah Zahri’s blunder in hosting a public meeting for party leader Maryam Nawaz in Quetta when the row between Nawaz Sharif and military establishment was peaking.

Qudoos is backed by Sadiq Sanjrani, the chairperson of the Senate, who is considered most shrewd among the new political lot. Sanjrani had enjoyed influence during Qudoos’ five-month tenure in Balochistan, but has not enjoyed similar during the Jam government. Qudoos has also tried to instigate party members in the past but failed to garner support from them. So much so that once he revolted and claimed to have the support of the majority in the party. However, no one supported him openly and ultimately it was the chairperson of the Senate who came to his rescue and helped him patch up with Jam.

Some members of the BAP as well as some coalition partners have been angry with the CM for different reasons and looking for an opportunity (support from the military establishment) to replace him with a person who is more accommodating of their demands. Naseebullah Marri is one such member form the PTI. Sardar Yar Mohammad Rind, the PTI parliamentary leader and the education minister who nowadays enjoys a good relationship with Jam Kamal, was reported in the past to have become estranged over some postings or transfers in his department. Asad Baloch, the social welfare minister and head of his faction of Balochistan National Party (Awami), had been asking for a ‘better’ portfolio then he has held. The BNP (Awami) has a parliamentary strength of two, Asad and his wife. Two BAP ministers, Zahoor Buledi and Sardar Rahman Khaithran, and parliamentary secretaries Mohammad Khan Lahri and Akbar Askani who were known to be very close to Chief Minister Jam Kamal got angry while five party MPAs Laila Tareen, Mahjabeen Sheran, Bushra Rind, Lala Rasheed and Sikunder Umrani also joined Qudoos Bezenjo in the battle against chief minister.

None of the disgruntled members has made a serious allegation against Chief Minister Jam Kamal of corruption being refused development funds. The only complaint seems to be discourtesy, things like keeping them waiting for hours in his office when they come calling. Zahoor Buledi, the former finance minister and Khaithran, the ex-food minister, are also said to be in the race chief minister.

The writer is a freelance journalist. 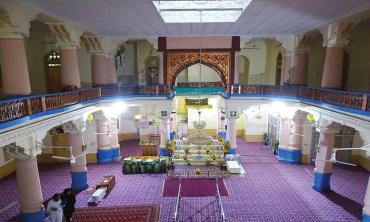 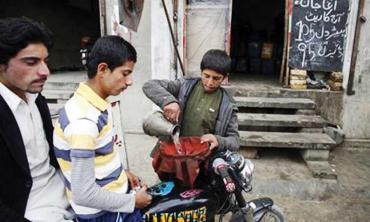 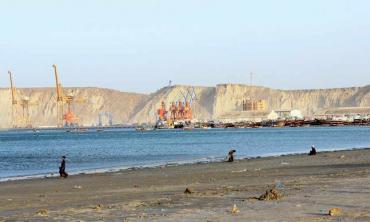