Ali Sethi talks about his latest project, a musical audiobook marking a collaboration with Amitav Ghosh’s Jungle Nama, and exploring ways to work during Covid-19.

Tall and lanky, with the coolest collection of sneakers that lend to his unique sense of style, Ali Sethi’s work is curious, intelligent and innovative. He has successfully worked in multiple mediums of music including folk, film, modern ghazal and is a regularly featured artist on the now-iconic music series Coke Studio. Ali has adapted eastern music, folk and raags into a minimal yet modern concoction that cuts across demographics, some of whom may or may not be aware of the cultural essence that lies within his music and poetry. You’d think the pandemic would have slowed him down but it has actually given Ali a chance to enter another dimension: an audiobook called the musical audiobook.

In a Q&A with Instep - while outside Pakistan - Ali speaks about Jungle Nama and what’s next for this multicultural musical chameleon.

Instep: Before Jungle Nama have you ever done an audiobook and what was the experience like? Has it compelled you to look into audiobooks for future projects or was it a one-off?

Ali Sethi: Never! This is my first time doing an audiobook. From having no clue about the medium, I feel I’ve gone to being a big fan of it. I think what we’ve made here is especially unique. I’d love to make many more.

Instep: Since no studios were open in New York, you were able to set up a studio in your apartment with the aid of Anthony Soshil Shah in Lahore. For someone who isn’t a home-based producer, how different was it being in your home studio in New York and how did you navigate your way around this technical limitation?

Ali Sethi: Anthony has assisted the production on a lot of the music I’ve made with Noah Georgeson. He’s been handling sound design for my live shows for several years. I think it was his expertise in audio production — the levelling, the pacing, making sure we could edit the track as we were recording it — that saved the day. He literally entered my laptop via a software and produced the audiobook from thousands of miles away.

Instep: When Indian-American author Amitav Ghosh first asked you to perform the audiobook for his latest work Jungle Nama, was there any hesitation on your part?

Ali Sethi: I had to compose all the music for this audiobook, as well as act out the voices. The pandemic in New York was especially isolating, which meant I had to direct it myself too. That all felt very daunting at first. But Amitav placed his trust in me. We also co-wrote the lyrics, which are based on his verse adaptation, and he vetted every tune, so I think the collaborative aspect made me feel more insured.

Instep: Jungle Nama, as you describe it, is a retelling in English verse of the Bengali folktale of Bon Bibi. Multicultural in spirit, it is a warning to humans who do not respect the rights of non-humans (tigers, bees, crocodiles) and try to rob the forest of its resources. Would you agree that the Covid-19 pandemic is also a reflection of this idea and therefore is more pertinent to mankind than any previous time in history?

Ali Sethi: Absolutely. The Bonbibi legend is an authentic ecological parable that’s rooted in the soil of South Asia. I find it so wise and moving. It’s definitely a tale for our times.

Instep: The musical audiobook Jungle Nama is not only a collaboration between you and Indian-American author Amitav Ghosh but of live musicians such as Fazal Abbas on tabla, Aizaz on surmandal, Annan on guitar from Lahore and you taking on the role of co-writing and co-rewriting the lyrics with Amitav. It also draws from traditional ragas. How was this process a learning curve for you?

Ali Sethi: The most interesting and challenging part for me was translating the cadences of “our” music into English verse, making those very different traditions fit together. I think in the end I settled for a kind of ‘Broadway musical’ register, with its polished enunciation, it’s hard T’s and D’s and quavering, elongated vowels. I guess you could describe it as an “operatic” way of singing.

Instep: Our history with Bangladesh is drenched in blood and sorrow since it was once part of Pakistan and isn’t anymore. You wrote and rewrote the lyrics in Brooklyn with Amitav. However. what was it like singing your first Bengali song? Did you feel a baggage of the past?

Ali Sethi: I was scared, I must admit. I didn’t want to be accused of cultural appropriation, and I certainly didn’t want to get the pronunciations wrong. But there again I derived some strength from the fact that while our languages are quite distinct, musically there’s been a lot of cross-pollination between Punjab and Bengal. So I approached my rendition “musically” instead of “linguistically”, following the intonations of the Bengali boatmen’s song.

Instep: Earlier this year, you collaborated with the prolific electronic artist Nicolas Jaar on ‘Yakjehti Mein’ supported by the words of Faiz Ahmed Faiz. What was the larger context behind it?

Ali Sethi: Nicolas Jaar is someone I’ve admired for years. He heard something I’d done and got in touch with me. We ended up chatting for several hours, there was so much overlap in our areas of interest, the larger stories of the cultures we come from, how we are sustained by our melancholic melodies and metaphors. Not long after that I saw Nico being so vocal about the terrors visited upon Palestine, he was instrumental in getting musicians together to protest the Israeli attacks earlier this year. When I told him a Pakistani poet had written his magnum opus (‘Hum Dekhenge’) as a response to the plight of Palestine, he immediately asked to hear my rendition. Our mutual friend the young Indian artist Somnath Bhatt created an iconic image to accompany the release.

Instep: Your musical career has been an astonishing success. You began with covers by eastern, iconic artists unofficially being dubbed as the modern ghazal master. But in-between now and then, you’ve collaborated with fashion brands, appeared on Coke Studio on multiple occasions and succeeded inspite of its parameters; you’ve sung for films, and have gone on to work with Grammy-Award winning producer Noah Georgeson on multiple songs and followed it up with tracks like ‘Pehla Qadam’ and ‘Mere Aur Hain Iraday’ and now Jungle Nama. Do you worry or think you have peaked as an artist?

Ali Sethi: I believe art is a vessel for feeling. As you have experiences and refine your perspective, the genres and forms your art assumes also evolve. I’m a roving, restless person at the end of the day, someone who enjoys challenges. I don’t think I could’ve gone on making the same kind of music. It was important for me to journey with music into new areas of thought and feeling. Whether or not I succeed, I hope I can hold onto that spirit of possibility and adventure. 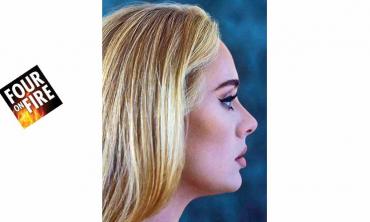 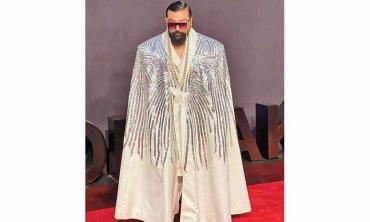 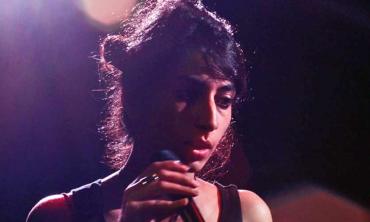