Several production houses in Pakistan are trivialising the issues that plague women.

Gender-based discrimination, domestic violence, honour killing and sexual abuse are some of the challenges that women must face in societies like ours. Several production houses in the country are exploiting the narratives to blatantly trivialise women’s issues. Female characters in TV plays have gone through a notable metamorphosis over the years. From naive and vulnerable, to bold and cunning; female characters have evolved from being the victim, to being the perpetrator of many a crime. In recent portrayals of female protagonists, the narrative has shifted from harrowing stories of assault, to false accusations of harassment. This is a damaging position to take in the current state of affairs.

While the number of reported cases of rape and harassment in the country is high and rising, a drama serial, Laapata, recently came under fire for a scene that showed a female character falsely accusing an innocent man of harassment. Written by Khizer Idrees, the drama serial features a notable cast of Ayeza Khan, Sarah Khan, Ali Rehman Khan and Gohar Rasheed. The show follows the story of Falak (Sarah Khan), as she waits and suffers for her one true love Shams (Ali Rehman) who has gone missing, while her manipulative cousin Geeti (Ayeza Khan) creates problems for her. The serial kicked off with a highly problematic episode. One of the scenes in the first episode showed Geeti, Ayeza Khan’s character, threatening to use her social media influence to falsely accuse a shopkeeper of harassment in order to ruin his reputation, although all he did was rightfully ask for payment for his goods which she purchased. The scene ends with her getting everything for free as the man is intimidated into accepting a loss of goods over a loss of reputation. The scene was apparently meant to be funny. Its problematic nature rightfully drew fire from several activists and drama critics who questioned its pertinence in a society that already trivialises women’s issues.

The false accusation narrative is not a recent invention. It is stale, mainstream and imprudent. The attitude we adopt towards sexual harassment and how we address it, ultimately has an impact on what we do about it as a society.

In recent portrayals of female protagonists, the narrative has shifted from harrowing stories of assault, to false accusations of harassment. This is a damaging position to take in the current state of affairs.

Creative freedom is not an excuse to perpetuate damaging stereotypes. In a country where women have to engage in a great deal of emotional labour to simply raise the issue of harassment, only to be humiliated, victim-blamed and dismissed - writing a dramatic persona that makes light of abuse victims is categorically insensitive. Needless to say, such content is open to misinterpretation and has the ability to fuel harmful misogynistic biases. Unfortunately, this is not a one-off script that represents an anomaly while disparaging the 95 percent who seek equality and mutual respect. Fahad Mustafa’s latest production, Dunk, which concluded recently, also had a similarly prejudiced theme. The producer even professed that the series was a ‘tribute’ to victims of false accusations. Dunk followed Haider (Bilal Abbas Khan) and Amal (Sana Javed) as cousins who are set to get married after graduation. However, when Amal falsely accuses their teacher, Prof Humayun (Nauman Ejaz), of harassing her, Haider overhears her bragging that she could lie and still be believed, thus realising that her accusation was fabricated. Prof Humayun proceeds to commit suicide as he cannot bear the humiliation that follows such an accusation. Like Laapata, Sana Javed’s character making a false accusation is a major problem with Dunk. The show clearly had an agenda to portray the female protagonist as someone vile while painting the male characters as victims.

It is a disaster waiting to happen, as impressionable minds may consume such problematic TV content. These narratives mar the credibility of genuine cases while preventing actual victims of sexual harassment from speaking their truth. Most victims are afraid of public crucifixion as they live in a country that questions the character of those who make harassment claims first. Do we really have room for pushing the narrative of ‘she is lying’ over ‘believe her’? Choosing to tell stories of an anomaly only serves to represent the tone-deafness to real problems in the society. In addition to normalising false narratives, this controversial storytelling makes it seem as if false accusations are commonplace when they are not. Under the guise of ‘the other side of the picture’, some imprudent writers and artists are enabling predators and vilifying victims.

The audience certainly wants new and knotty scripts. However, there is no logical explanation for why the entertainment industry, as a whole, is so determined to portray women in a negative light. Misrepresentation of what happens in Pakistan is the last thing we need.

The writer is a freelance contributor 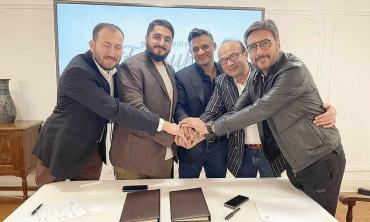 A creative collaboration with Turkey 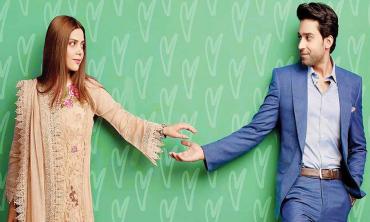 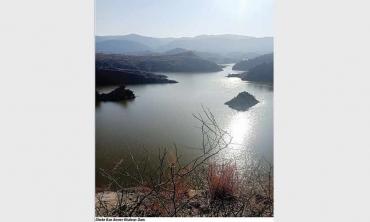 The attraction of placid lakes