Sally Rooney’s Beautiful World, Where Are You marks a radical departure from her first two novels. Though the Irish author’s latest work is seeded with the same ingredients that she has triumphantly employed in her previous novels, her canvas appears broader and more experimental. The author seems to have found a new vessel to explore her creative concerns. Even so, Rooney’s loyal readership will find that her new novel has the cosy familiarity of an edgy love story set against a contemporary Irish milieu.

In her previous books, Rooney examines how young people negotiate the bumpy transition to adulthood after escaping the family structures that provide them comfort during adolescence. Beautiful World ventures beyond this seemingly optimistic phase and delves into a stage when the mystique of a twenty-something life begins to fade. Rooney’s protagonists grapple with a precarious energy and carry the burdens of having lived a great deal over a limited timeframe.

Alice, the 29-year-old author of two successful novels, is deeply disillusioned by the trappings of her literary stardom. After recovering from a nervous breakdown, she abandons her life in Dublin and settles in an Irish coastal town where she strikes up an unlikely romance with a warehouse worker named Felix. Her friend Eileen works at a literary magazine in Dublin and battles her own daily demons. Having emerged from a long relationship, she rekindles a romance with her old friend Simon, a left-wing policy adviser.

The novel alternates between chapters that capture the highs and lows of Alice and Eileen’s respective relationships and those that subsume their long, meandering email conversations. Detailed accounts of the two women’s lives are filtered through the detached viewpoint of an omniscient third-person narrator. Using this narrative technique to vivid effect, Rooney succeeds in distancing herself from her characters and allowing the space to emerge as full-blooded individuals. Their idiosyncrasies and flaws are depicted without any judgment. The dialogue, unencumbered by direct speech, merges easily into the narrative voice. This is a clever device that enhances the readability of the text.

Alice and Eileen’s email conversations compensate for the omniscient narrator’s cold detachment and provide a useful glimpse into their inner turmoil. Each email opens a vista onto their intellectual, artistic and emotional lives. During the course of these conversations, they share their views on the facets of their public and private spheres. The two women discuss the possibilities of beauty in a broken world, ponder over the absurdities of right-wing politics and enlighten each other about the quirks of the men in their lives.

At times, these emails are laden with lengthy philosophical ramblings that are tedious to get through. In some of these exchanges, Alice and Eileen’s voices bear a distinct similarity to each other. Even so, the emails are steered by powerful insights and serve as welcome proof that our protagonists are discerning individuals with diverse intellectual interests.

The conversations also prevent Beautiful World from being viewed as yet another trite exploration of the intricacies of modern romance. By broadening the novel’s creative scope, they lend a much-needed three-dimensionality to it. In addition, readers might find these emails intriguing as they reflect the mode of digitised communication that has become the norm against the backdrop of Covid-19.

If the buzz surrounding the book is anything to go by, both female protagonists are possibly alter egos of the author at various stages of her life. Before Beautiful World, Rooney had penned two accomplished novels that were published to both notoriety and acclaim, and enjoyed a brief stint as the editor of a literary magazine. Given that Rooney believes her work is “imaginatively limited”, it is difficult to escape the autobiographical bent of the novel.

It is widely believed that Rooney’s third novel engages with the criticism levelled against her work. The author’s detractors are of the view that her characters, though radical in their political persuasions, are dwarfed into mere caricatures by her romantic storylines. This is a flawed assumption as Rooney draws upon her Marxist sensibilities to understand the ways in which relationships bear a transactional quality in capitalistic societies. A similar technique emerges in Beautiful World. Plagued by the inequalities and inadequacies of their relationships, Rooney’s characters find themselves exceedingly anxious about love, sex and the bleakness that has laid siege to the world. The currency of love, pain, delusion and deception continues to fuel Alice and Eileen’s friendship and their romantic entanglements.

Those who have overlooked this creative device have been quick to judge the merits of Rooney’s work. The author uses her latest novel as an opportunity to reflect on the limitations of the contemporary novel. She does this as a way of recognising the conscious and subconscious processes that inform her writing, not as a means of defending herself. For instance, Eileen believes the problems associated with the contemporary novel are aligned closely with the challenges of contemporary life. In one of her emails, Alice states that the novel thrives on “suppressing the truth of the world”. She doesn’t free herself from blame and believes that her work is “the worst culprit” in this regard.

A quote from Italian novelist Natalia Ginzburg on being a “small writer” has been taken as an epigraph to the novel. The decision to use this quote can be construed as a veiled reference to the inconsequential nature of the literary success that Alice and (perhaps) Rooney enjoy. In the novel, Eileen mentions an essay she wrote on the Italian writer for her literary magazine. The epigraph possibly echoes Eileen’s creative struggles. While Eileen may not be as successful as Alice, she remains equally worthy of reverence.

Fuelled by a captivating plot and deft characterisation, Rooney’s latest offering reflects her ability to capture the social and emotional zeitgeist of our times. 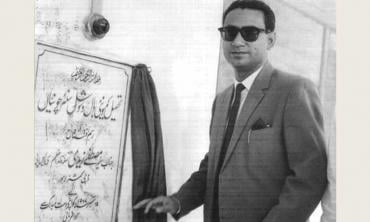 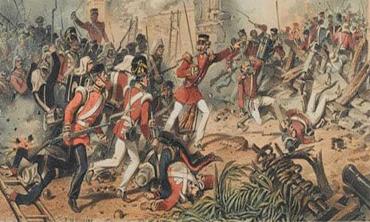 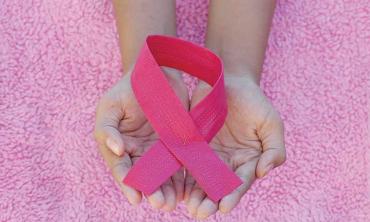