Coming out of Minaa Mohsin’s exhibition, there was a strange sensation to one’s palate. Of course, her paintings are visual objects to be accessed through eyes, but her canvases also left one with other kinds of aftertaste. Most works from her solo show are images of edible and delicious stuff. Tikka sizzling on coals, sweetmeats dripping in sugary syrup, teapot with patties and cake roll, cookies, samosas, nuggets, kebabs, chicken portions, cheese sandwiches, along with appropriate soft drinks.

Sweet, sour, spicy, all flavours represented; but these paintings are not advertisements for a sweetmeat shop, a snacks stall or a café. None of these looks like pictures of dishes, and products you come across at bakeries and eateries. Mohsin has painted them in a realistic manner, but not in a photorealistic way. Thus, you see these products, displayed; while being conscious of them being illusions, rather than the things. Another element that adds to their ‘picture quality’, is the background of every chewable stuff. Trays, plates, dishes, table, tablecloth and ceremonial tents rendered in simplified, almost graphic tones. Flat colours, and precise lines give the impression of space and containers, but these are mere props.

The cooked objects appear to be the Minaa Mohsin’s real subject. One wonders why she has picked these visuals of serving dishes loaded with culinary delights. There have already been a few Pakistani artists who used food items in their works, notably Maryam Arsalan. In Arsalan’s paintings and constructions, textures, surfaces, and bright hues - in a sense - replicate the edible products. The body of cheese cake for Arsalan is easily translated into the impasto of thick paint. Her imagery invites us to eat through our gaze what we wish, desire and devour in reality.

MinaaMohsin’s canvases, on the other hand, embody a paradox. Although her titles such as Please, no formalities, Netflix and Grill, Tiers of Joy (reprise), Monsoon Essentials, Miscellaneous Celebrations, Chai Party, Feast with Benefits, and Stay for a little dessert refer to what is normally eaten in a house or at a function, a viewer is not tempted to take any of the comestibles put in front of her. Mohsin’s method of painting is so meticulous that you can count the coils of jalebi, and recognise almonds arranged on the top of carrot halva, yet there is something that creates a distance between what we spot as food and our taste for it.

There can be several reasons. Formality is one, because while eatables are portrayed with precision the backdrops are patterns and geometric structures alluding to a mechanical aesthetics – hence unreality of all that is drawn. Perhaps colours, shades or light also contribute to this, as the edible stuff is not well lit, the way you find in pictures of dishes (or their models) at some restaurants. Actually, if one deconstructs her canvases, food is not as inviting as its settings of bright patches and motifs. The yellows, oranges, blues, greens and pinks are all more vivid than the subject matter.

Cooked objects appear to be the real subject of Minaa Mohsin. One wonders why she has picked these ‘almost’ illustrated menus, or visuals of serving dishes loaded with culinary delights. There have already been a few Pakistani artists who use food items in their works, notably Maryam Arsalan.

In order to understand the artist’s portrayal of food as heavy, dull, almost plastic pieces, one needs to see two other paintings from her show (titled Dine In or Take Away? a project of Vasli Artists’ Association that was held from September 2 to 16 at The Gallery T2F, Karachi). These two canvases (from 2013 and 2019) have human presence. A young woman resting next to fresh delivery from a food joint (Winner Winner Chicken Dinner) and two girls on a bed, that extends to a background of striped sheets, curtains, cushion etc (You Might Also Like…).

Although in terms of main motif, the two paintings include a different ‘protagonist’, essentially Mohsin’s figurative works are not dissociated from her food pictures. Human figures and food are both composed in a lavish, often longed-after atmosphere; where you can enjoy what you ordered within the comfort of your bedroom or living area. She portrays a privileged part of the society in her work. This hardly requires determining her own class connection; because artists are not always autobiographical, they have the privilege, prestige and potential to come out of their physical setting to imagine, or even observe, and then comment upon something distant and extraneous.

But let us continue speculating on Mohsin’s social status. The artist studied for a BFA at the NCA (2013), before acquiring an MFA from the Pratt Institute, New York, (2016). None of this detail, her education, or her family background counts, because when we step into her exhibition, we are not aware of, or need these facts. The work takes over, engages with us, and leads to a new direction – maybe to the mind of the artist; not different from her contemporaries.

In his novel, The Notebooks of Don Rigoberto, Mario Vargas Llosa has created a character who instructs his architect to design a house not for people who will live there, but for his collection of 4,000 books and100 artworks. He also asserts that he likes nature, i.e., cows and goats but only when they are “carved, grilled, seasoned… and pounded, shredded, fried, or marinated”. What the Peruvian Nobel Laurate alludes to is a regular happening in our surroundings. We constantly convert other living species and vegetation into food that becomes pricey stuff. I often encounter food delivery boys in the middle of night or early hours waiting outside posh residences, and think of inhabitants who must be relaxing in their sitting rooms, while a poor vendor is at their gate. One can extend the same connection, about an animal, a creature cut and cooked for someone who could afford the cost.

Somehow Minaa Mohsin’s work is not about the celebration or enjoyment of yummy items. One can detect an element of aversion in all of it. Most of us who have observed people eating at restaurants, know how horrible the sight is for an onlooker. The same can be witnessed when guests jump at the dining areas during weddings or other public events. Tongue in cheek, Mohsin’s work, appears to admire food on one hand while at the same instance disclosing a dark side.

More so when we see paintings of food platters on intricate backdrops, installed next to young women perched on a similar kind of busy background. So what is the difference between food and the consumer of the food? Both are the same, equally decorated and displayed in attractive coverings. In that way, women in Mohisn’s paintings are not distinct from food (in many instances a prospective bride brings a trolley laden with all these delights to her future in-laws). On another level, women in our society are not viewed differently from edible items, especially when they are in public spaces.

Minaa Mohsin’s work, created a few years ago, and may be with a different frame of mind, still has the room for some recent – embarrassing – occurrences, perceptions and interpretations of adorable and edible being the same, eradicating the distance between a girl and a grill. 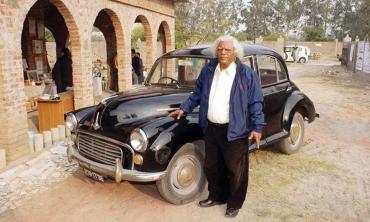 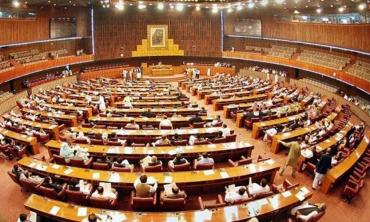 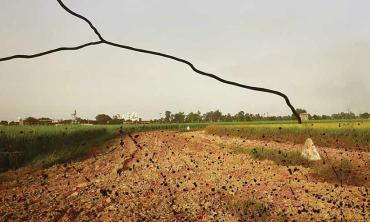